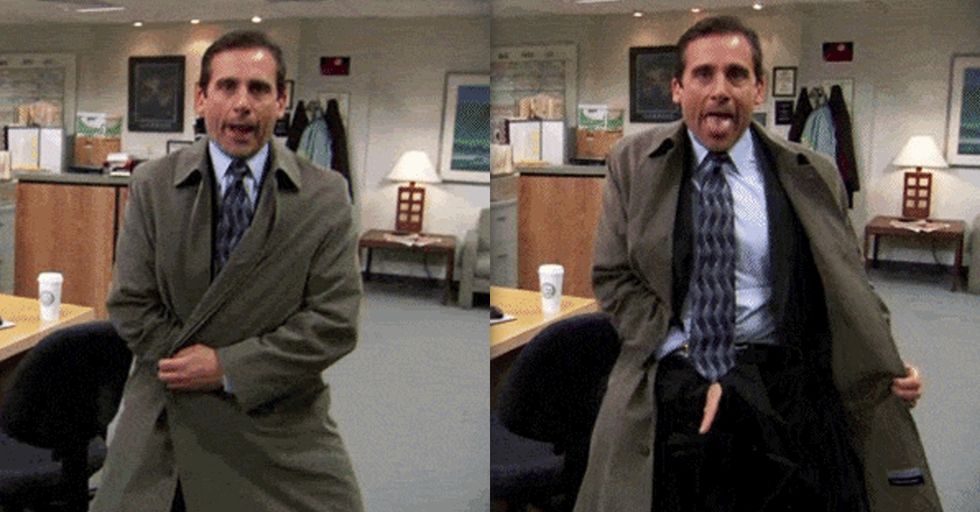 Raise your hand if you have ever had a bad boss. Yeah, I thought so.

Terrible bosses seem to be everywhere. Almost everyone I know (and their mother) have experienced this. Strange things happen when the wrong people are put into positions of authority. And it seems as if these bad bosses have been awful to their employees– no matter what the reason.

The stories below are extreme examples of bosses behaving badly. These presidents, managers, and CEOs are people who took advantage of their position of power to exploit, harass or otherwise mistreat people who were trying to make an honest living. I'm getting angry just thinking about it. These bosses should be ashamed of themselves and their actions. If you are a boss reading this, here are some awful example of how not to treat your employees.

Animator Scott Benson decided to ask this question on #NationalBossDay.

And judging from the more than 2,000 responses he got, people have been mistreated by bosses left and right, all over the world. You should know you are not alone.

What is this unacceptable, veiled threat? Why would you ever say this other than to alienate and make your employee feel unsafe? This is awful.

Well, this is out of line! I have so many questions about why this was even a situation to begin with.

How heartless can you be? Do you have to trade in your soul when you become a boss?

Speaking of heartless, this is in such poor taste I can't even believe it.

@bombsfall In an annual review, when I was asked for feedback, I said everyone was angry that we worked so hard and… https://t.co/YYKxkz0W2s
— Rob Tannenbaum (@Rob Tannenbaum)1539732350.0

Um, this is the opposite of the truth, and I cannot believe the boss said this. A boss is making more than everyone and should be working harder than everyone.

Is this legal? Can you force someone to make a personal purchase in order to keep their job? I feel like this is illegal.

One time, for my one-year anniversary at a company, I was given a couple Hershey's kisses and a token that said "Good job." They should have given me nothing at all.

This is unthinkable. This day was a national tragedy, so all work stopped while people tried to figure out what was going on.

@bombsfall One time at this insurance agency I worked for I mentioned offhandedly during an office wide meeting tha… https://t.co/tlj5UzZzmr
— FLOOR BABA 🌴 (@FLOOR BABA 🌴)1539718941.0

I'm assuming the boss was a man. I think that's a safe assumption.

Do people think about the words that come out of their mouths? How could this person give a more specific timeline about when their aunt would die?

Sure, risk your life to serve some sandwiches. Cookie dough's a good mood, but I would have gone for that broccoli cheddar soup.

This is terrifyingly unsafe and also funny at the same time. You could take off work whenever you wanted and be like "You fired me, don't you remember?"

Oh, the things people get mad about! You're not saving lives here, people. You're drawing pictures out of foamy milk on the tops of coffee cups.

I hope this boss heard what they were saying as it was coming out of their mouth and immediately begged for forgiveness.

Always prioritize dogs over jobs. They are so much more worth it.

@bombsfall Upon laying me off (because of an issue that was really because of a bad management), the company presid… https://t.co/9RQJHotFpN
— Eliza (@Eliza)1539719754.0

Oh my goodness. This gross person should have been fired on the spot.

So many terrible things

These are all horrendous reasons. I love that she tagged him in her post. Get it, girl.

Awful. In what world does a human being act this way toward another human being? Let the man be with this dying wife.

I think astrology is fun but there are some people who take it too far. This guy is one of those people.

Pretty sure you legally can't make people clock out and stick around until there's work again. That's illegal.

"You hung us out to dry," when your grandfather died unexpectedly?! What do you want a person to do? No matter how frustrated you are, you don't take it out on the person whose family member died! Have a little humanity.

Wow, this is inappropriate in pretty much all the ways there are to be inappropriate. Glad this person got out of this situation.

Um, this boss could have killed their employee. In a subsequent tweet, this person explained that it took a full year to recover from this injury.

If you are not allowed a bathroom and lunch break during a 12-hour shift, that is illegal! And immoral! And all the other bad things!

This is wrong and possibly illegal. What a garbage person.

@bombsfall At my first job in high school, I was told my annual raise was conditional upon providing my boss with a… https://t.co/HroyYdZOTp
— Skutch (@Skutch)1539782091.0

This cannot be legal. Also, guess who's on the wrong side of history? I want to know who this person is so I can personally berate him.

@bombsfall Was told there wasn't enough budget to keep me on fulltime, next day they went and bought a two meter ta… https://t.co/4dIHtllXKv
— judge moth (@judge moth)1539718627.0

I've heard stuff like this has happened people I know. Many companies have no idea how to responsibly spend money.

People with jobs are adults. If they are getting their work done, you should have no problem with them being on their cell phones, especially  if they're calling 911.

Plaid to the office

What someone wears has no bearing on how good a job they are doing! Share this with someone who has bad boss frustration.