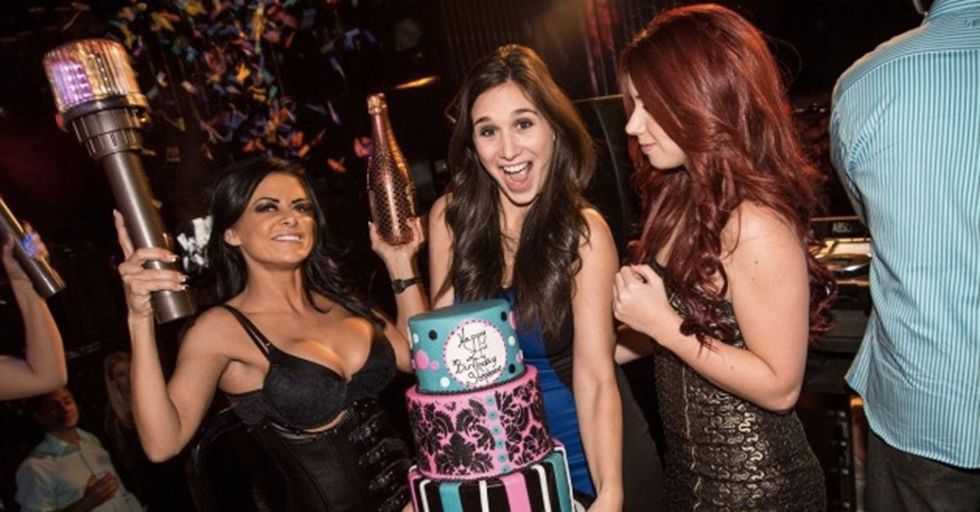 Mandy Kennedy
It turns out, a whole lot of people probably also share your birthday.

Everyone thinks of birthdays as special days, but exactly HOW special are they?

It turns out, a whole lot of people probably also share your birthday.

While there are 365 days in a year, birthdays aren't spread evenly.

So you should see some pretty obvious patterns in the chart below.

Late summer is a pretty popular time, probably because nine months before, in winter, people gotta do SOMETHING to stay warm.

So take a look at your day and see how special it really is.

Odds are, it's not that special at all.

And if you've got February 29th, you probably win outright, considering your day is four times rarer than any other in its appearance on the calendar.

But that doesn't count. Take a look at the chart on the next page and let us know how common your birthday is.

Check out the chart and see how everyone's birthdays are spread throughout the year.

September seems to be the most common month, followed by October.

You want birthdays? Here's a representation of every birthday in the world.

My birthday is at the end of September, and apparently that isn't unique in the slightest.

Did you know that one day is more popular than any others?

Sure, there are a lot of days in the fall, but that's all the help you're going to get.

The middle of September. While it ALMOST traces back to Valentine's Day fun, it's a little early. Those kids would be born later in fall or early winter.

Would knowing you have the most common birthday in the world make you feel more or less special?

Many people could see it cutting both ways.

Unsurprisingly, September is the most common birthday MONTH as well.

I don't know what it is about the holidays that makes parents-to-be so frisky, but...here we are!

Of course, because this is the Internet, we're BOUND to have conflicting info on this sort of thing.

Can you please cite your source with something more than an emoji?

Whether or not your share your bday or have it all to yourself, it's a special day, so celebrate.

Lord knows this kid will if you don't!