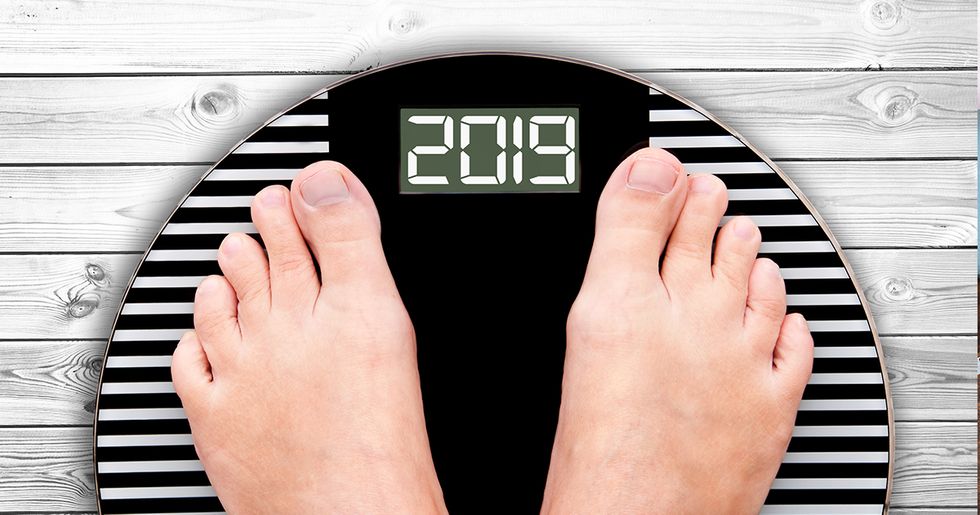 This is How To Keep Exercising in 2019

New Year's has come and gone once again, and tons of people have grand resolutions in mind for this year. But as many of us know, it's not so easy to follow through on your resolutions. Life gets in the way, we lose our momentum, soon enough we've resolved to try again next year instead. This holds especially true for resolutions to make fitness a priority.

So, is there a way to break this cycle? One expert in exercise psychology certainly thinks so. To err is human, and struggle is totally normal. But if you're ready to get in gear and become the fitness wizard you've always dreamed of, keep reading! Here's how to actually keep up with your New Year's resolution.

We're a week into 2019, all the holiday food has finally left our systems– and yeah, now we've got those New Year's resolutions to think about.

As it turns out, one resolution is particularly popular.

If your resolution is to become more active and physically fit, then you're not alone. Far from it, actually. This is the most common resolution this year.

59% of people are saying they'd like to step up the fitness game this year, according to a survey by YouGov.

YouGov also has the deets on last year's resolutions.

Meaning that the site has discovered that 31% of people who made resolutions in 2018 didn't end up sticking to them.

It's not easy to make life adjustments.

A plurality (38% of people) also said that they stuck to "some" of their resolutions. And over half of Americans (54%) didn't even make a resolution, to begin with.

But now it's a new year.

And just over a quarter of Americans (29%) have already confirmed that they've made resolutions this year. It looks like plenty of us are in a similar boat!

And the goal to exercise more takes first prize.

Side note – guess who's really stressed?

The survey also revealed that women are more likely than men (46% to 38% respectively) to make 'reduce stress' a priority this year. Deep breaths, ladies!

Nine out of ten Americans who made resolutions are somewhat or very confident that they'll be able to follow their resolutions this year. But others are making a re-do; 22% say that their 2019 resolution is the same as the one they made in 2018.

The rest of America takes a cynical view of resolutions.

A whopping 80% of Americans believe that “most people probably don’t stick to their New Year’s resolutions." Another 48% believe that making a resolution in the first place is "pointless."

As a country, we don't have the greatest track record.

Only one in five people surveyed (22%) agreed with that “making New Year’s resolutions has helped me improve my life." Meanwhile, 42% disagreed.

How fast does the resolution unravel?

Studies show that 20% of resolutions are broken within the first week of January. It happens that fast!

As the year goes on, more resolutions fail.

Over the course of the first year, 80% of resolutions are broken. Clearly, the statistics aren't in our favor – but there's a number of reasons for these statistics.

And as many have discovered, changing a long-ingrained habit (or forming a totally new one) is not easy, especially when your environment is enabling the old habits and doing nothing to facilitate a new one.

Why do we make resolutions?

Did you know that making resolutions goes all the way back to Babylonian times? That society believed that what you did on the first day of a new year determined what you did for the rest of the year. And that idea has stuck in some form throughout the years – although now a new year is more of just a fresh start for people.

And here's why they fail:

One big reason is this 'all or nothing' mentality that takes over us in the new year. When we start thinking in black and white, we're either keeping the resolution or breaking it.

When we snowball ourselves, turning a minor mistake into a bunch of big ones, we're basically sabotaging ourselves. We get this feeling that our goals are completely unachievable because of one stumble in the road.

So, if you start by missing a workout...

You end up telling yourself it's impossible to reach the level of fitness you're aspiring to. But that's not true, and there are ways to make your goals more achievable.

When you get home from work, get in the habit of putting on workout clothes. It's easy to be daunted at the prospect of exercise, but simply putting on the appropriate clothes makes it seem more accessible and gets you started.

Here's what you could start out thinking:

“A much easier goal would be: ‘All I have to do is walk in the house and take off my work clothes and put on my exercise clothes.’ It’s specific, it’s measurable," says Brandon Alderman, an exercise psychology expert from Rutgers University.  “The idea behind doing that is you’ve met your goal and it’s probably difficult to take those exercise clothes off without actually doing some form of exercise."

You're already there, right?

You've got the clothes on. It'll be another chore to take them off. May as well get some exercise in before you do!

How often should you do this?

Alderman recommends starting out by putting on exercise clothes at least three days a week for the first three months.

Look at the immediate benefits.

When we exercise, we're usually focused on its long-term effects. Specifically, we're thinking about weight loss, and about making ourselves look better. But that's not helpful when starting out, because those benefits don't kick in until after the habit has been established.

So focus on what's happening to your body now.

Alderman suggests that people trying to work out more focus on its immediate benefits. After we exercise, we feel better, reduce our stress, and gain greater mental clarity.

“A more effective approach is almost to be a little bit more selfish or self-centered in terms of exercise and say, ‘I’m going to exercise for 30 minutes five or more days per week for me,’" Alderman said. “We all just need to get up and move more."

Remember to have fun.

In other words, pick a type of exercise you'll actually want to do. Do you hate running? Then try swimming. Or dancing. Anything that will increase your motivation to work out.

America has a problem with being stationary.

So even low-level activity that stops your routine from being completely sedentary is a good thing!

Here's what we should all be aiming for:

According to the government's exercise guidelines, adults should get at least 2 ½ to five hours a week of moderate intensity exercise; or 1 hour, 15 minutes to 2 ½ hours of intense activity every week.

Make sure you've thought your resolution through.

You'd be surprised how often people vow to work out more without realizing what that will really entail. Think about what you want to do, and mentally prepare yourself for it!

So get to work!

With those pointers in mind, you should be able to go forth and handle that New Year's resolution like a boss! Know anybody else with this struggle? Share this article around, and get everyone you know in the right mindset to make the resolution a reality!