Howard Stern Tells Ellen DeGeneres 'If You're a Jerk, Own It' | 22 Words 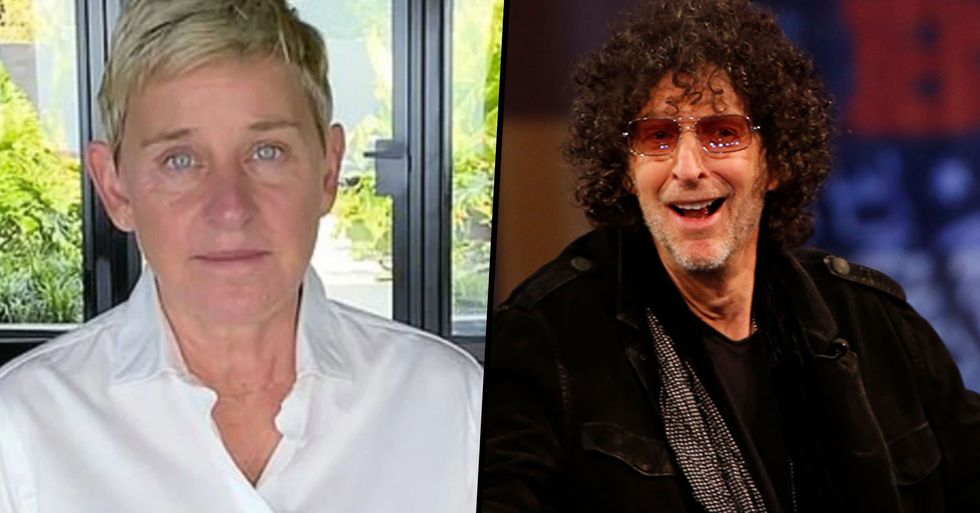 Howard Stern Tells Ellen DeGeneres 'If You're a Jerk, Own It'

Amid the current investigation into The Ellen Show, several celebrities have revealed the terror that went on behind the scenes. But one star has offered some rather strange advice to the disgraced presenter...

In an unexpected turn of events, Howard Stern has come out in support of Ellen DeGeneres.

While celebs left, right and center have been slamming Ellen amid stories of her misconduct, it seems Howard has a more supportive opinion of the controversial star.

However, what he has said has certainly ruffled some feathers.

I wonder what Ellen thinks of all this?

And that's not all. Several celebrities have also spoken out against Ellen.

These include beauty vlogger Nikkie de Jager, who called Ellen "cold and distant."

He worked alongside Ellen on Finding Nemo.

Lea Thompson confirmed the rumors, too.

Not convinced that any of these apologies are genuine.

And who could forget Dakota Johnson.

And the iconic "Actually, that's not true Ellen," interview?

We're not sure this is such a great idea, Howard!

We wonder if she'll take his advice?