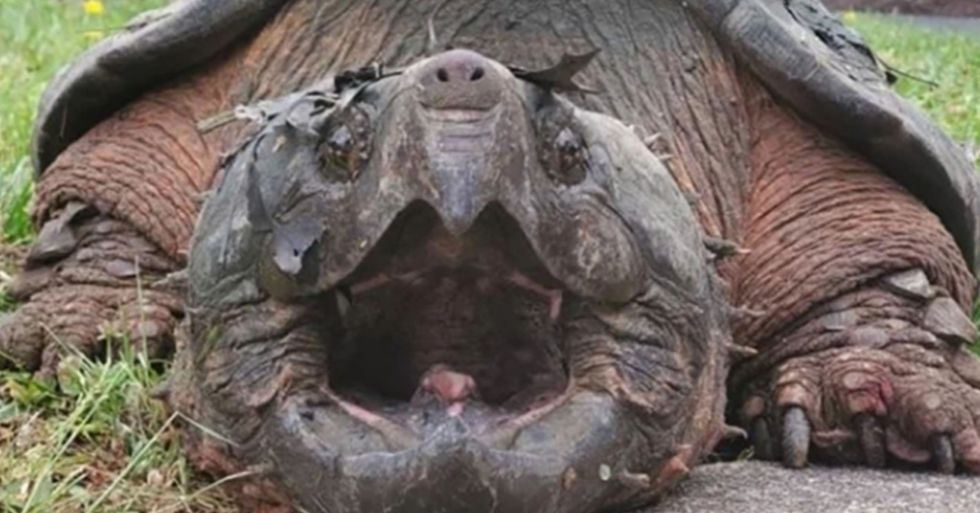 Now, this is something we wouldn't want to stumble across in our front yards...

Well, keep on scrolling to see the world's latest horrifying attraction... an enormous Alligator Snapping Turtle chilling in a suburban area of D.C!

Firstly, we have the Venezuelan Poodle Moth... 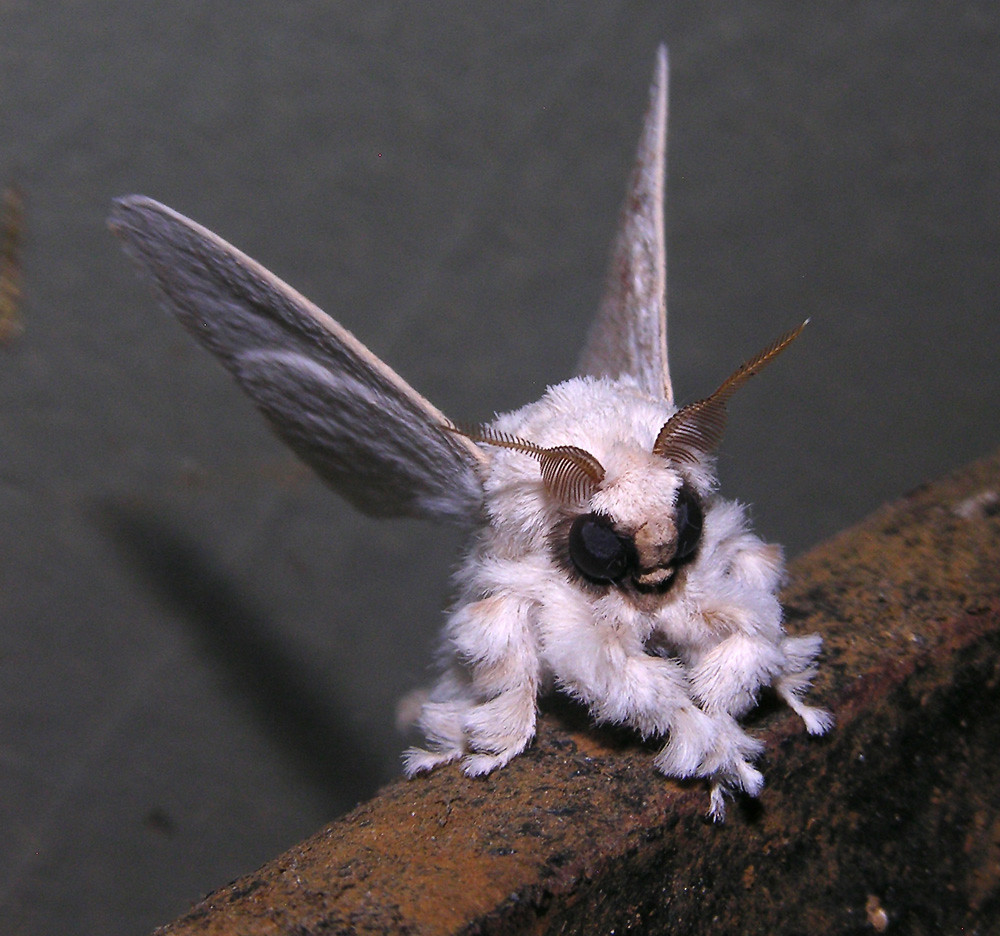 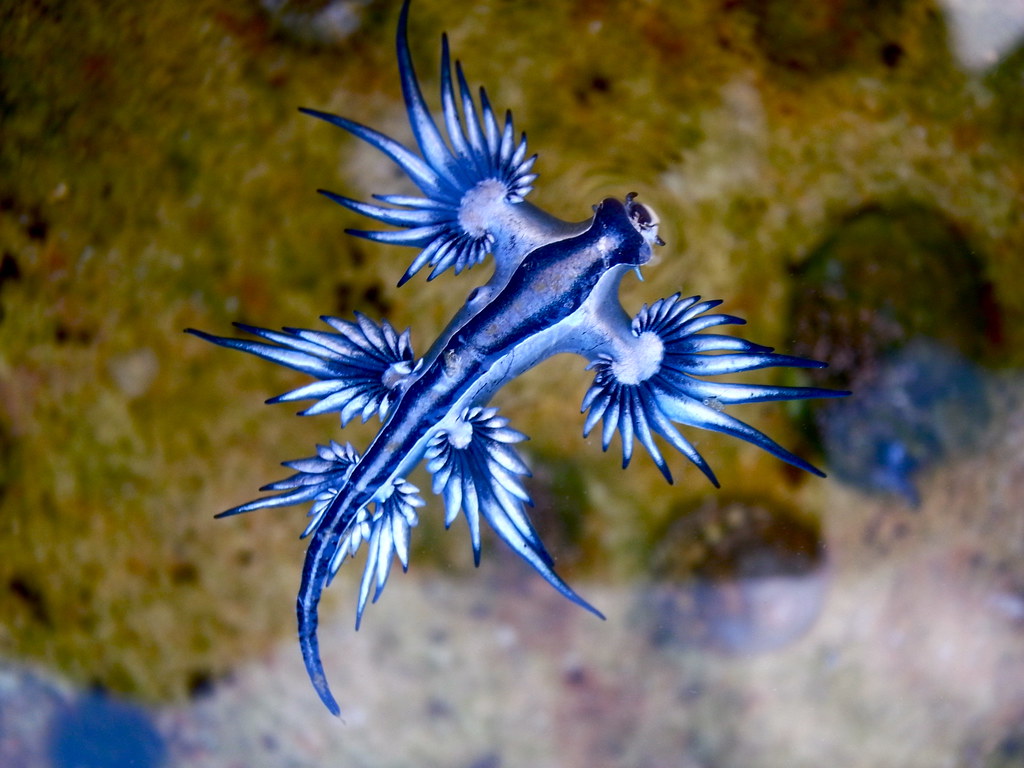 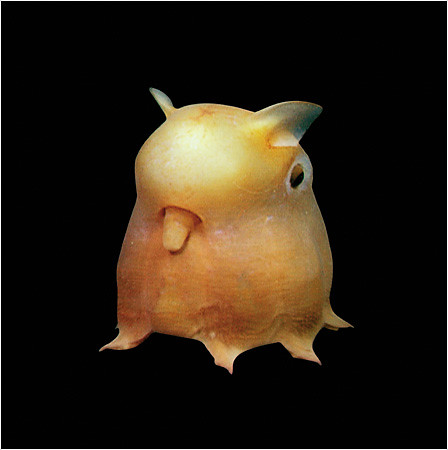 How about a Red-Lipped Batfish? 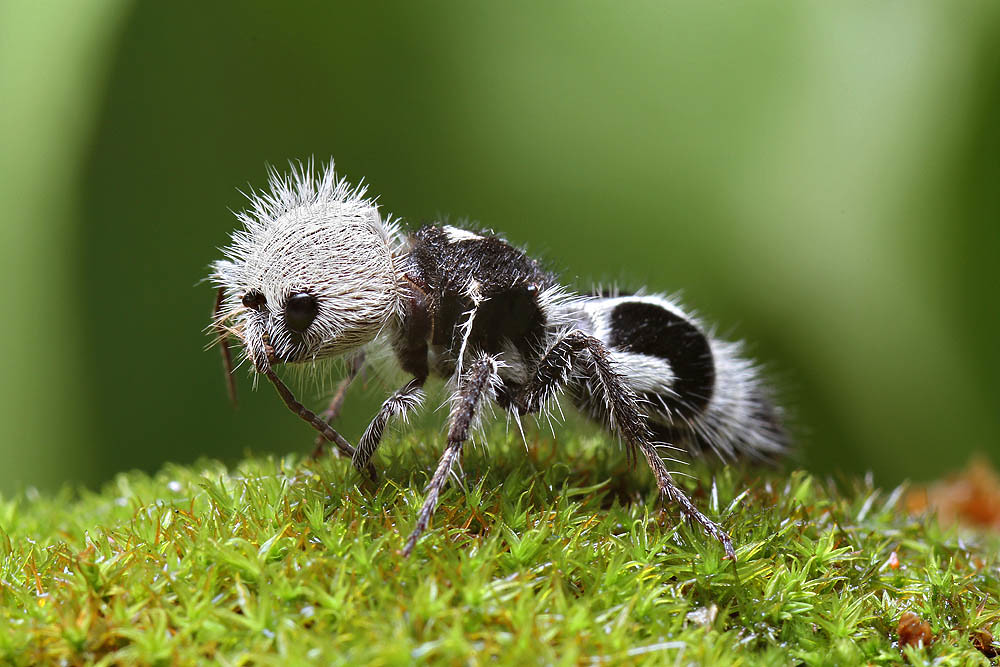 Now we have a Pink Fairy Armadillo...

And finally for today's story...

This species of turtle is given its name due to its immensely powerful jaws and distinct ridges on its shell that are similar in appearance to the rough, ridged skin of an alligator...

And believe me when I say this, you do not want to encounter the jaws of one of these turtles.

Even though these huge turtles are native to the United States...

They aren't native to suburban areas such as Washington D.C... which explains why D.C residents had the shocks of their lives recently when they stumbled upon a sixty-five pound Alligator Snapping Turtle.

The Fairfax County Police reported that they started to get calls about the terrifying creature and alerted animal control back in June of this year.

"Our Animal Protection Police (APP) received a call about a large turtle that was repeatedly crossing the road in a residential area of Alexandria," the Fairfax County Police Department wrote in a June 15 Facebook post alongside pictures of the menacing-looking turtle. "Much to their surprise, it was a 65-pound alligator snapping turtle!"

These types of turtles are very unusual to the area...

"The 'common' snapping turtle is the species native to Virginia, while the alligator snapping turtle is native to river drainages that flow in the Gulf of Mexico, east to Georgia and the panhandle of Florida, and westward to East Texas," the Virginia Department of Game and Inland Fisheries wrote on in a June 11 Facebook post.

Officials believed it was a captive-bred turtle that was released into the wild...

via: Facebook / Virginia Department of Game and Inland Fisheries

And thankfully, the APP safely captured the large animal and transported it to the Fairfax County Animal Shelter before the county’s Wildlife Management Specialist arranged to transfer the turtle to the Virginia Department of Game and Inland Fisheries.

There, they named him Lord Fairfax before he found a permanent home at the Virginia Zoo in Norfolk...

via: Facebook / Virginia Department of Game and Inland Fisheries

And the zoo went on to rename him Yidaro.

Happy endings for Yidaro, of course...

But we'll probably be having nightmares for quite some time now! For some more terrifying animal stories, keep on reading to see the mountain lion that was caught stalking children in a suburban area...