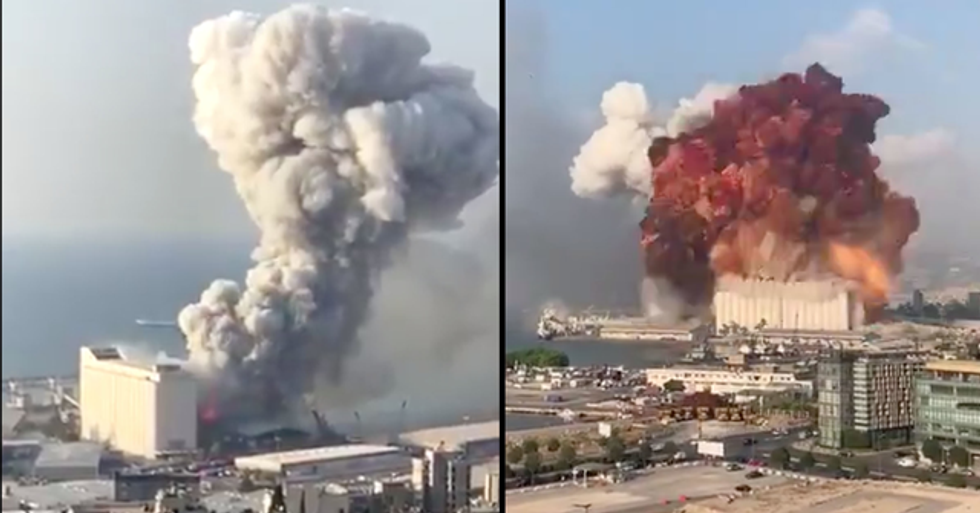 Horrifying footage of a shocking explosion in Lebanon has just been posted online, sparking concern and mass panic all across the globe.

A massive explosion has just rocked the city of Beirut.

Earlier this afternoon, shocking footage of the explosion, which appeared to come from around the Lebanese capital’s port, was posted onto Twitter.

The cause of the blast is currently unknown...

And the number of casualties is yet to be confirmed.

The footage is truly horrifying.

Filmed by a witness standing around 10km away from the blast, the mushroom-cloud explosion can be seen rocking nearby buildings, shattering windows, and demolishing everything in its path.

And footage from the explosion's aftermath is equally as terrifying.

There has been no explanation regarding the cause of the explosion.

This is a video filmed by someone who was standing on his balcony close to the port of #Beirut. First you see big… https://t.co/3icHWgK4Fb
— Jenan Moussa (@Jenan Moussa)1596556730.0

This is a developing story, and we will be posting updates accordingly.