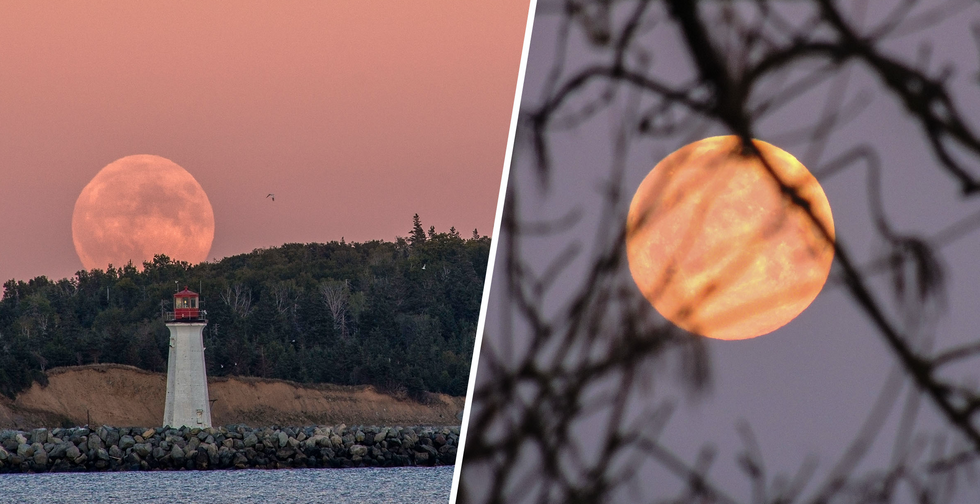 Huge Pink Supermoon to Light up the Sky Next Week

At a time like this in the current pandemic, there has been little to admire. But next week we are in for a treat as there will be a beautiful sight to be seen. And even better, you'll be able to see it from your own home.

Keep reading to find out more about the supermoon that's set to shine...

As there's a pretty exciting event happening next week.

A supermoon will be emerging on April 7th and will be pretty hard to miss.

As it'll be the largest and brightest moon of the year.

Well, it's all to do with the orbit of the moon.

The moon, which will be the very first full moon of the spring season, will have an uneven orbit.

The size and brightness is down to the moon's uneven orbit which is elliptical or oval in shape.

And during this time, the moon will be viewable at different points.

Within the time, we will be able to see the moon at the point that is closest to the earth called perigee.

And also at apogee, where we will see it at the point that it is furthest away from the earth.

"What is commonly called a supermoon happens when the moon comes closest to us, at perigee, and is either at a full moon or new moon phase."

Speaking to Newsweek, Tania de Sales Marques, an astronomer from the Royal Observatory said, "so a full moon is also a supermoon when the full phase coincides with perigee."

He also added, "A full moon coinciding with perigee is an annual event, but since a supermoon is not so strictly defined, the threshold for what's considered a supermoon may vary to also include full moons that come close to perigee."

"This more relaxed definition can give us more than one supermoon per year."

The supermoon is the second out three, that are taking place in a row.

And due to its position, Aprils' will be the biggest and brightest out of the trio.

It really will be a beautiful sight to see, so you don't want to miss it.

And don't worry, you don't have to sit watching out for it all evening as you'll be able to see it most of the evening.

But, despite it being viewable all evening, there will be different times in which you be able to see the moon at its best.

At which point it will be reaching the full moon phase.

So will you be watching?