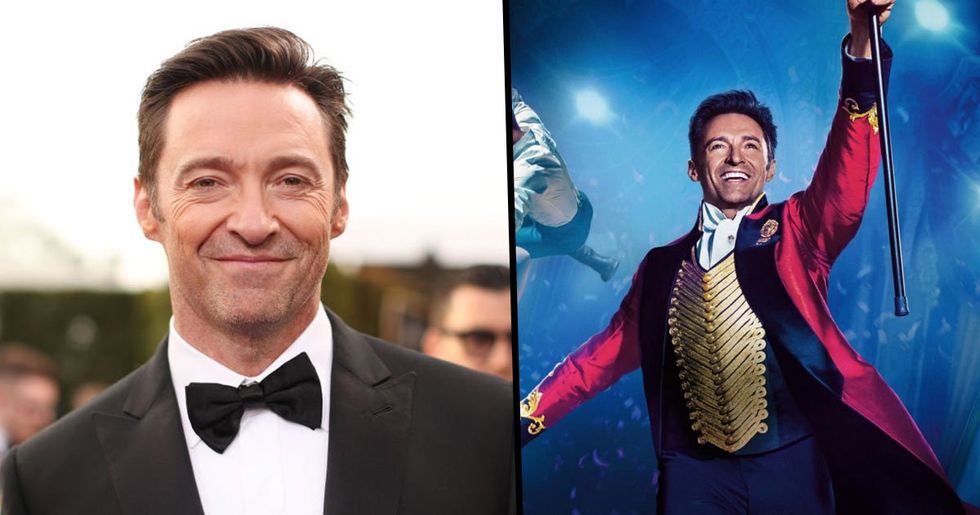 The Greatest Showman made a huge splash when it came out over a year ago.

With its inspiring story and incredible cast, the musical won fans all over the world - it's a good sign when a film's soundtrack remains the top-selling album for almost a whole year and even wins a Grammy!

But its success attracted quite a lot of backlash too. Not everyone agreed that it was worth the hype. Hugh Jackman recently addressed the criticism and how it has affected him. Keep reading to hear more on that.

Jackman also admitted that something truly "great" is happening - and it's coming in the form of a sequel! Whether he was supposed to reveal that or not is another question...

There isn't much information out there about its storyline just yet, but Vanity Fair has made some very promising observations. Read on to find out what we might have in store.

The lead role in The Greatest Showman was Wolverine himself, and the movie was a highlight of 2017.

The musical is based on the true story of P.T. Barnum (although it does digress from that truth slightly...) and follows the revolutionary showman's rise to success.

Casting other A-list actors, including Zac Efron and Zendaya, was a genius move.

The film was so successful, and the music was so great, that The Greatest Showman album dominated the charts for almost an entire year.

It became the best-selling record of 2018 after it had sold 1.6 million copies worldwide, says NME.

But it wasn't only successful in physical sales. The album was also No. 1 in the Most Streamed and Most Downloaded charts.

In the UK, it became "the longest to sit at Number One" album in history.

Jackman even performed "The Greatest Show" at this year's BRIT Awards, over a year after the film was released, according to Vanity Fair. But despite its success in the charts, the musical has received some backlash.

Jackman responded to it, telling NME, "It’s not my world."

"I’m not a recording artist, I’ve done a few cast albums, so my kids and even my wife are getting so sick of it – they’re like, 'It’s the 20th week at Number One!' I’m still excited about it."

"If I invented chocolate ice cream and people came up to me and said 'I hate chocolate,' then alright – that’s ok. There’s loads of people who love it."

He then added, "In the end, I’m a storyteller. I’m an actor who tells stories. Some people didn’t like The Greatest Showman and that’s fine with me."

"If you spend a lot of time on something and nobody likes it, then that’s a little difficult because you think 'Wow, I’ve really gone off track here. I really thought this would connect and it didn’t.'"

"Of course people are sniffy; it’s quite commercial, it’s down the middle, there are people who wanted us to do different things with the character than what we were doing."

At the moment, Jackman is getting ready for The Greatest Showman European and UK tour that starts in May and continues through June, ending just before Glastonbury Festival 2019.

NME wondered if that means Jackman and the crew will make a guest appearance at the festival.

Unfortunately, as much as he would love that, Jackman's supposed to be back in the US before the festival even begins. He said, "Yeah [I’d like to play], but I’ve never heard of this before. You’re the first person to mention this so I don’t know if you have any contacts…"

Meanwhile, the movie's fans have been praying for a miracle: The Greatest Showman sequel.

The Hook says they've been doing exactly that for quite a while now. And it seems that their prayers have been heard.

Jackman recently did an interview with BBC Radio 2 about his new film, Missing Link.

Naturally, the conversation took a turn and ended with the actor spilling everything he knows about The Greatest Showman sequel, admitting that something is already in the works.

"I’m being completely honest with you, there is talk of something going around but no one is really sure."

"I think right now there’s more emphasis being put on what will happen with 'I was doing my show, will there be another live version.' No one is really sure right now, so that’s the honest truth."

Jackman has also previously told BBC Radio 5 Live that he'd love to do a sequel.

"If a genuine opportunity came up where it felt like the right thing to do, then yep, I’d get the top hat back out," he said at the time.

"We have a situation in the business where the company that did it has been sold to Disney, so there are a lot of spinning plates right now."

"I’m not sure what they would do, but it did take a while to get the first one up, and it’s not to be underestimated how difficult it is to get a musical up and going."

"But it’s clear to me and to everyone that people love these characters. I loved this movie, I loved this character and it was one of the great joys of my life."

The musical's director, Michael Gracey, has also told The Sun that real talk about a sequel is going on, not just whispers.

He said, "When a movie becomes as big a success as this, it’s only natural there is demand for a sequel. So those discussions have started and we are working on one right now."

The film made $435 million from movie tickets alone, surpassing its initial budget five times. It also won a Grammy last year, let's not forget that.

If not for the fans’ entertainment, then for their sanity, the movie has to happen. The show must go on!

We don’t know how much longer we can live with "This is Me" playing on repeat in our heads. We need new songs to root in our brains.

It's obviously way too early for any hints on what the storyline might be just yet. Most likely, the full plot probably doesn't even exist yet. But Vanity Fair has come up with a few pretty good guesses.

The first film wrapped up P.T. Barnum's story quite neatly as he found balance between his career and family life.

However, the real-life Barnum's story got even more interesting after that point. He became more involved in politics, attempted and failed a run for Congress, then became a Republican representative for his town and eventually became the mayor of Bridgeport, Connecticut. Personally, we would love to see Jackman's character get involved in political issues since the topic is so relevant today. But it's just as likely that the creators of The Greatest Showman will come up with something completely different and even more surprising. We'll just have to wait and see!