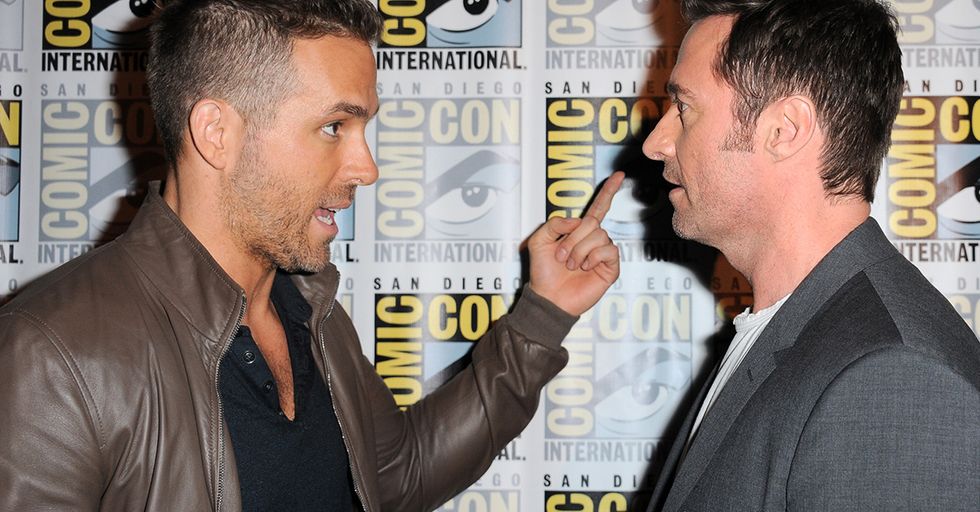 Ryan Reynolds and Hugh Jackman are two of the biggest stars in Hollywood today, and they actually have a lot in common. Both have acted in incredibly successful superhero franchises, playing fan-favorites Deadpool and Wolverine respectively. Both have led a some classic, heartwarming romantic comedies — but they’ve also proven their acting chops with a number of dramatic roles too.

Both Reynolds and Jackman were born outside the United States, they measure at a height of 6’2’’, and have been named People’s “Sexiest Man Alive.” Oh, and both of them are obsessed with roasting the heck out of each other on social media.

While the actors have been developing their unique friendship since they appeared alongside each other in X-Men Origins: Wolverine, their feud has also been slowly escalating over the last few years with the emergence of public pranking opportunities on social media. Although Jackman and Reynolds recently announced a truce, their latest stunt suggests the feud is far from over.

Ryan Reynolds and Hugh Jackman have a longstanding feud.

They constantly roast each other the way only real buds can. It seems pretty fundamental to their friendship.

As much as these boys tease each other, it’s pretty obvious the love is all real.

We can’t wait to see how they take things further in the next round. It’s your move, Reynolds!