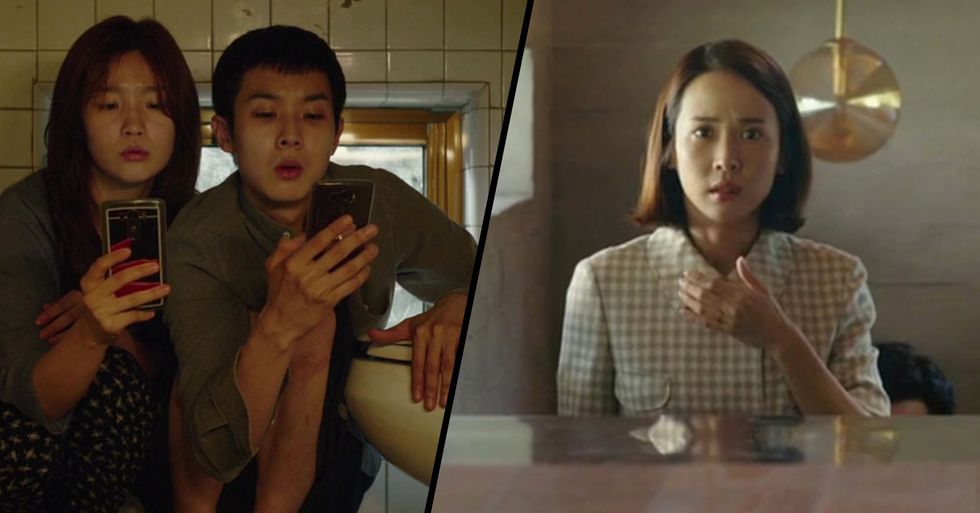 But of course, some people had negative things to say about it and Hulu had the best way of dealing with these trolls.

Keep scrolling to check out the complete savagery...

We have never needed Hulu more than we do now...

Lockdowns have been implemented all around the world and millions have been left confided indoors... meaning lots of TV-binging will be getting done.

Hulu is one of the most popular streaming services here in the United States...

And it has everything.

Hulu was launched in 2007 and since then, the streaming service has come in leaps and bounds offering an endless selection of movies and TV.

Even though the company hasn't stated the size of its library...

It has been estimated that has approximately 1,650 TV shows and over 2,500 movies. Now, that's a lot of binging!

And what users love so much about the streaming service...

It is constantly updating its library with new and up-to-date content.

And their most recent addition is a pretty special one...

Parasite is now available for users to watch.

Parasite is a 4-time Oscar-winning movie that was released in South Korea last year, and it most certainly lives up to that title.

It was written and directed by Bong Joon Ho.

Based in Seoul, the movie follows a poor family, the Kims, who con their way into becoming the servants of a rich family, the Parks. But things don't turn out as quite expected, and the Kims find themselves digging themselves into an inescapable deep hole.

It is unbelievably gripping...

And Bong Joon Ho's direction of the whole thing was simply beautiful.

Predictably, reviews of Parasite were phenomenal.

"What I will say is that this film, more than just about any other I've seen, put me through so many different emotional states during its 132-minute runtime, and did so without ever feeling muddled or tonally inconsistent. Parts of this movie were hilarious. Parts were heartbreaking. Other parts were insanely suspenseful," one user wrote on IMDB.

Hulu subscribers are overjoyed with the fact that this incredible movie is now ready at the click of a button.

There are some people out there who aren't impressed (somehow) with this new addition.

One Twitter user decided to voice his opinion directly to Hulu.

Another user then decided to get involved...

"It’s not in English, no one wants to watch a movie that they literally have to read to understand what’s going on. Sound is such a huge part of movies and it being in a different language is so weird," they ignorantly wrote.

And this is when Hulu completely shut down these narrow-minded people.

"If you don't want to read subtitles, you can always learn Korean!" they simply wrote. Mic drop.

There is a reason why Parasite won so many awards...

@janette2723hobi @hulu @DaveGardiner11 @Frentecivico I feel sorry for people like that. So ignorant of the best experiences in life..
— Phil Pearson (@Phil Pearson)1586379638.0

And for someone to judge a movie because it isn't in English is extremely ignorant and narrow-minded.

And we all feel that whoever was behind the Hulu Twitter account well and truly put these people in their place.

Subtitles shouldn't be a reason to not watch a movie...

For more on Parasite...

Keep scrolling to learn about it's Oscar wins...
20%