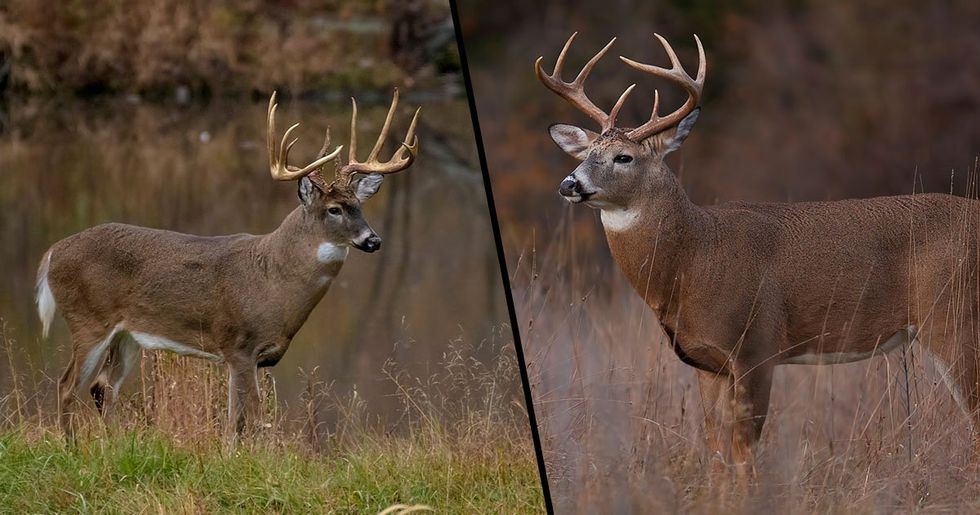 Hunter Dies After Being Attacked by Deer He Just Shot

When it comes to hunting animals for sport, opinions are usually pretty divided.

The idea of killing an innocent animal, purely in the name of sport is rather problematic. Many believe that hunting is wrong and should be completely illegal.

Of course, hunting comes with many risks, due to the interaction with wild animals. One hunter from Arkansas met this fate when hunting a deer, which after being shot, unexpectedly attacked the man, which resulted in his death.

Hunting is still legal in many U.S. states.

And it is still very much a very popular sport.

Many people enjoy to take part in hunting. Especially here in the States, these individuals simply ignore the protests that demonstrate how hunting is cruel and inhumane.

Arkansas hunting law is passed and administered by the Arkansas Game and Fishing Commission, and it allows hunting licenses to applicants over the age of sixteen.

It isn't straight forward to get one of these licenses...

Since 1968, state law has required that Arkansas residents who are born on or after that year to carry a card certifying completion of a "Hunter Education" course for hunting in Arkansas, unless they are under the age of sixteen and are being directly supervised by a hunter with a Hunter Education card who is at least twenty-one-years-old.

Deer are one of the most popular targets for hunting in Arkansas.

They are well known for their timid and placid natures and are not known to be aggressive unless defending young.

But a deer recently in Arkansas did the unexpected ...

Thomas Alexander, who was sixty-six-years-old, was hunting near the small city of Yellville, in Marion County when he managed to successfully shoot down a buck deer.

The rule of hunting is to ensure the animal is dead by leaving it unattended for at least thirty minutes.

According to Keith Stephens, Chief of Communications at the Arkansas Game and Fish Commission (AGFC), Alexander then approached the deer to check if he had killed it.

"I've worked for the Game and Fish Commission for 20 years, and it's one of the stranger things that's happened," Stephens told KY3. "I don't know how long he left it there, but he went up to check it to make sure it was dead. And evidently it wasn't," he said.

Stephens went on to say that the deer then attacked Alexander while he was inspecting the animal, leaving him with serious injuries. "It got back up, and he had several puncture wounds on his body," Stephens said.

It was reported that the hunter's injuries were severe...

But despite his injuries, Alexander was able to call his family who alerted emergency responders and he was subsequently rushed to a nearby hospital.

Sadly, medical responders were unable to save him.

He was pronounced dead in the hospital.

The cause of Alexander's death is currently unknown...

Stephens said that Alexander's exact cause of death has not been determined. The injuries inflicted by the deer may have killed him, but another cause, like a heart attack, cannot be ruled out.

This is an extremely rare occurrence.

However, Stephens recalls a similar incident occurring in Ashley County, Arkansas, a few years ago. But in that instance, the victim had luck on their side. "There was somebody that did get stuck by a buck's antlers, and this was about four years ago. And it was pretty significant, but they did survive," he said.

Hunters must always be cautious...

The AGFC urges hunters to be careful when approaching deer that they have just shot, making sure to leave them for around half an hour to be certain that the animal is not still alive. "When you get up there, be really careful around it because it may not be dead. But if you let them lay there for a while and they don't move, and he may have done that. We just don't know," he said.

The current condition of the deer is also unknown.

The fact that the deer reportedly had "several puncture wounds" on its body suggests it may have been suffering from zombie deer disease.

This is scientifically known as Chronic Wasting Disease.

CWD is a prion disease that affects deer, elk, reindeer, sika deer and moose, and it has been found in some areas of North America, including Canada and the United States.

Animals affected with the disease can appear to be "the walking dead."

When the disease infects an animal, it eats away at its brain, causing a cascade of symptoms that resemble dementia, and eventually lead to death.

This demonstrates not only the danger of hunting...

But it also demonstrates how the act of killing animals can ultimately lead to severe harm and death amongst us humans. To keep reading about the hunting community, keep scrolling to learn about the man who takes pride in hunting polar bears...