Hunter Who Has Killed Over 5,000 Elephants, Lions and Hippos Says He Has No Regrets | 22 Words 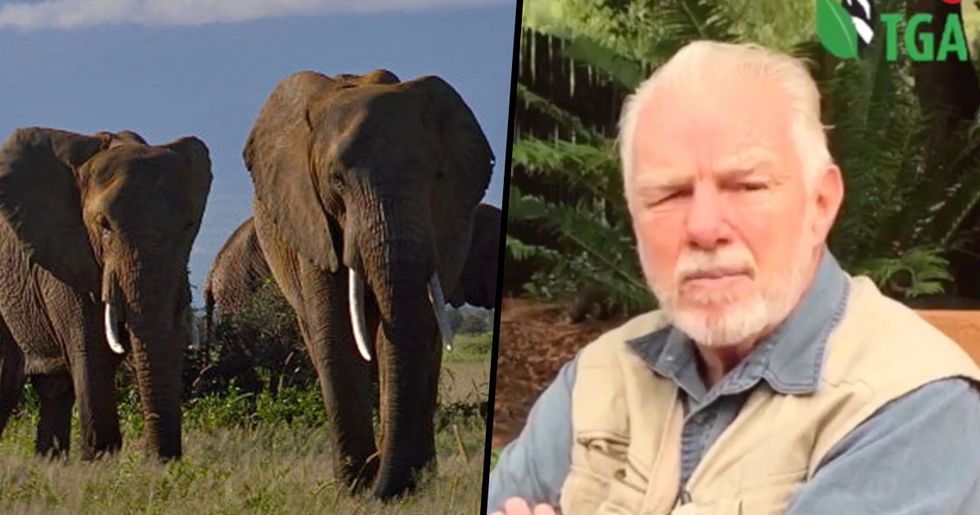 Hunter Who Has Killed Over 5,000 Elephants, Lions and Hippos Says He Has No Regrets

The world is a beautiful place, one flowing with exotic and exuberant life…

From the vast grasslands of Africa, to the coral kingdoms of the seven seas. Our world is a gorgeous place, still surprising us with new and curious lifeforms. But for all the beauty in the world, there seems to be plenty of ugliness to match it.

Our world may be brimming with outlandish wildlife, but some people don’t see these animals as facets of our world, but rather as targets to hunt down and kill.

Sadly, social media is still plagued by images of slain lions, with smiling hunters looming over their sad corpses. And although many have called for a ban of the sport, it seems that it won’t be going anywhere and that the hunters are not ready to redeem themselves for the lives they have taken.

Born in Zimbabwe, Thomson, at 80-years-old, is one of the most prolific wildlife hunters in the world.

Believe us, if you can think of an animal, he’s probably killed one.

His misdeeds have even been documented in a report.

The report, which you can find here, documented the elephant population in Africa, and how it had plummeted over recent years.

And the numbers are staggering.

It seems that Thomson has been hunting for a very long time, as in his lifetime he has been able to kill around 5,000 elephants.

But that’s not all…

Thomason can also claim the souls of 50 Hippos.

But the carnage doesn’t end there.

According to Thomson’s own website, yes he has one, he has also killed 800 buffalo, 60 lions and 40 leopards.

But it seems he isn’t ashamed.

Thomson even announced recently that he was “10,000 times" unrepentant.

Thomson does have a reason for his response.

Thomson has spent most of his life ranging various African national parks, but has since admitted that he did not hunt the animals to quench his bloodlust.

In fact, he believes he is helping the animals. By killing them.

Instead, he claimed that killing the animals helped to maintain both their populations and environments.

Stating that the animals could risk destroying themselves.

As Thomson stated: "If key species were not reduced, their growing numbers would destroy their own habitats."

He also believes that people spread lies about game hunting.

Thomson also went on to criticise western conservationists of spreading “lies" about hunting to extract money from the public, while not actually knowing a single thing about wildlife preservation.

But the elephant population is still dwindling.

Showing how these beautiful creatures suffer.

The Great Elephant Census, which was finalised in 2016, showed that the population of elephants in African countries had dropped 30 percent.

Thomson still refuses to be branded a trophy hunter.

Instead, he argues that his job concerned major population reduction.

He also doesn’t hunt as much as he used to.

Recently, Thomson has somewhat retired from hunting and he is only going if asked.

He cited his long hunting history as the reason for this.

“I’ve done enough in my lifetime to satisfy any ‘bloodlust’ people may think I have. It wasn’t bloodlust – it was my job."

And he made sure to kill them with one shot.

Thomson also stated that he knew he would have to kill the hunt with one shot.

"I didn’t have any sentiment. I’m totally unrepentant, a hundred – ten thousand – times over for any of the hunting I’ve done because that’s not the problem. The problem is we’ve got a bunch of so-called experts from the West telling us what to do. I’m a trained university ecologist – I must surely know something about this."

He also wishes he could talk sense into more people.

“I wish I could take you by the shoulders and shake you hard and say ‘don’t assume everything you’ve heard is correct’".

Thomson also believes that the elephant population is fine.

"The African elephant is nowhere near extinct. People who say this are animal-right-ist NGOs who ask for money and tell lies to get it. When you have a healthy population you must ensure they don’t increase beyond the capacity of their habitat." Not so sure he knows what he’s talking about here.

But animals are still being killed as trophies.

The CBTH discovered that 1.7 million trophies were illegally traded between 2004-2014.

All from threatened species!

All these trophies were taken from endangered or threatened species.

Sadly, lions have fared the worst.

With the large cats losing more of their lives to trophy hunting from 2004 onwards.

The hunting industry is out of control.

According to Eduardo Goncalves, founder of the campaign: "Trophy hunting is a cruel and abhorrent hangover from colonial times. The recent surge in elephant hunting shows the industry is out of control."

And the hunting of elephants can affect the species in other ways.

"The African elephant population as a whole is in very serious decline," said Goncalves. "There are numerous instances of ‘management culling’ being used as a cover for trophy-hunting. Hunting and ‘culling’ can create more human-wildlife conflict issues than they solve. If you remove a mature elephant bull from a herd, young males often display behaviour similar to juvenile delinquency among humans. This causes more conflict and persecution."

Showing how much damage hunting can do.

Yet it is still rife within African national parks till this day.

And the evidence is all around.

To this day, social media sites are still plagued by trophy hunters posting photos of their recent kills.

Something which caused internet uproar.

Many fellow users have taken offence to such images.

Particularly when they showcase the brutality humans can commit.

By posting these pictures, the hunters in question may not think much at all but what they have done is taken a life and a piece of our beautiful world.

Let’s hope that our future is one where trophy hunting is forever banned.

Because we only have one planet, and we need to share it as best as we can.