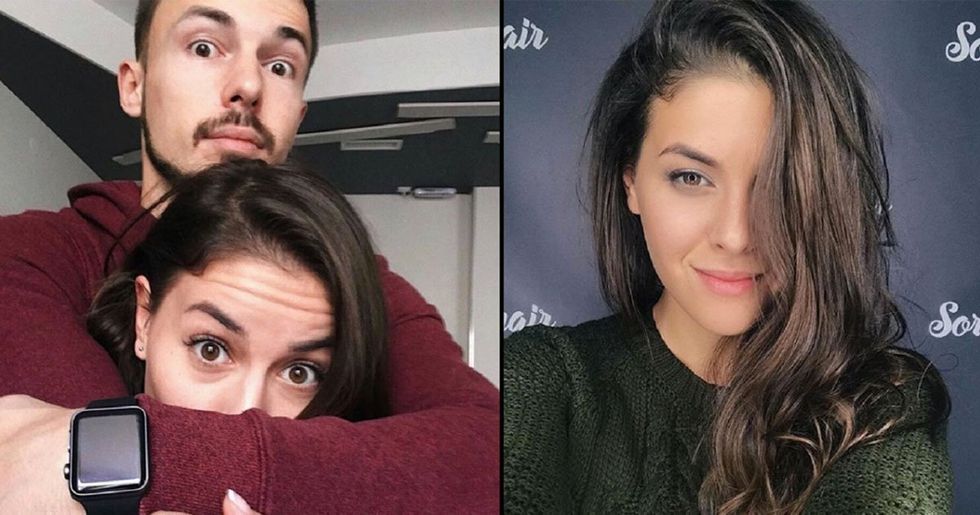 However, this week, I discovered it to be more than just that. Instagram has now become the ultimate testing ground for relationships. And, no, what I'm about to tell you about is not just a simple case of sliding into someone else's DMs, but I'm sure that was involved too.. This story involves lies, deceit, and a keen eye for detail.

I've said it before, and I'll say it again, be careful what you share on the internet, guys.

Relationships are constantly being plastered all over the internet.

Nothing stays private anymore, especially not in relationships. It always starts with one picture, which leads to ten more, and, before you know it, your whole feed is just a montage of cute moments with your boyfriend.

However, not all moments are necessarily "cute..."

Recently, a social trend swept the globe, wherein girlfriends were exposing their boyfriends' "mushy texts" in relation to their savage Instagram posts.

And the results were more hilarious than we expected...

Think of it like this. Your boyfriend is refusing to say that he loves you in front of his friends, fearing that it would make him look uncool, but when you get home, he's telling you how he can't possibly survive without you.

This trend was the millennial equivalent to that particular scenario.

Here are some of the most awkward posts that made us all laugh!

Where the only thing that she is to him is his "bro-ski."

A lovely string of texts that every girl wants to see...

Yikes... bet she wasn't happy about that one.

This one really wins it for me. From random "I love you" messages...

To getting compared to Lord Farquad.

But this story, by far, gets the award for the most awkward Instagram revelation ever.

As you can see, couples really love exposing each other on Twitter. However, this story is completely different from the rest... Prepare yourselves!

Imagine finding out that your partner was cheating on you via Instagram.

It's already hard enough swallowing the bitter pill that they are being unfaithful. It can only be worse having to find out via social media along with the rest of the world.

That's exactly what happened to a woman in Russia.

Yulia Agranovych found out that her husband was being unfaithful because the woman that he was cheating with made a rookie mistake.

And this one little mistake lead to a very big disaster.

As Agranovych was scrolling through her feed, she noticed something strange. This is what she had to say when she spoke to Russian news network Ren-TV. As reported by The Independent, she commented on the situation saying: "I wasn’t searching for anything, it was a normal morning."

She stumbled across an account owned by Vlada Abramovich.

She ended up having a scroll through the account because they had quite a few mutual friends. I mean, we've all done it.

The concept of being nosey doesn't exist on Instagram.

Especially if your account isn't set on private. One may refer to it as social stalking... "stalking" is used lightly in this context. So, naturally, Agranovych had a little snoop.

As she scrolled through Abramovich's account, one particular photo caught her eye and you'll never believe what it was...

"How did this photograph end up on another girl's account?," she wondered as she stared at a picture of the city from her very own bedroom window.

The furious wife did the only thing that she could think of at the time.

She commented on the photo writing: "Beautiful view from my husband’s bedroom." Yikes.

I bet you can guess what happened next.

Of course, she confronted the cheating pair. Despite being caught red-handed, the pair continuously denied the accusations.

Give me a break, you've been exposed!

You would think that the only option left would be honesty, but her husband, Nazar Grynko, decided to go down the opposite path.

He kept insisting that Abramovich was not his "mistress..."

Instead, he put together an elaborate reason as to what the girl was doing in his bedroom. He claimed she was a friend’s girlfriend who took the picture from his bedroom window when he invited his friends over for a drink before going to watch a film.

But Agranovych was not having any of it.

She hit back saying: "When the guests came, they would have headed to the kitchen to drink tea – not to the bedroom." Exactly. Just give it up!

But he stuck to his lies. That was until the "mistress" piped up.

She wasn't playing along with it. She was disgustingly unapologetic about the whole thing saying: "She is his wife, not mine, what’s the problem?"

"Is he just a vegetable without free will?"

No, he's not a vegetable. He's a man in a committed relationship. One thing that I will never understand is why people cheat. If you're not happy in the relationship, then end it and leave. That way, you can find someone who actually makes you happy as opposed to hurting someone that you once loved.

Her nonchalant attitude about the whole affair meant that the love rat had to come clean.

Grynko was left with no other option but to come clean about what he had done. And you will never believe what he said in attempt to make it all better...

During his confession, which was in no way as heartfelt as his excuse, he said one of the worst possible things.

He claimed that he was never "mentally unfaithful" to his wife. Just physically then? He also added the fact that he told every girl that he was married... Yeah, he wasn't not helping himself.

I don't think that he could have said anything to make it better.

Agranovych was beyond furious with him, as anyone would be. She even went as far as to contact the multiple other women that he had cheated with.

According to her, they were a lot more apologetic than the first girl.

"The other girls were much more pleasant, one even crying on the phone to me, saying she had no idea he was married."

It's safe to say that their relationship ended shortly after this discovery.

She confirmed that divorce was the only option left, saying: "If he finds a woman who is ready to be with him, and to accept it, let them be happy together." Well, he's been publicly exposed as a cheater. I don't think that he'll be in a stable relationship any time soon.

Agranovych was just happy that she found out before the pair decided to start a family.

So what have we learned from this? Don't share pictures of city views from a married man's bedroom. Or better yet, don't cheat in the first place.