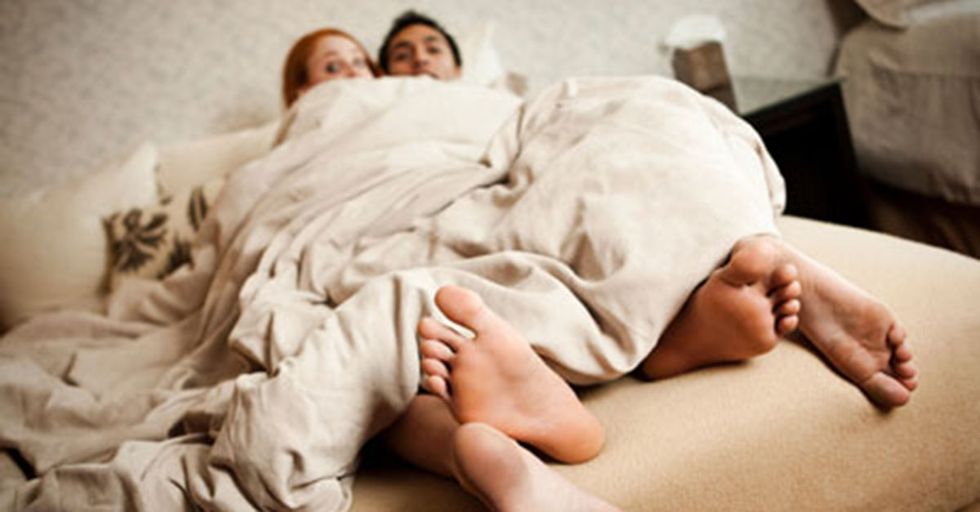 Husband Finds Out His Wife Is Cheating On Him, Then Throws Her a Party She'll Never Forget

There's nothing worse than the feeling that something's wrong in a relationship. When one partner fears that the problems stem from infidelity, things get even worse.

Paul and Amber had been happily married for several years, but it was clear that their relationships wasn't what it once was. Follow their story below and the amazing stunt he swung to end things once and for all.

In recent months, Amber had become withdrawn from Paul, spending time texting, keeping to herself, or leaving the house for hours at a time.

His efforts to talk about the issues and even suggestions of couples counseling were ignored by Amber.

During one trip to the store, he realized she had been gone for three hours.

When he confronted her, she became defensive and implied that he needed to give her space to do what made her happy.

Similarly, her office job, which had been close to a 9-5, was keeping her later and later.

It wasn't hard for Paul's suspicions and imagination to run wild. Rather than get aggressive or confrontational, he waited for proof.

Though he wanted to follow her, both his family and friends urged him not to...

...they said regardless of the outcome and suspicions, he needed to stick to his principles. So he did...for a while.

With her birthday on the horizon, Paul was hoping to use a celebration or a romantic night out to talk things over and hopefully mend the tear in their relationship.

Predictably, Amber balked at the idea, saying she didn't feel like a celebration, instead saying she wanted to pamper herself at home, suggesting that Paul take off for the weekend on a guy's trip and they'd discuss things when he got back. So he actually agreed to that. But later that week, he found a bottle of champagne in the trash that he never remembered Amber buying or drinking. He was sure something was up, so he crafted a deviously brilliant plan.

He invited their friends and family over for a surprise party to honor Amber.

(You can probably see where this is going now.)

Clearly, he was engineering something that would just shame his wife, but blow up his marriage.

Given what he suspected, it wasn't worth saving, presumably.

He told everyone that she was going to be home, so they should convene at the neighbor's place at 7:15 sharp, then sneak into the house.

...so they did! He had seen a strange car in the driveway, so he knew what everyone was in for.

BOOM! As the well-wishers entered, they were treated to quite a sight.

Of course, this isn't necessarily a happy ending, but Paul had felt this way for a while, so he opted to treat his cheating wife to public shame to help get some closure. Even after the big reveal, there WERE some unanswered question that you might have as well...

He actually did it.

We're sadly not sure what the future held for this couple, but if Amber was going to carry on with a happy relationship, Paul wouldn't be on the other side of it.

I'm sure this is going to be one party that Amber, Paul, and the guests ALL remember.

The guests had no idea what they were in for.

At least Paul knew going into this!

So, we still have one more question about this party gone awry (or correct, based on how you look at it).

What became of the party?

I mean, people came for a party.

I'd like to think that they showed Amber and her "friend" the door, then partied like it was 1999.