I'm a Young, Black, Female Liberal and I Actually Agree With One of Trump’s Executive Orders | 22 Words 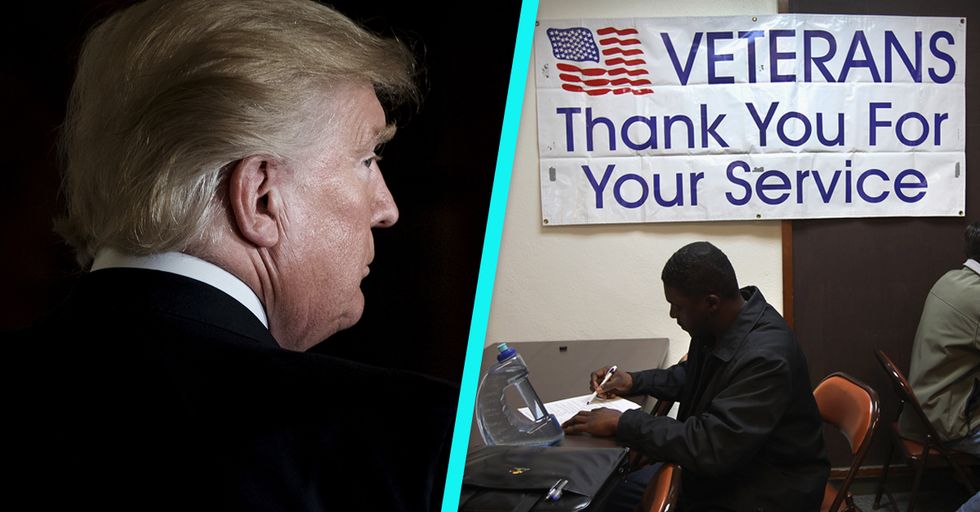 I'm a Young, Black, Female Liberal and I Actually Agree With One of Trump’s Executive Orders

I am not a Trump supporter.

Scratch that. I am the farthest thing from a Trump supporter that is physically possible. Even during his The Apprentice days, the man always left me with a bad taste in his mouth. I've always seen him as the worst sort of bully – a plutocrat who uses his wealth and power to run roughshod over others.

When he announced he would be running for president, my distaste amplified to alarm. Trump is actually dangerous for someone like me. I am a black female liberal – all the things Trump abhors. If I were gay or trans, I would be even more detestable in he and his follower's books. And I would be even more vulnerable.
The Trump presidency has made the world dangerous for people like me. In the months since Trump ascended to power, hate crimes rose 20 percent. Day after day, I would see reports about Nazis and the alt right flood my varied social media timelines, and I was afraid and angry.
I used to think the world was a relatively good place, that people were decent at their core. Now I'm not so sure. The Trump presidency laid bare to me the fact that there are people in the world who see me and others like me as inferior and unwelcome.
It is not a pleasant feeling, understanding this. Knowing that when you walk into a room there might a person who is smiling at you while thinking that you are an unwelcome and disgusting addition they do not want to deal with.
Needless to say, my feelings on Trump are numerous and sharply nuanced towards disgust, anger, and fear. So imagine my shock when I discovered that Trump and I share similar feelings on a particular issue – veteran mental health.

It is Our Job As Veterans Mentors To Let Our Fellow Veteran’s Know That We Do Understand That Post Traumatic Stress… https://t.co/qR418lcVfT
— BxVetCourtMentors (@BxVetCourtMentors)1515596523.0

Military veterans are a particularly vulnerable group when it comes to mental health. As the Washington Post explains, "about 20 veterans per day commit suicide." If this statistic isn't alarming enough:

Veterans are particularly vulnerable in the period directly after they leave the military – a period during which many don't have access to their military benefits. On Tuesday, Trump signed an executive order aiming to rectify this situation.

The order, which goes into effect March 9, gives all veterans at least a year's access to mental health benefits as they transition out of the military. It's a small, but necessary step for veterans, who bear the brunt of the nation's incessant war efforts.
As the Washington Post further explains:

The order is especially focused on the 60 percent of new veterans who do not qualify for care until the government establishes that a medical issue has ties to their military service. It calls for “seamless access to mental health treatment and suicide prevention resources for transitioning service members" in the year following military service, according to a fact sheet provided by the White House. Within 180 days, the departments are expected to report back to Trump on implementation of the plan.

Trump and I may not see eye to eye on most things, but on this, we wholeheartedly agree. It is absolutely necessary that the military, our nation's backbone, receives the finest care possible. We owe it to the veterans who do so much to keep our nation safe to ensure that they are provided the very best services as they transition out of their service. It pains me very greatly to say this, but kudos to the administration and to anyone behind this amazing order. I will now retreat to my corner and wait for the other shoe to drop.