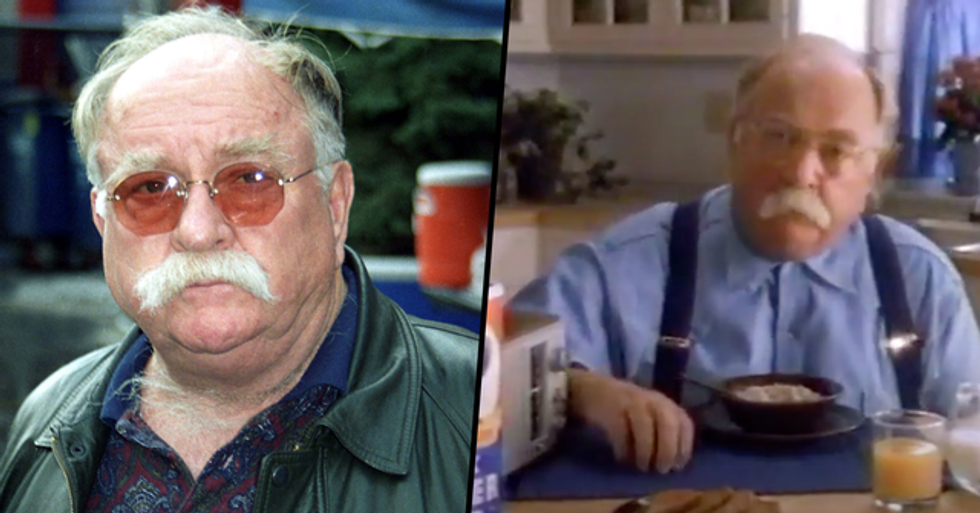 It has been confirmed today that the legendary actor, Wilford Brimley, has sadly passed away.

Since the news of his death broke, tributes have been flooding in as people come together to remember the incredible life he had led...

Anthony Wilford Brimley lived one hell of a life.

Born in Salt Lake City in 1934, Brimley embarked upon his acting career upon his return from 3 years of service in the United States Marine Corps.

However, his skyrocket to fame wasn't instant.

Brimley worked as a blacksmith, a rodeo rider, a Hollywood extra, and a bodyguard for business magnate, Howard Hughes, before tasting success as an actor.

But his big onscreen break finally came in 1970.

Brimley was cast in the popular 1970s television series, The Waltons, as Walton's Mountain resident, Horace Brimley - he made 7 appearances between 1974 and 1977.

From this breakthrough role, Brimley went on to star in a number of blockbusters...

He also starred alongside some very famous faces in his time.

Brimley appeared in the 1993 thriller, The Firm, with Hollywood star, Tom Cruise.

But most of us will recognize Brimley best for one thing...

Starting in 1987, Brimley would go on to feature in a string of commercials for the oat brand...

And the Quaker commercials quickly became famous for Brimley saying their slogan: "It's the right thing to do."

Fast forward to today, Brimley has fully cemented himself as a Hollywood icon.

So, it comes with heavy hearts that we announce his passing.

His manager, Lynda Bensky, was the first to pay tribute to the actor.

"Wilford Brimley was a man you could trust," she said in a statement. "He said what he meant and he meant what he said. He had a tough exterior and a tender heart."

I will miss my friend and client, Wilford Brimley. I appreciate all the nice comments and coverage. He was a trea… https://t.co/RjfHSLsvrh
— Lynda Bensky (@Lynda Bensky)1596411967.0

"I’m sad that I will no longer get to hear my friend's wonderful stories. He was one of a kind."

"He was a wonderful man, a joy to be around, and his dry sense of humor and iconic voice left an everlasting impression on every person he met," Mancini told The Hollywood Reporter.

"I was lucky to call him a friend. To know Wilford, was to love Wilford. "

"He had an amazing career, and sliced through the screen with his dry wit, stoic stature, and powerful conveyance. His unique blend of unexpected comedy and indelible storytelling will always remain unmatched."

Slowly, but surely, the tributes began to flood in...

And people came together to fondly remember the actor... Though some used their imaginations a little more than others.

In his passing, people have been calling for a continued awareness of diabetes, a matter that was very close to his heart.

TMZ were the ones to break the news of his death.

The outlet reported that Brimley had passed away on August 1st at his home in Utah.

He had reportedly been on dialysis for his diabetes in the days leading up to his death...

And had also suffered from a kidney condition for 2 months. A source close to the actor claimed that he was in an ICU wing of a hospital for a short period of time, also.

Brimley was diagnosed with diabetes back in 1979...

And, since then, he had worked to educate Americans about the disease.

He made it his life's work to make the lives of sufferers easier.

And, for his efforts, he was given a lifetime service award by the American Diabetes Association in 2008.

He is survived by his wife, Beverly...

For more on the lives tragically lost this year, keep scrolling...