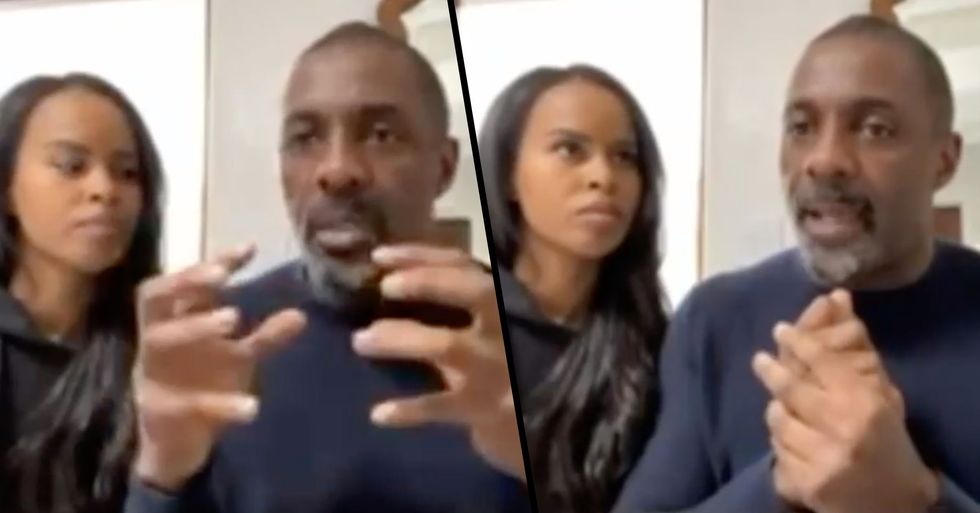 Last week, Idris Elba announced that he has been infected with the deadly coronavirus.

The actor made his announcement through a video on his Twitter page and he has been posting regular updates.

But in his most recent update, Idris said that the pandemic is the Earth's way of responding to being "damaged" by the human race.

So far, 15,303 people have died globally and a further 349,000 are currently infected... which has lead to many people asking the same thing - Where did this virus actually come from?

Since the first COVID-19 patient in Washington, there have been 35,070 more confirmed cases across the country and 458 deaths.

His move came after the World Health Organization confirmed COVID-19 as a pandemic 2 weeks ago...

The virus is notoriously easy to catch...

And it isn't making any exceptions. People of all races, ages, and social classes are reportedly being infected with the virus, and the rich and famous certainly aren't any exceptions.

Several celebrities have now been infected with the virus.

Hollywood legend, Tom Hanks, was one of the first famous faces to announce that he had tested positive for COVID-19. About he and his wife's diagnosis, he explained via Instagram: "We felt a bit tired like we had colds, and some body aches... To play things right, as is needed in the world right now, we were tested for the Coronavirus, and were found to be positive."

And, following on from Hanks' shock announcement, another famous face emerged...

British actor and D.J. Idris Elba, announced that he was infected shortly after.

Last week, Idris took to Twitter to announce his diagnosis.

In a video, where he was accompanied by his wife, Sabrina, Idris explained how he had actually experienced no symptoms. “I had no symptoms, but I got tested because I realized I was exposed to someone who had also tested positive."

And, sadly, his hunch was correct.

He took his diagnosis as an opportunity to remind his followers to be cautious...

"This is serious. Now's the time to really think about social distancing, washing your hands and, beyond that, there are people out there who aren't showing symptoms, and that can easily spread it."

And urged people to stick together.

And, most importantly, he doesn't want people to panic.

You can watch his full announcement here.

Idris has been keeping us updated day by day...

But it seems that the actor isn't as relaxed as he initially seemed.

Idris suffers from an underlying health condition that could cause coronavirus complications down the line, too. "I’m worried about having asthma and how that can make things really complicated for me really quickly."

And in his most recent update...

Idris appeared on a live stream with the one and only Oprah Winfrey.

Idris and his wife, who has recently tested positive for the virus, looked well...

And the pair seemed to be in good spirits... which is a good sign!

Oprah asked the actor about his thoughts on the outbreak...

"One of the upsides of this whole drama is that we are forced to think together as a race," Idris explained.

"Our world has been taking a kicking. We have damaged our world and it's no surprise that our world is reacting to the human race," he then said.

Idris feels that we need to start thinking differently about our world...

He continued, "It is no surprise that a virus has been created that is going to slow us down, and ultimately make us think differently about our world and ourselves."

Oprah agreed with this...

Saying she believes the virus is "here to teach us, show us something about ourselves, as individuals and also as a world of people."

Keep scrolling to learn about why Kylie Jenner has been slammed for her recent response to the coronavirus outbreak...