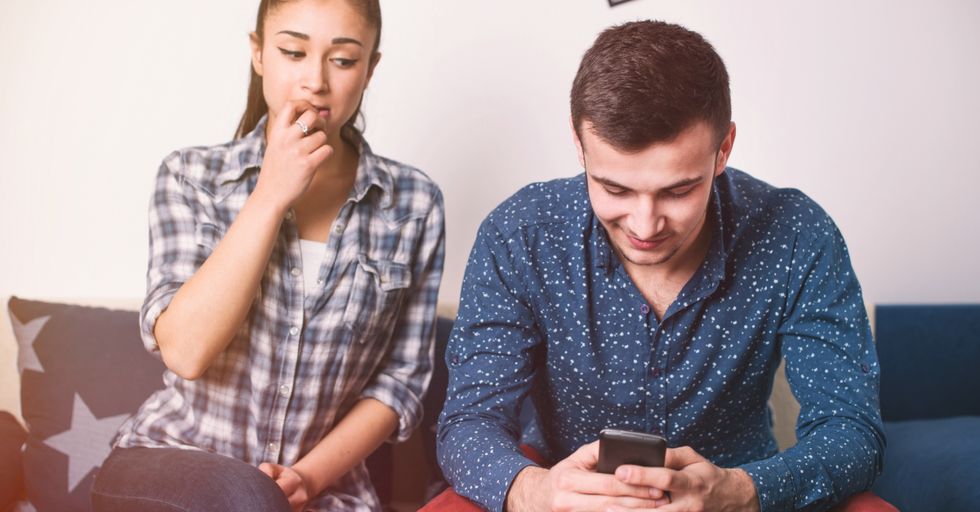 If a Guy Has This One Specific Facial Feature, He’s More Likely to Cheat on You

You're dating you're significant other for a number of reasons. Maybe they're great with kids, or they have an awesome sense of humor, or they don't judge you for watching sappy romcoms all the time. Of course, their face probably isn't too bad, either.

However, a recent study published by Archives of Sexual Behavior claims that there's one facial feature that may determine the likelihood of a man to cheat on his partner.

It's the same thing that Jude Law, Mario Lopez, and Brad Pitt have in common.

The human face is a wonderful thing. It can do this:

But that's not the only thing that makes faces incredible. You use your face every day to express emotions and communicate (both with and without words). However, a recent study has revealed that your face may reveal more about you than your current mood. The shape of your face might actually impact how likely you are to cheat on a significant other.

Yes. Actual scientists have studied this.

According to a study published last month in Archives of Sexual Behavior, the facial width-to-height ratio for men predicts their sex drive as well as the likelihood that they will cheat on their partner. In other words, men with wider, boxier faces tend to have higher sex drives. They also tend to be cheaters. Scientifically speaking.

There's some evidence of this if we look at celebrities who have been known to be unfaithful to their partners.

Take Mario Lopez. He's got a pretty boxy face, and he cheated on his wife Ali Landry.

Or how about Usher?

The science is sound, but don't go pulling a measuring tape across your boyfriend's face just yet.

One of the most important takeaway lessons about science experiments is that correlation is not causation. Not all men with boxy faces are cheaters! Just like not all cheaters have boxy faces! And, obviously, women are also sometimes guilty of infidelity. So if you happen to be dating a gentleman with a wider face, don't jump to conclusions.