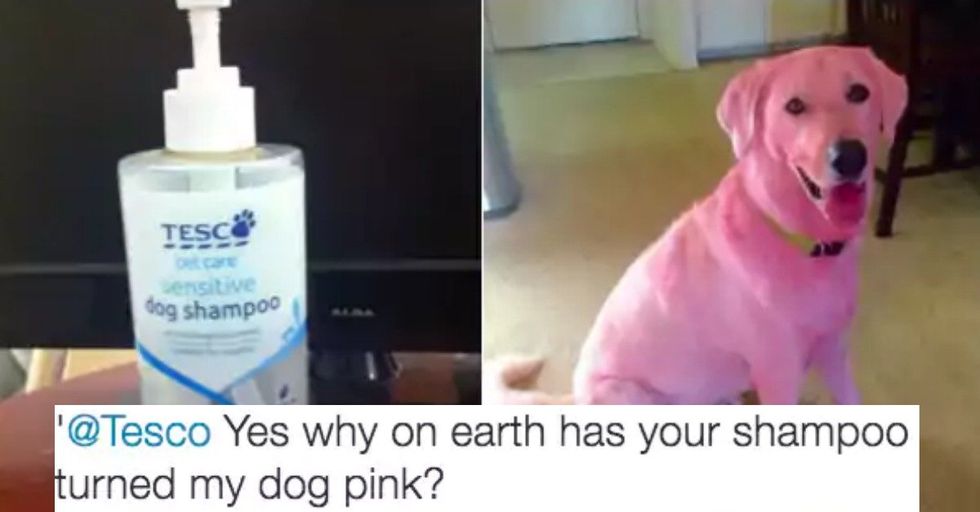 If Anyone Has a Right To Be Ticked Off, It's These Poor People

I don't know about you, but sometimes it's the smallest things that can cause the most annoyance. The way your coworkers insists on eating greasy food in the cubicle right next to you, how autocorrect always assumes you're trying to use the word "duck."

Those things are annoying, but probably not egregious enough to warrant getting really upset about. But for the people you're about to see, well, they probably have a right to feel a little ticked off.

On the one hand, that's disgusting because it's totally raw meat and food poisoning is no joke. On the other hand, you did choose to eat at Burger King.

Oh, you wanted a Coke? Then get a hammer and chisel and go ahead and try to open it up.

Can't wait to drink out of those! Well, after fishing out the pieces of glass.

Chicken, I think? Ostrich? It's really hard to tell at this point.

"We went parasailing yesterday and asked someone on the boat to take photos of us. We found this on our camera." Well, at least they didn't go through with it, but still...

"How DARE you bring that, that...THING into my home! I will destroy him. Just you wait and see."

You probably should have read the specs a little bit better before placing your online order. But on the bright side, no pun intended, at least you have a desk lamp for your hamster.

Look, we warned you about ordering your prom dresses online already, so I guess it's buyer beware...of total and utter failure.

You want a pickle? You get a tiny, dehydrated, sad as hell pickle.

He replaced his sister's goldfish with baby carrots. I don't know if the sister should be mad, or if the goldfish wins that right. I'm banking on the fish seeing as the sister didn't notice for THREE WHOLE DAYS.

Maybe it's because you made her wear braids in her hair when she would like a long flowing mane? Purely speculation, but also, hilarious move by the horse.

Evil. When you find the coworker that did this, make sure they face the harshest punishment possible — unjamming the copier every single time for next three months, one for every donut death.

He thinks the dude's foot is part of the chair. It's not. It's just really awkward.

It's like the poor thing couldn't really decide if it wanted to be frosted or not, suffering some kind of identity crisis.

Imagine getting all dressed up for prom and then having your picture upstaged by a dude in a hot dog costume. Bummer.

On what planet does a milkshake come in THAT kind of container?!? Good luck with that!

What? You mean you didn't want your dog to look like furry cotton candy? Poor thing is going to get his butt kicked at the dog park.
20%