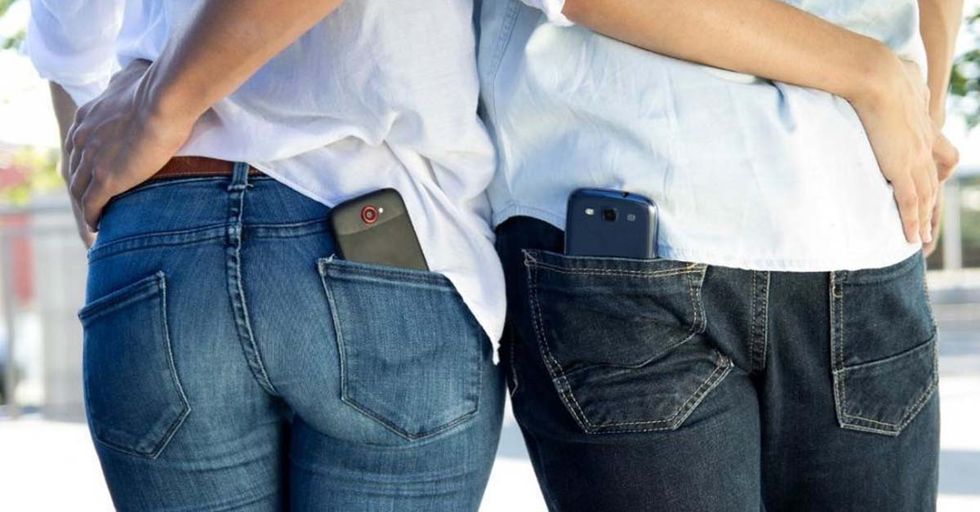 If You Feel a 'Phantom' Vibration from Your Cell Phone, Chances Are You're Suffering From This Disorder

When people talk about cell phone addiction, they normally are just referring to how dependent we are on new technology, and not an actual, dangerous physical addiction, right?

Don't be so sure. The cultural prevalence of cell phones has made them an important and integral part of daily life. And without them, people tend to get a little...funny. Read below to learn about this fascinating health issue.

We feel like our phones are both our tools and connections to the rest of the world.

That puts a lot of importance on them...and a lot of stress on us when we don't have them.

If you're like most people attached to their phones, you've probably experienced a "phantom" vibration in your body.

Your brain will tell you that your phone is vibrating against your leg, but it's not. In fact, your phone might not even be touching your leg. Or in the same room.

This weird issue affects teens far more than adults, since they've been conditioned to rely on phones their whole lives.

But it can affect anyone of any age, regardless of how much they use their phones.

But heavier users tend to report the most instances of this strange phenomenon.

It's not a real threat to your physical health, but experiencing the phantom vibration does mean your body's trying to tell you something.

It's separation anxiety. The same thing a parent feels away from their kid. Or a human removed from their pet.

You're unable to access an important part of your life, and your body is, well, freaking out.

90% of people have suffered this, so while you're not alone, it's definitely a little alarming.

It's called a "learned body habit," and it's your body's way of jumpstarting the sensation of connectivity that you desire.

That phantom vibrating is actually a hallucination, but not a visual one. A tactile one.

Some think that the feeling could be initiated without your phone if your body comes across radio frequencies similar to what your phone uses.

But those are mostly just speculative theories at this point.

Sometimes, though, if your phone is in your front pocket, the phantom vibrations can cause heart palpitations.

That could result in some serious problems.

Some people have claimed that they feel the phantom vibration even after being away from their phone for twelve hours.

So while time seems to make the risk of this event diminish, it doesn't eliminate it.

Since people tend to freak out in their minds without their phones, and now it's clear their bodies freak out...what should we do?

Well, the answer has always been obvious, but we just don't like it...

We need to spend less time with our devices if they become a source of anxiety.

This isn't the first time in history something like this has happened. It occurred with pagers in the early 1990s when they were popular.

Same symptoms and everything. Professionals even came up with a fun name for it: "ringxiety."

If you're not able to spend less time with your phone (or refuse to), then it's time to re-evaluate your priorities.

Technology is supposed to make life easier, and if it's causing phantom sensations and anxiety...that's not good. Get on a schedule to regularly "unplug." The anxiety should go away after a few scheduled breaks. Then it's up to you to moderate your use. Phantom vibrations won't hurt you, but they are telling you that you're too dependent on something. So break free and dial down the stress.