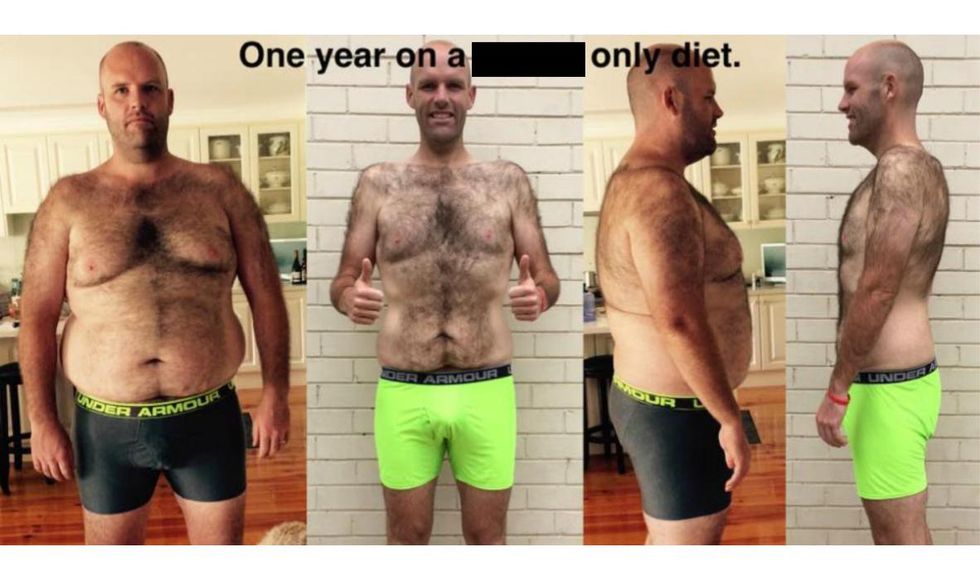 Imagine you're stranded on a deserted island and you've got all the water you need. What's the one raw food item you should take with you that would allow you to survive indefinitely?

If you said the potato, you would be absolutely right.

This question was put into practice in 2016, when one man, Andrew Taylor, ate only potatoes for an entire year.

Specifically, he ate both white and sweet potatoes mixed with herbs, soy milk, tomato sauce, and other flavorings. Taylor said in an interview with Popular Science that he quit focusing on food so he could enjoy other areas of his life.

Shockingly, he didn't die from his odd diet.

Instead, he lost weight and gained energy. Even stranger, Taylor claims that his blood work was all clear. “I’m not trying to be evangelical about potatoes," Taylor said, "but it was a really good experience for me."

In fact, he has even used his potato-only diet to help others.

This client took on the Spud Fit diet and it worked miraculously for her, too!

But then, his potato diet is not without precedent.

In the early 1800s, potatoes made up the bulk of nutrition for two-fifths of the Irish population. When the Great Potato Famine occurred from 1845 to 1852 due to potato blight, a fungus which affects potatoes and tomatoes, about 25 percent of the country died.

But why exactly was Taylor able to survive on his strange diet? The answer lies in amino acids, the organic compounds that make protein in our bodies.

According to Popular Science, "To survive, we need 20 amino acids—of which nine are essential, meaning we can't make them ourselves and must get them from food—as well as a plethora of minerals and vitamins."

Potatoes, as it turns out, have all the amino acids and vitamins you need.

To be specific, white potatoes have all the necessary amino acids and sweet potatoes have the vitamins you need so you don't get scurvy, the disease that once caused sailors' teeth fall out before they died a horrible death.

But you can't just have a couple of potatoes a day and be done.

Popular Science says you have to eat a LOT of potatoes to survive, if that's all you were eating. To be exact, "34 sweet potatoes a day, or 84 white potatoes (or) you would eventually run into a calcium deficiency. You would also need 25 white potatoes a day to get the recommended amount of protein."

The takeaway here is you could eat one thing your whole life, but why would you want to?

No offensive to Taylor, but potatoes all day every day sounds horrible. And also, a nutrient deficiency waiting to happen in the long run. So be a responsible person. Eat a balanced diet. And if you can't, then and only then, eat a potato-based diet...