I have to say, the jokes about "Inspector Sands" are pretty funny. | 22 Words 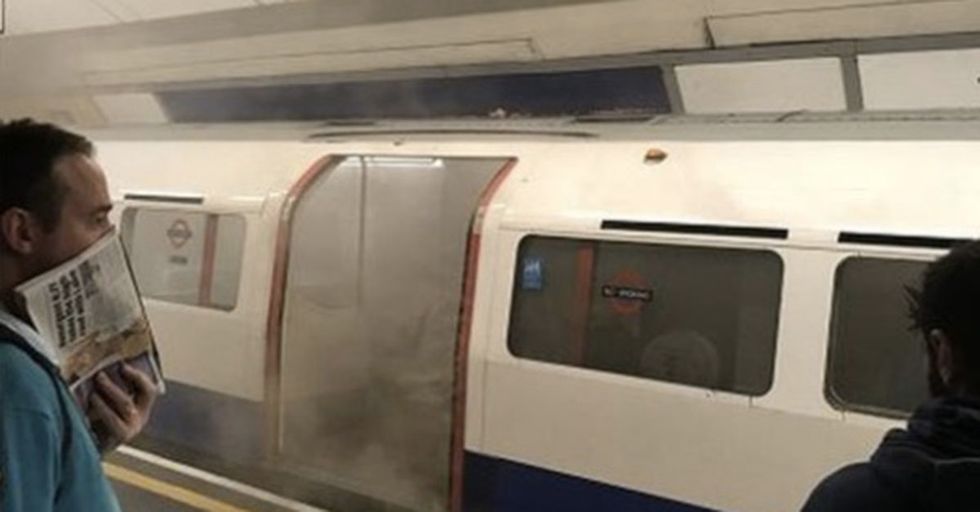 If You Hear This Code Word While In a Subway Station...GET OUT of There ASAP!

Sometimes, the only thing that's worse than an emergency is the panic that surrounds it.

Last week, commuters on the London tube witnessed a fire firsthand in a subterranean station.

But before they knew what was going on, a page was sent out over the intercom asking for a certain person.

The code came just a few minutes before an evacuation notice was made over the P.A. system.

Nothing about the code sounded worrisome or troubling, but that's the point. Fortunately, everyone was evacuated safely. The fire was very small, but the smoke it generated in a small confined space like a subway station could have been very bad news for anyone remaining behind.

The earlier announcement over the loudspeaker was a page for an "Inspector Sands."

That's the code the London subway uses to notify employees and workers to get to action to prepare for an evacuation. It's likely a similar phrase at many more subway systems, though "Inspector" may be changed to something more geographically relevant.

Since no one was hurt, the stories seem to focus more on the code word than the incident. (Thankfully!)

In fact, some were making jokes that "Inspector Sands" sure does seem to be around a lot when disaster strikes.

If you're looking for a more formal explanation, this Wikipedia excerpt explains it.

Granted, it's Wikipedia, which can be altered, but this is consistent with everything else we've heard.

I have to say, the jokes about "Inspector Sands" are pretty funny.

Uh, that last part kind of blows your cover, dude!

What happens when they really need an "Inspector Sands?"

I guess maybe they won't hire anyone with that surname? At the very least, they'd think twice about it.

In England, commuters are familiar with this phrase, but there are millions of visitors riding the Tube who might want to be in the loop.

If you hear it, know that there's an emergency nearby. Don't panic, don't run, but move purposefully towards the exits without creating a scene or a panic. It's a code word for a reason, but if everyone else is familiar with it, you should be too.