If You Live in These U.S. States, You'll Be Able to See the Northern Lights Tonight | 22 Words 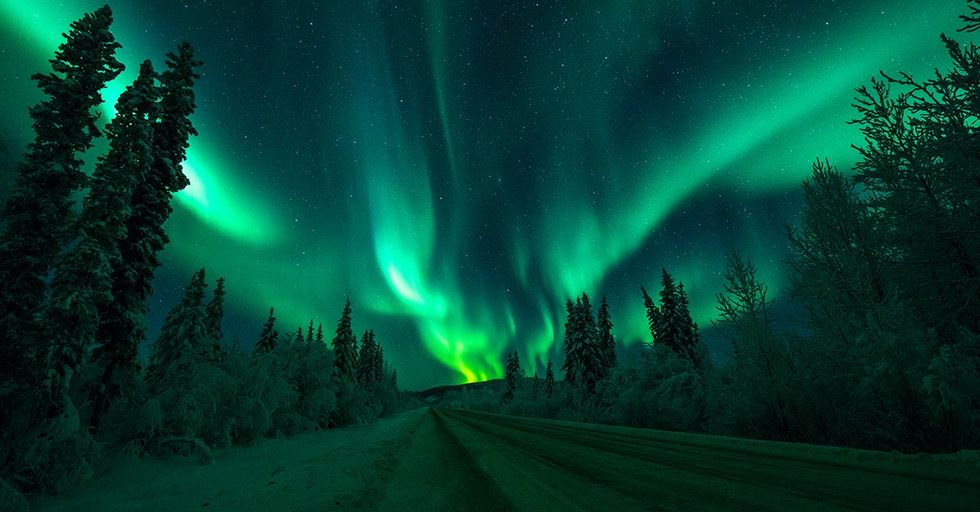 If You Live in These U.S. States, You'll Be Able to See the Northern Lights Tonight

The northern lights are a bucket-list item for most travelers. The gorgeous spectacle is said to be breathtaking, and it's a spiritual experience for many lucky enough to see them in person. Because the multicolored lights of Aurora Borealis are typically confined to parts of Alaska, actually getting the opportunity to see them is somewhat rare for residents outside the region. That is, until tonight.

Once in a blue moon, the lights extend their reach to other parts of the world due to shifts in space weather. The effects of those shifts can create rare opportunities to enjoy the haunting beauty of the northern lights from the comfort of your own backyard — if you live in the right spot.

Will you be lucky enough to benefit from the geomagnetic storm that’s sharing Aurora Borealis with the south? If you live in one of these U.S. states, start looking for a viewing spot now.

The northern lights are an otherworldly experience.

The phenomenon, also known as Aurora Borealis, is actually created by bursting sunspots that push solar wind through our solar system.

The charged particles then enter the Earth’s atmosphere.

The collision creates what looks like a magical display of dancing purple and green lights across the sky.

It’s something most want to see in person at least once in their lives.

But the extraordinary event can typically only be seen in certain parts of Alaska, which can be a trek for travelers outside the often inclement region.

But now, the northern lights are moving down southward.

For one night only, the lights are making a special guest appearance over parts of the U.S. and Canada.

What makes a northern light appear in the south?

According to The Space Weather Prediction Center (SWPC), unusual space weather is driving the light show from its usual Alaskan venue.

A coronal hole is pushing solar winds toward Earth at higher speeds.

Unfortunately, not everyone in the states will be able to see the lights.

Only a select few midwest states will have the opportunity for a rare U.S. Aurora Borealis viewing party.

If you live in these states, get ready to find a good spot for some sky-watching tonight!

Parts of Montana, North Dakota, Minnesota, Wisconsin, Michigan, and Maine will all have a view of the northern lights.

Residents of southern Ontario, British Columbia, and Quebec should have a good view of the phenomenon if the weather cooperates.

A three-day forecast from the SWPC predicts tonight, February 27th as the only time the northern lights will be visible outside Alaska for a while.

Those select U.S. and Canada locales will have a view of the lights from 5 pm to 11 pm EST.

The lights likely won’t be visible in the early hours of that time window.

The sun will outshine the northern lights, but residents should have a solid view by nightfall.

That is if they can get away from light pollution.

The lights of the city can also dim the view of the colorful spectacle, so it’s crucial that light watchers find a spot somewhere that’s dark.

Watchers also need to be far enough away from buildings or trees that could crowd view.

The lights won’t appear overhead as they do in Alaska but will be visible from the northern horizon.

That’s not all that’s happening in the sky tonight.

So it looks like we have a pretty interesting week ahead of us! The full moon is finally giving way to a dark sky a… https://t.co/qbOgpmzALK
— Andy Witteman (@Andy Witteman)1551158932.0

Mercury will also be at its closest to Earth for the year and can be seen from the west after sunset – a nice opening act for lights chasers.

The lights won’t be as bright as they are in Alaska.

But the experience is still not one to be missed, as an Aurora Borealis outside its northern hub is rare. Just remember to bundle up and stay warm while you’re enjoying nature’s lights show!