If You Say These Things, You're Definitely From the Midwest | 22 Words 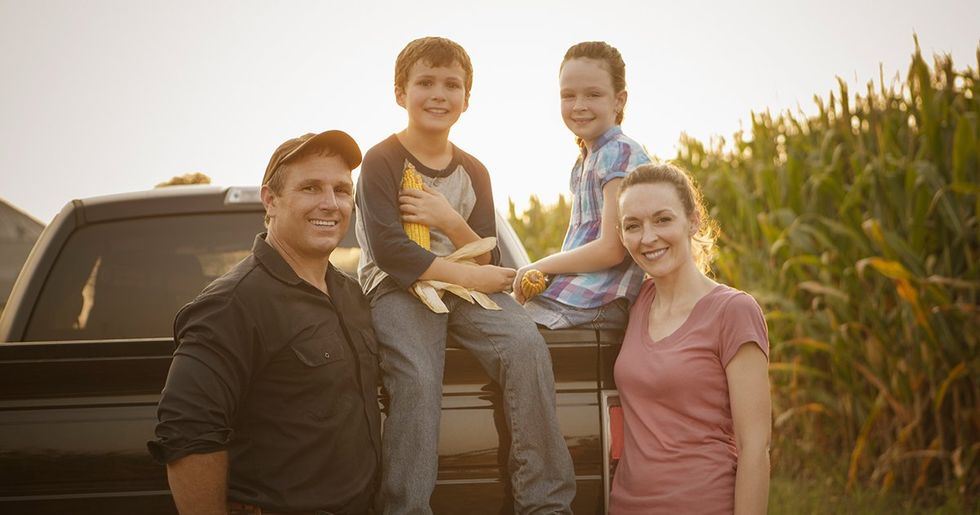 If You Say These Things, You're Definitely From the Midwest

Everybody, depending on where you live, has certain slang phrases that they're proud of. Phrases from different parts of the United States are often hilarious and bizarre to people who don't live in those communities. But to the people within those areas - whether it be the south, the midwest, or the northeast - those phrases mean you're home.

For instance, if you're from where I grew up - Philadelphia - then you'll probably say "wooder" when you're talking about water. Yes, it's a pronunciation thing, but it's very specific to Philly.

But Philly isn't the only place with its strange jargon. Another place that is known for its very particular phrases is the Midwest. Midwesterners are a very particular group of people. If you're from the Midwest, you're probably super proud and have a lot of Midwest pride.

And there are definitely phrases that only midwesterners say. Keep reading to find out which phrases Midwesterners use the most!

Midwesterners have their own way of life.

It's a very particular way of life. If you're not from the midwest, then you probably don't understand.

There are certain things that only Midwesterners do...

And there are certain things that only Midwesterners say. If you're from the Midwest, then you probably have a lot of particular slang phrases that you use on the daily.

This is probably the most-used Midwesterner phrase. It's kind of like if "uh-oh" and "oops" had a baby, it would be "ope."

It's a phrase that everyone from the Midwest is familiar with.

Another Midwest-only word is, "bubbler." Yep. Folks from the Midwest call drinking fountains "bubblers." The Midwest just does things their own way.

"Come with" is another Midwesterner phrase.

"Hey Cindy, just goin' to the mall. Wanna come with?" If you've ended a sentence with an invitation that's "come with," then you're most definitely from the Midwest.

"Dontcha know we say 'ope' all the time?"

"Ope" may be a Midwest favorite, but so is the phrase "dontcha know." You can hear the Midwest accent in "dontcha know." It's a phrase that's used to end sentences all the time.

You likely won't hear a Midwesterner call the highway anything other than the "expressway."

Nope. You'll probably hear them call their sneakers their "gym shoes." It honestly makes perfect sense since most of the time, you only wear your sneakers at the gym. Midwesterners are onto something here!

Soda is not soda. It is pop. End of discussion.

Midwesterners do not call soda "soda." Soda is pop and that's the final answer. If you say soda, your Midwest card is revoked.

This is one of the more unique ones. People from Minnesota and parts of the Midwest call hair ties, "hair binders."

Most of us say that a meal prepared in a pan that's then cooked in the oven is usually a "casserole." In the Midwest, they call these babies "hotdishes." No matter what you call it, hotdishes are delicious.

"Oh, for..." is another popular Midwest phrase.

This very unique little way of speaking hails primarily from Minnesota. Midwesterners will say, "Oh, for fun!" to express something that is enjoyable. Should we all try this out?

No, you're not drunk. You're "schnookered and schnockered."

This is probably my favorite Midwesterner slang. If you're drunk, you're "schnockered."

Traffic lights have a different name in the Midwest...

If you don’t believe the perfect duo is a slice of Casey’s breakfast pizza and a chocolate milk then you should be… https://t.co/MT0MvGiw8V
— Iowa Chill (@Iowa Chill)1560092033.0

They're "stop and go" lights. Which actually makes perfect sense. What do you do at a traffic light? You...stop and then you go. Genius. The next Midwest phrase is really something!

The "sweeper" is the vacuum.

Sweeping and vacuuming mean the same thing in the Midwest. People in Ohio and Indiana use "sweeping" to mean vacuuming. Hey, as long as the floor gets cleaned, right?

We've all heard "tough luck" when we've come up against something unfortunate that's out of our control. In the Midwest, you're likely to hear, "Tough tomatoes."

"Uff da" can be used to express a bunch of different things. With a Norwegian origin, this expression can result from excitement, surprise, annoyance...really, anything.

"You betcha" is a staple of Midwesterner slang.

"You betcha" just puts a smile on your face. Instead of saying "yes" just say "you betcha!" Is there anything more positive than this?

Okay, even if you're not from the Midwest, there's a chance you've experienced the glory that is puppy chow. What is puppy chow, exactly? It's Chex cereal with peanut butter, powdered sugar, and melted chocolate. It is so, so good.

Instead of saying "Did you eat," Midwesterners are known for saying, "Jeet?" It gets right to the point with just one word.

When some Midwesterners go "up north" that means they're busting out the tent and s'mores and going camping.

Midwesterners pronounce the word "creek" like "crick." Therefore, that small stream or brook is actually a "crick."

"Jeez" is used way more in the Midwest than in any other place.

Sure, we all say "jeez," but Midwesterners use this polite phrase when they're frustrated or surprised, and they use it all the time. "Oh jeez, didn't see ya there!"

Minnesotans will say, "isch" instead of "ew" or "gross."

If something is too much money, Midwesterners might say that it's "spendy."

Padiddle is a Midwesterner car game. Basically, if you see someone driving a car with only one headlight, you'll yell out, "Padiddle!"

They have their own, polite way of life. If you're from the Midwest, there's a good chance that you're familiar with all of these phrases and words.

And why shouldn't they? It's a great place to live, dontcha know? Share this with all of your friends who grew up in the Midwest!