If You're Against Sexual Assault Because You Have 'Sisters and Daughters,' You're Part of the Problem | 22 Words 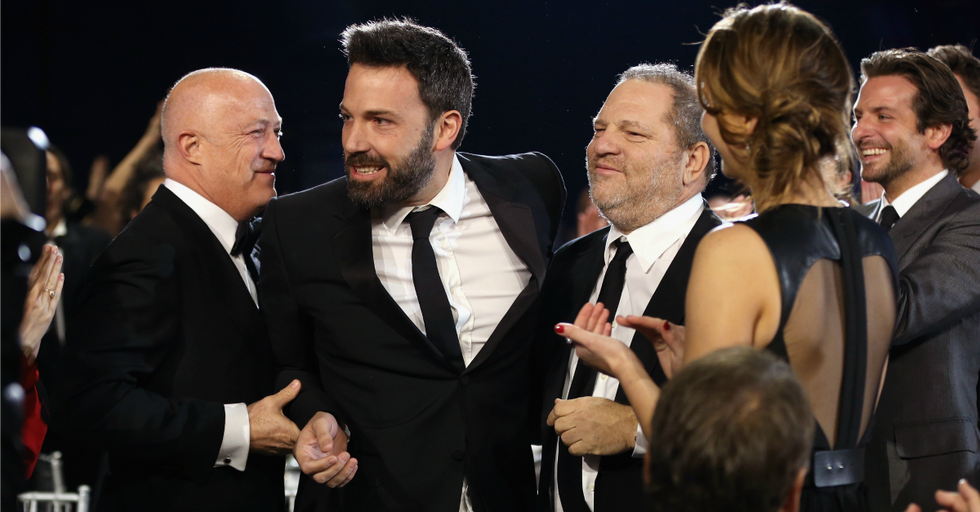 If You're Against Sexual Assault Because You Have 'Sisters and Daughters,' You're Part of the Problem

Last week, the New York Times released an explosive exposé alleging that powerful Hollywood producer and rainmaker Harry Weinstein had sexually coerced and assaulted numerous women – many of them A-list actresses. In the wake of the scandal, which has seen flood after flood of new allegations emerge, men have (finally) been flocking to social media in a show of solidarity.

Usually, this allyship would be an excellent thing, except a distressing trend is emerging...

Men keep citing having "sisters and daughters" to explain why they empathize with the women who have been affected by the scandal. This is a huge problem.

Dear Men, Please remove the phrase "as a husband and/or a father of daughters" from your vocabulary. Women exist outside your bubble.
— Abigail Shirley (@Abigail Shirley)1507677971.0

It's "othering," which, according to Lynne Murphy in this excellent Quartz article, is the practice of "treating people from another group as less human than one’s own group.

It's pretty simple to see othering at work in men's social media posts. There's even a quick test you can do.

Substitute "sisters and daughters" with "black friend," or "asian friend," or "Latinx friend," and "sisters and wives" becomes the same thing as your random minority friend. It's like saying, "I empathize with such and such issue because I have (blank minority) friends."

Sexual coercion and assault are problems that affect the entire population. In fact, one out of ten rape victims are men. It is not only a female problem, it's a problem for men as well.

For men who want to show their solidarity without feeding into patriarchal stereotypes, maybe try using the Terry Crews method of allyship.

.@terrycrews is here showing that it's important to know that it's not only women that are victims of sexual harass… https://t.co/WXHrkLItxu
— steph jaqueline (@steph jaqueline)1507720187.0

On Tuesday, Crews gave a horrifying account of how he, a 240-pound black man, was assaulted by a powerful producer. Furthermore, he listed the concrete reasons why he did not come forward until now.

By revealing his own sexual assault and his reasons for keeping it a secret, he opened up the space for more survivors of assault to come forward.

Thanks @terrycrews for this thread. Hopefully it makes others brave, regardless of their gender. People. Are. Not… https://t.co/Yf9izuNMux
— Aisha Tyler (@Aisha Tyler)1507683108.0

After all, if Crews, a fairly physically imposing man and former football player can be assaulted and have trouble coming forward, how much harder would it be for all those young, twenty-something actresses? The point is, sexual assault is a pervasive and insidious problem for everyone. So men, if you want to be an ally, try seeing the problem as one that affects everyone – including yourself – rather than just your sisters and daughters...