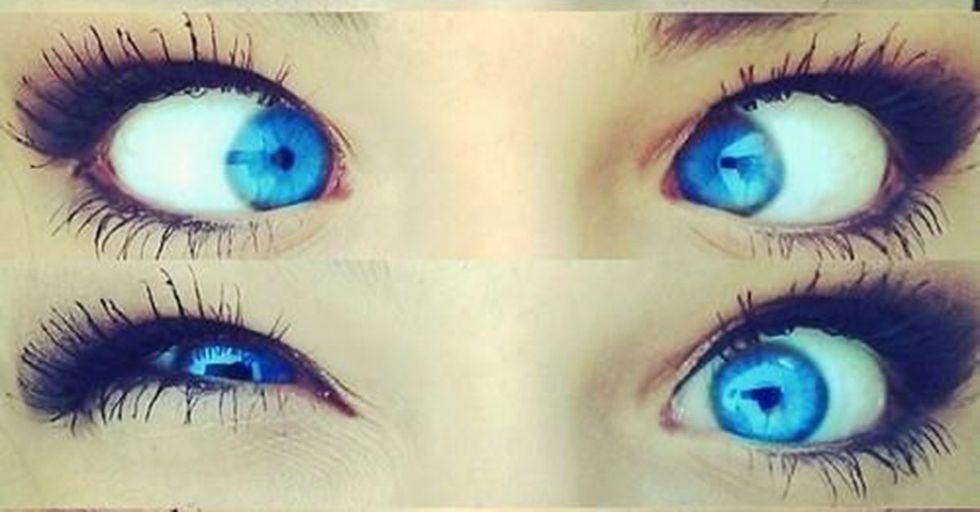 If You've Got Blue Eyes, Prepare Yourself For Some Bad News...

Blue eyes are stereotypically seen as desirable in society for their uniqueness and beauty. But chances are, if you've been living with blue eyes, you've been the victim of some misinformation.

Don't worry – it's nothing serious, but all is not as it seems.

Scientific studies show that you might have been bamboozled your whole life.

No, not that kind of mutation. Unfortunately, it doesn't mean you have superpowers if you have blue eyes. Genetic mutation is just a permanent change in the DNA sequence that makes up a gene.

Amazingly, the gene for blue eyes has been traced back to a SINGLE person who lived between 6,000 and 10,000 years ago.

The common math has told us that from this one person, now 1 in 6 people live with blue eyes.

But, actually, no one has blue eyes.

Blue eyes are brown. Yup. Even those really piercing blue ones. You've probably got some questions...

You're probably wondering why they don't look brown. At all. Well, there's a pretty good reason for that.

The color of your eyes is determined by melanin, a pigment that also appears in your skin and hair.

The presence of melanin in the iris gives eyes their color.

But the pigment only comes in one shade.

Says Dr. Gary Heiting, "Everyone has melanin in the iris of their eye, and the amount that they have determines their eye color. There's really only (this) one type of pigment."

And that pigment itself is...you guessed it — brown.

So although eyes might "appear" to be a color, they're just loaded up with brown pigment to various degrees.

Okay good, because it's about to get even more complicated.

It turns out that there's some complicated interaction between the pigment and the iris that leads to brown eyes.

Says the good doctor, "It's an interaction between the amount of melanin and the architecture of the iris itself" that can cause a brown pigment to appear hazel, green, or...well, brown.

The less melanin you have, the more blue your eyes look.

That's why they're the lightest. Green is halfway and brown eyes are heavy on melanin.

This is why eye color can change.

Not only does it change as different types of light at different angles hit them, but it also can change as people age and the amount of pigment varies.

That's why so many babies' eyes look blue early in life, then change.

The fact is that they don't "have" blue eyes, they just haven't developed all their melanin yet. They get it later on and their eyes change color, getting darker.

So, no matter what color eyes you're looking into...

...remember they're all brown. We just see them different ways!