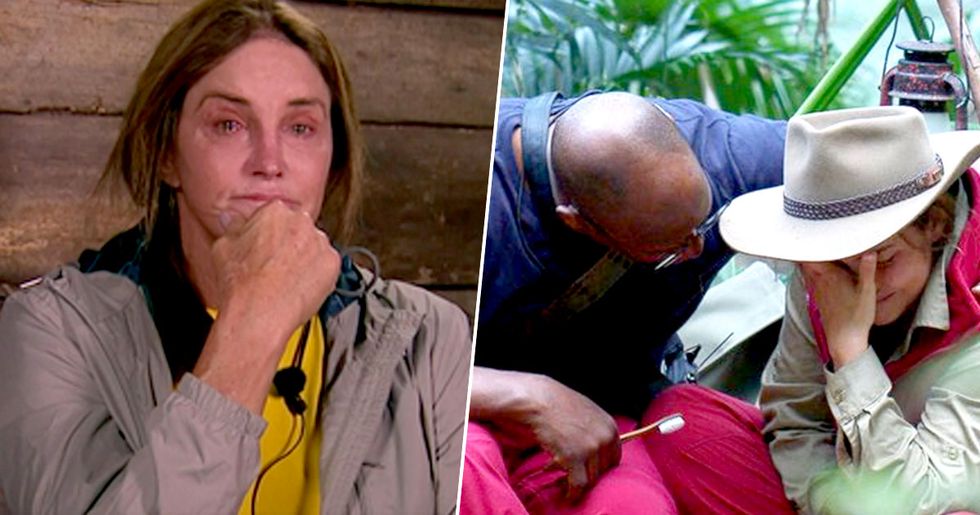 The I'm A Celebrity camp is on total lock-down after a body was found not far from the camp. It's believed that a vicious murderer is just miles away from the contestants with police closing in.

In case you don't know what I'm A Celebrity is... well, it's normally a show with B, C, and Z-list British celebrities on it where they fly out to the jungle just before Christmas and try to survive.

They compete in challenges, normally eating gross animal parts, and they win food if they're good at said challenges. But this year, things are a little different, as we've got none other than A-Lister Caitlyn Jenner on the show too. However she's accidentally been leaking some family secrets in the jungle.

This is a story of secrets and vicious jungle murderers and you betta keep scrolling to learn more!

Though only a few episodes have aired so far...

However this probably isn't Caitlyn's biggest worry in the jungle.

The biggest risk right now for the I'm A Celebrity camp mates is a killer on the loose. British TV bosses have tightened security around the camp.

The camp is on total lock down.

The area, near the Queensland-New South Wales border, is only 30 minutes from Murwillumbah, which is exactly where I’m A Celebrity is now being filmed. The show's bosses have now ensured their security measures are totally impenetrable upon being made aware of the ongoing search.

The celebs are being watched 24 hours a day, seven days a week by a team of staff and our security measures are incredibly tight. So there is zero chance of anyone sneaking into camp. But of course it is very unsettling to know that there is someone out there, running from the police, who has committed such a horrible crime.

Fingers crossed they all stay safe.