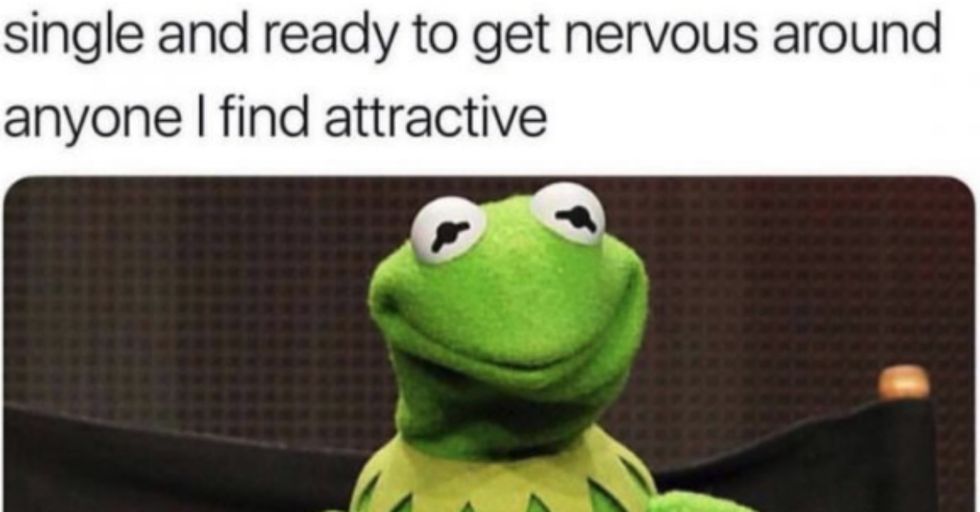 19 Images That Are Gonna Feel Way Too Real for You

Welcome to the Internet, where there is virtually no end to the relatable content your heart craves.

You may sometimes think that no one understands everything about you.

On days like that, we recommend turning to the world wide web.

Here, on the Internet, people get you. Don't believe me? Check out these images that are basically guaranteed to speak right to your soul.

If you ever feel lonely, just remember there are people out there who will make a pizza for you and bring it directly to your door. And all you have to do is pay them money.

This one might be just a touch too relatable. I'm feeling personally attacked.

Yep, this all checks out. Although, I personally feel that 232 jellybeans is a pretty great bargain!

Is it really safe?

"Also, you are required to wear this gigantic lead vest. No reason. It just looks nice on you. It definitely isn't protecting your vital body organs from being damaged." Next up is a horrifying realization about candy.

Well, this is terrifying.

There are plenty of places that I wouldn't want to live in. The gummy universe is one of them.

I mean, what did they expect? Going out is overrated.

Just one more side quest!

Sure, the big bad boss is terrorizing the entire world, but this old man needs me to find all of his chickens! What am I gonna do? Not find his chickens? Preposterous.

Alternatively: Single and ready to "drink it up at home because going out is too much effort." I'm a catch.

For all the time, effort, and money you put into being alive, you'd think there'd be some sort of...I don't know, enjoyment, maybe? I guess that's why dogs exist. Up next: the most fun game for you to play as an adult.

Which one is it?

In situations like this, I actually recommend not going on the Internet. If you do, you'll convince yourself that it is absolutely a brain tumor.

Hey now, maybe this person is actually a dad! He already has the dad jokes.

Whenever I bring my reusable bags to the grocery store, I like to shout out, "You're welcome, ENVIRONMENT!" My husband loves it.

You know what? I actually heard that it might rain next week, too. Guess running's out for the entire month. Dang. Now, let's examine the perils of online shopping.

I don't ask for much.

Imagine the disappointment of ordering a gigantic ice cream sandwich and getting an air mattress delivered to you instead. At least you could take a nap.

This is just cruel.

Shouldn't there be breaks built into the schedule? Like weekends? But for months?

And if you like that, just wait until I show you my collection of expanded universe Star Wars novels. They're not canon.

What'll it be today?

This picture is entirely inaccurate. Not enough files.

Look at the dog over there, existing. How dare he, ya know? Share this with someone who needs some #relatable content in their life!