In This Hilarious Video, Oprah Explains That She Went to a Bank to Deposit One Million Dollars Just for Fun | 22 Words 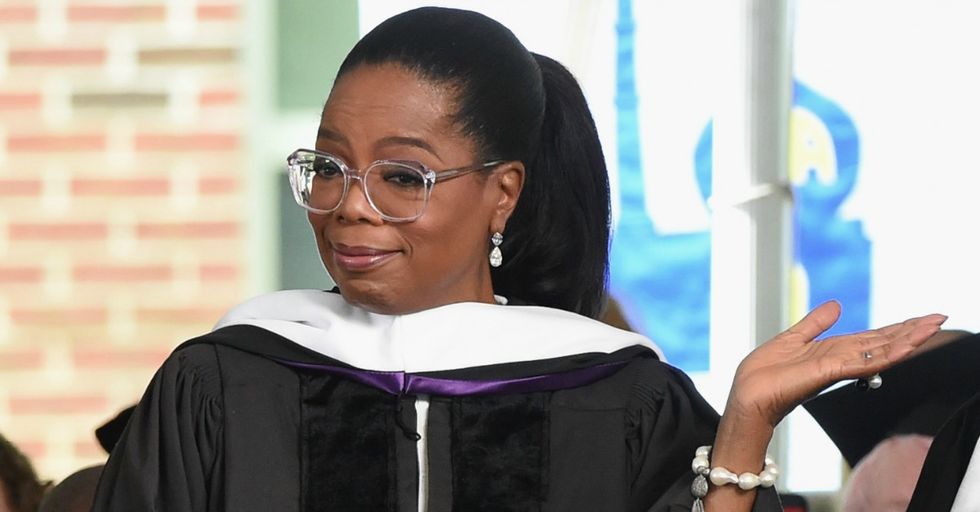 In This Hilarious Video, Oprah Explains That She Went to a Bank to Deposit One Million Dollars Just for Fun

Oprah and Ellen are both ground-breaking, iconic women who have blazed trails as talk show hosts and TV personalities. They're self-made household names, way up there in the ranks of first-name-fame with Beyonce, Conan, Bono, Cher, and Adele. And today, we learned that neither Oprah nor Ellen really knows how to use the bank.

She said that she and Oprah had made a video that would be the most fun thing we would see all day. We don't have a million dollars, but we think she's right.

In the video, Oprah and Ellen answered a bunch of Ellen's burning questions.

What are their favorite foods?

What are their favorite scents?

No shade @Ellen @Oprah, but you gave the most bougie answers anyone could have thought of, other than the smell of dollar dollar bills. (Honestly, maybe the smell of dollar bills is not bougie. If Ellen and Oprah don't go to the bank, do they even handle paper money at all? Like physically? Do they even know what money smells like?) Oh sorry, you're still there. What were we doing? You want us to tell you their favorite scents. Ellen's favorite scent is gardenia. Oprah's favorite scent is lemon and eucalyptus.

What are their favorite G-rated curse words?

Oprah picked, "Shazam!" and Ellen picked, "F***!" Shazam is not really a curse word, but we'll allow it. Ellen, these are your questions. You have no excuse. Ellen had yet to ask her most absurd question.

Don't ask her, because she doesn't remember. Imagine having so much money that you don't have to remember your pin number, because someone else remembers it for you! Both of these women probably have people who manage their money. Oprah admitted that she went to the bank recently—for the first time since 1988—to deposit 2 million dollars. Not because she needed to go, but because she wanted to experience the novelty of standing in line and depositing 2 million dollars at the bank, just for kicks. Hey, if we were her, we would too.

Everybody loves Oprah, but people could not relate.

Ellen is probably one of the few people that can relate to the way Oprah talks about her money habits.

The best part of the video is the way that Oprah fibs at first about going to the bank to deposit $1 million dollars...

...but then admits that she actually deposited $2 million dollars. We'll be buying off the dollar menu and **crying in poor** like twitter user @Choni_  for the foreseeable future.