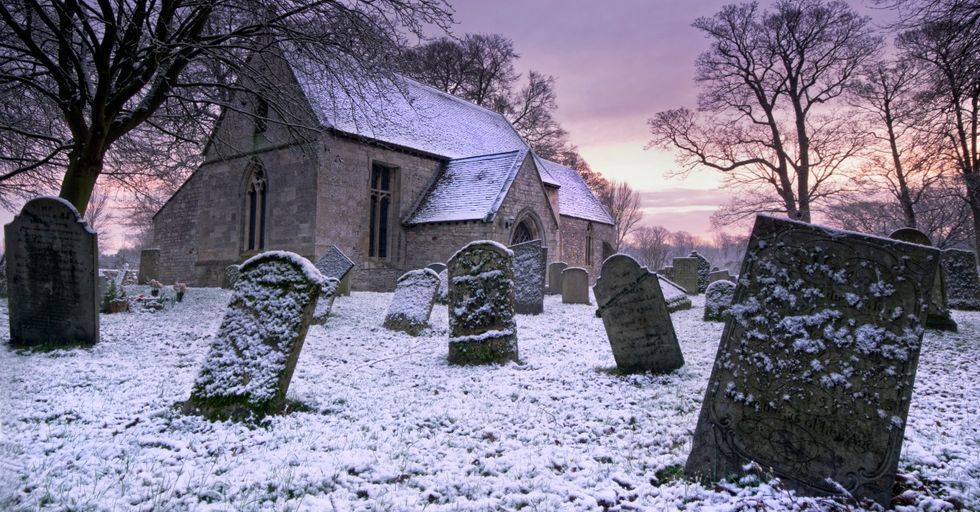 In Today's Spooky Scandal, Everything You Thought You Knew About the Song 'Monster Mash' Is a Lie

"Monster Mash" is a classic Halloween tune, falling on the spectrum somewhere between "Thriller" and "Werewolf Bar Mitzvah."

The 1962 song by Bobby "Boris" Pickett has been a staple of the spooky season since its release.

But now it's ruined forever thanks to Twitter user @Lawrence_Miles. He blew the lid off everything we thought we knew about this silly song. His revelation will leave you totally spooked.

(Shoutout to a young and handsome Dick Clark.) But back to Pickett: His faces are bonkers. It's quite a performance. It'd be one thing if he was dressed in a monster costume and had other monsters dancing around him, but instead, it's just a clean-cut guy in a suit, singing a spooky song and contorting his face into freaky expressions.

But back to the issue at hand. Lawrence Miles is about to blow your socks off:

The lyrics tell us the real story.

Bobby Pickett is a non-monster recalling an occasion when he heard monsters mashing. At best, his recording is only a rough approximation.
— Lawrence Miles ⚫ (@Lawrence Miles ⚫)1507433009.0

Yes, really. Let's break it down.

The song starts: I was working in the lab late one night when my eyes beheld an eerie sight. For my monster from his slab began to rise and suddenly to my surprise He did the mash. He did the Monster Mash. In layman's terms, Dr. Frankenstein watched his monster come to life and do a dance (the Monster Mash). We don't know what the Monster Mash actually involves, only that it is a graveyard smash.

The tweets went viral, and Twitter lost its mind.

Most people were in total disbelief. Others went straight for the jokes...

The first thing that came to mind for many is that "Monster Mash" is not the Monster Mash.

It's just a tribute. "Monster Mash" is exactly like that classic Tenacious D song.

This Twitter user "Well, actually"-ed the internet with a nerdy Frankenstein reference.

Pushing their glasses farther up their nose, they wrote, "Mash is actually the name of the doctor not the monster." It's a dumb (but hilarious) joke for all those fans of classic horror stories out there.

Needless to say, we are shook, spooked, and white as a ghost.