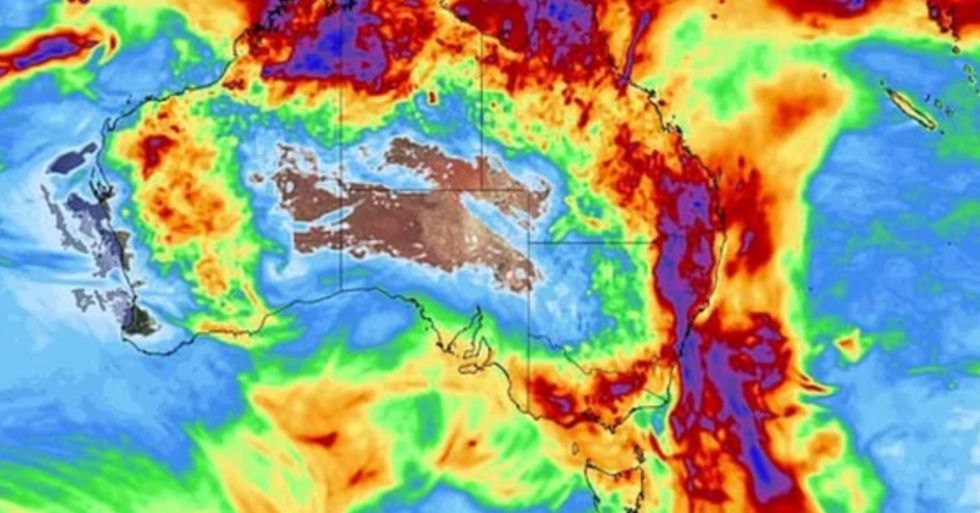 It showed a prediction of heavy downpours of rain over New South Wales and Victoria for the following few days.

And, yesterday, the rain began falling!

This rain is a true blessing to the country...

Eastern Australia has been hit by storms...

The weather is about to make a drastic change...

"We could see widespread severe weather with damaging wind gusts, further flash flooding and we could even see supercell storms," he said, "So there's going to be some big rain."

The maps are looking pretty scary...

Despite the rain being very much welcomed, too much rain will definitely be a problem.

This weather pattern is highly unusual...

"While this type of weather pattern is not unusual for this time of year, it's the first widespread rain and storm event we've seen in eastern Australia so far this season," he said.

Conditions are set to get heavier...

"Showers and storms will start to increase over Queensland, New South Wales and Victoria from Wednesday and continue to affect parts of eastern Australia each day, until at least early each next week," he went on to explain.