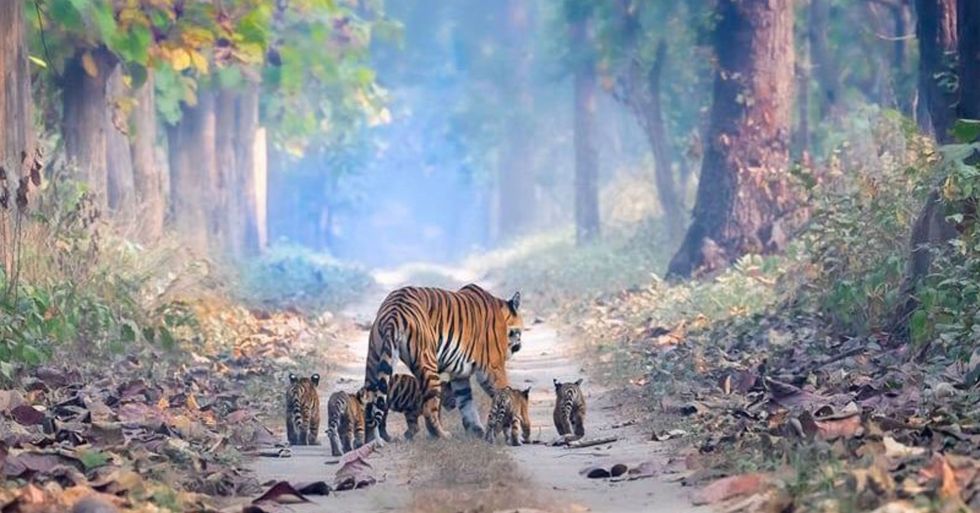 Mother Nature truly is a beautiful thing and thanks to modern-day technology, we have an incredible insight into this amazing world.

A photographer in India recently captured a picture of a tigress walking through a forest with her cubs, and it is absolutely breathtaking.

One photographer from India spotted something magnificent recently...

Parveen Kaswan, who works for the Indian Forest Service, is a member of the International Union for Conservation of Nature and he was out recently in an Indian forest.

He spotted a tigress...

Walking with her 5 cubs. Tigers, on average, usually litter around 3 cubs so this is a very rare (but beautiful) sight.

He captioned the image, "This is magical picture. Count the cubs with tigress. I know for a reason how few people will be elated after seeing this. Efforts are helping in making this species bounce back from verge of extinction. PC Siddharth Singh. Magical Terai."

So let's hope that the number of Bengal tigers of India continues to flourish.