19 Incredibly Wholesome Facts That Will Make Anyone Smile | 22 Words 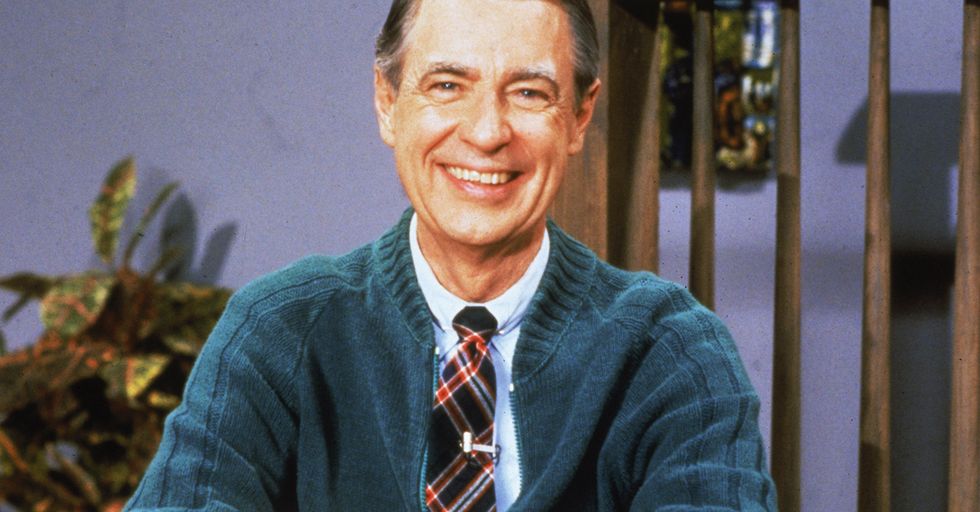 19 Incredibly Wholesome Facts That Will Make Anyone Smile

The news seems to be getting worse every single day, so we're going to try to distract you with fun facts! Ready?

These facts are so adorable, wholesome, and positive that you will have no choice but to say, "Awwwww."

So here it is, folks. A whole list of distractions from the currents state of the world, and a celebration of the lovely stuff out there.

Sea otters hold hands when they sleep so they don't drift apart.

You know what cow BFFs like to do together? Go to the mooooovies.

Some turtles can breathe through their butts.

It's true. These facts just keep getting better and better.

The voices of Mickey Mouse and Minnie Mouse got married in real life.

Wayne Allwine, the voice of Mickey for more than 30 years, married the woman who voiced Minnie, Russi Taylor. They were married for nearly 20 years before Allwine's death in 2009. The next one is so nice!

In 1984, a regular at a pizzeria asked his waitress for help choosing his lottery numbers. He won, came back, and tipped her $3 million.

For eight years, Robert Cunningham was a regular at Sal's Pizzeria in Yonkers, NY. One night, he asked waitress Phyllis Penzo to split the numbers on his card. On April Fool's Day, she was woken up by a phone call from Cunningham telling her he'd won $6 million and she was entitled to half of it. After he convinced her it wasn't a joke, she, rightly, totally freaked.

Mr. Rogers' sweaters were all knitted by his mom.

How precious is that? Man, he was one good dude.

Gorillas hum when they eat their favorite food.

What a coincidence...so do I! Mainly, it's to say "Do not disturb," which is also the reason I do it!

Libraries outnumber McDonald's in the United States by a ratio of 8:1.

Goldfish are made with smiles.

Literally! How great is that? The next one will also bring a smile to your face...

His name is Nils Olav, and he earned many medals for good conduct and long service as a resident of the Edinburgh Zoo. For his knighthood ceremony, there were speeches and troops and everything.

Well then, I guess it's good to be a pig. Who knew?

There is only one member of the band ZZ Top who doesn't have a beard.

He is the drummer. His name? Frank Beard.

A group of pugs is called a grumble.

As in, "For my birthday, I'd like to be put into a large room with a grumble of pugs, who just run and cuddles and play with me all day."

Canada receives 20,000 tulip buds from the Netherlands every year as a thank-you for their aid in World War II.

As you may or may not know, tulips run rampant over the Netherlands, so this is quite an appropriate and generous gift. The next fact will make you squeal. Guaranteed...

In Welsh folklore, corgis were ridden by fairy warriors.

I mean, it just makes sense. Everything about this is perfect.

There are more trees on Earth than there are stars in the Milky Way galaxy.

Think about it. All the rainforests, regular forests, and trees in parks... That's a lot of trees. There are an estimated three trillion trees on Earth. There are somewhere between 100 and 400 billion stars in the galaxy. That's way more trees than stars.

Dolphins have names for each other.

It's high time we stop believing we are the most intelligent animals on the planet because it's clear on so many levels that dolphins have us beat. Yes, dolphins use unique whistles to identify each other.

Crows visit their parents after they've left the nest.

Just like humans! Let me reiterate: We are definitely not the smartest animals out there.

When Liechtenstein's army went to war for the last time in 1868, the country sent 80 soldiers to guard an Italian mountain pass. They returned with 81 soldiers because they befriended an Austrian on the way home.

Is that not just the best story you've ever heard? And don't you sort of want to go live in Liechtenstein? Share this with someone who could use a pick-me-up!