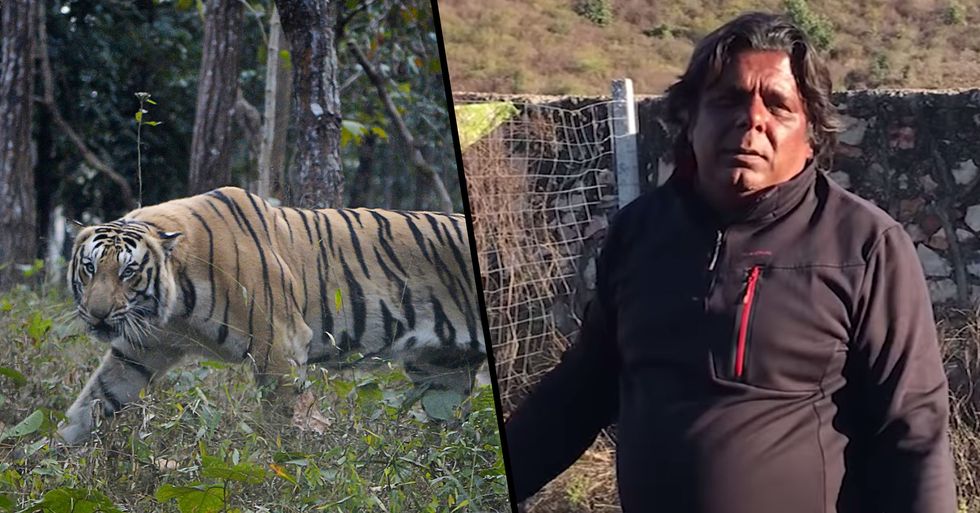 The sea-levels are rising, the once thick ice caps are melting, as the earth warms to some of the highest levels ever recorded. This isn't breaking news anymore, but worryingly some people are still denying these changes even exist.

One couple in India wanted to make an active contribution to help tackle the climate crisis, what they've achieved is extraordinary.

But the earth has always been changing?

While this is true, and the earth has gone through stages of extreme temperature changes and atmosphere shifts, this happens naturally over millions of years.

This is where the problem lies.

Over the past eight thousand years of recorded human history, we've seen changes in the earth that would naturally take tens of thousands of years too come to fruition.

The climate is sensitive to small, persistent changes.

Such as the evolution of humans. Our influences on the amount of carbon dioxide into the atmosphere and our general effect on climate change has been a hotly debated topic... especially in the U.S.

This is according to the Intergovernmental Panel on Climate Change’s (IPCC) fifth assessment report.

"Humans emissions and activities have caused around 95% of the warming observed since 1950." This figure alone is terrifying.

But how can we combat the effects of global warming?

The associate professor of sustainability at Lund University, Kimberly Nicholas says: “We need to cut CO2 emissions almost in half (45%) by the end of the next decade." One way of doing this is to cut down on our use of fossil fuels, and start using more renewable energy.

Another way is to grow an entire forest.

One couple in India has done just that, after buying large plots of land.

They have dedicated the last twenty years of their life to rebuilding the land.

The plots of land are next to a tiger reserve, which the couple bought specifically to let the forest around it grow back.

The pair moved to Rajasthan 2 decades ago.

Shadows and light. There is a lot of dappled light hitting the forest floor especially during early winters dry dec… https://t.co/gL8ynML23w
— adityadickysingh (@adityadickysingh)1581070326.0

The photographer, Aditya Singh and his wife Poonam Singh, an avid environmentalist, moved to Madhopur city to be closer to nature.

They wanted the land to be left undisturbed.

Over the years, the couple have bought roughly around thirty five acres of land!

When they first arrived, the land was barren.

The parched brown land and limited vegetation turned into a lush green forest right before their eyes. The space is now frequented by an array of animals, including the tigers.

The area is called Bhadlav.

Aditya admits he was able to buy the plots of land for a lot cheaper because the farmers sold their land due to the local predators.

Aditya explained: "I just bought this and did nothing to it except removing the invasive species. We allowed the land to recover and now after 20 years it has become a lush green patch of forest which is frequently visited by all kind of animals, including tigers, leopards and wild boars."

The couple ensured the animals were able to get water even on long hot days.

They created water holes dotted within the landholding, to provide the animals with sufficient hydration.

Since this addition, the threat to farmers from wandering tigers has greatly reduced.

Aditya explained: "It is simply because the animals understand that in this patch of the forest they get prey, water and safe shelter without any disturbance."

They have had many offers from people looking to buy the land.

But Aditya and Poonam aren't looking to sell the land. It's their love of wildlife and nature that's keeping them loyal to the safe haven they've created. "Money was never the consideration. It is just about my love for nature and wildlife," the couple said.

Aditya and Poonam have inspired other land owners.

They have shown them the benefits of doing what they have done, and tried to help their neighbours follow suit. Aditya has even been "getting queries from people across India who want to replicate a similar model in their state." It's people like this that restore my faith in humanity.