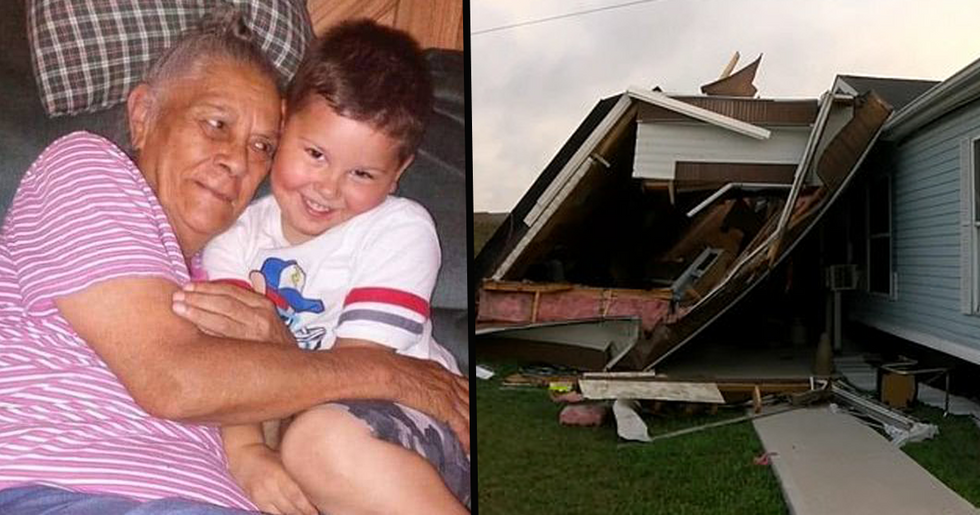 The outcome of this tragic story is truly heartbreaking...

Indiana has been battered by horrific storms this week.

With the Fort Wayne area being particularly affected.

Monday was a particularly brutal day.

As the rare derecho storm left hundreds of thousands without power and destroyed many acres of crops.

Many have been impacted by the rogue weather.

With buildings and land destroyed all across the area.

And amidst all of the chaos, one particularly brutal story stands out.

And it's a tale of the ultimate sacrifice.

As the storm ravaged and destroyed ...

One great-grandmother did everything she possibly could to protect her great-grandson.

For most, there's nothing we wouldn't do for our kids.

But one story of sacrifice this week has absolutely broken the world's heart.

There's nothing as rewarding as having a family.

Being a caregiver is basically the hardest job on earth - and the pressure to be perfect can make life even more stressful.

Children are totally worth it.

But sadly, many out there have experienced the tragedy of seeing their children go through very difficult situations.

The Indiana storm saw winds of over 112mph.

And it caused destruction in Nebraska across Iowa and into Wisconsin, Illinois, alongside Indiana.

It destroyed thousands of properties.

It also took down power lines and trees across the states.

But it was north-central Indiana that was the most adversely affected.

Dozens of injuries have been recorded in the area.

And one Indiana woman has died in the storms.

73-year-old Isabel Atencio was killed in the mobile home she'd lived in for many years.

She was discovered buried under a huge pile of rubble.

And even more heartbreakingly, she was clutching on to her great-grandson - who miraculously survived.

The toddler was only minorly injured thanks to her sacrifice.

"It's awful. I was thinking about that all last night." Adam O'Connor, deputy chief of the Fort Wayne Fire Department, said.

Her death has been ruled as accidental.

"She is definitely my hero."

"She earned her wings for sure last night. I'm very grateful and thankful for her," Kaylee Shaw, mother of the toddler, shared.

Tributes have poured in for the hero.

"She would do anything for you, and I'm really at a loss for words right now because already I miss her so much," a neighbor mourned.

A GoFundMe has been set up to help with funeral costs.

"Looking at that mess you would think neither one of them would have made it. But Chase did," it reads.