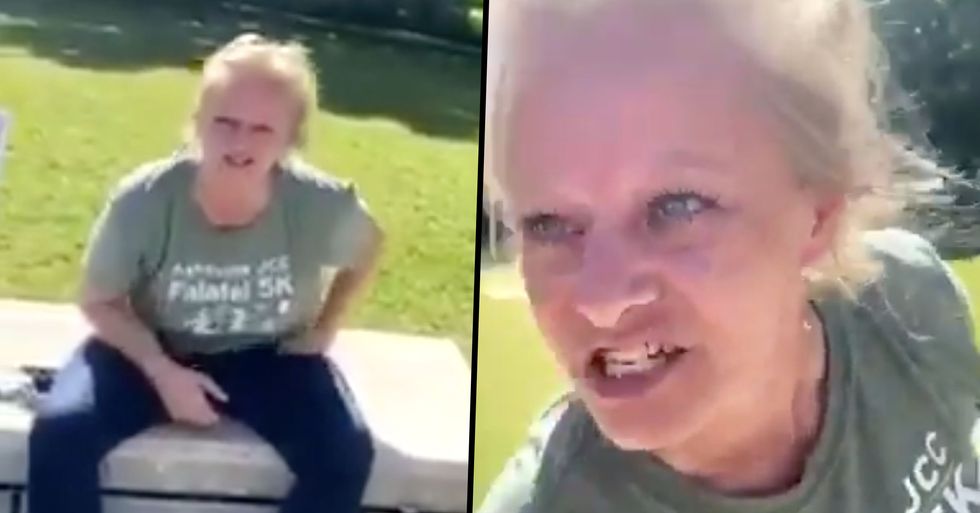 An infamous racist woman who was filmed several times abusing BLM protestors has passed away after being hit by a fire truck.

Is this a true case of karma? Well, many seem to think so...

This story has definitely caused a lot of debate.

With many feeling torn about how to react to news of this woman's passing.

And it looks like change is finally on its way thanks to the millions of protestors demanding justice for black people all around the world.

And they most certainly aren't acknowledging that black people have had it so much harder than other ethnic groups - especially white people.

Racists are using All Lives Matter as an excuse for their disgusting behavior...

And it's clear that some attitudes simply won't be changing any time soon.

Many racists have gone viral online in the last few months...

But one woman has seemed to stand out from the rest and she faced her fate in the worst possible way recently.

And she has sadly become famous over the last few months for her disgraceful racist outbursts in public.

It all started back in June when she was filmed verbally attacking a woman wearing a hijab...

And in July, she was arrested and charged with simple assault, disorderly conduct, and second-degree trespassing.

The forty-one-year-old woman is from South Carolina...

And she has made herself famous online after she repeatedly crashed BLM protests and threatened people with derogatory and racist language - despite her past arrests.

She has been filmed on numerous occasions using the "N" word against protestors...

And her violent behavior was extremely alarming. "Touch me bitch. Fuck you n*****," she screamed in one video.

Several shocking videos have surfaced of Ruit and her explosive behavior...

And she seemed to be going around and specifically targeting BLM protestors.

Here she is squaring up to a woman for no apparent reason...

And her behavior just didn't seem to be cooling down.

Ruit even made it on the news...

And her name was beginning to become more and more familiar across the country.

She garnered a lot of hate online.

People didn't at all appreciate Ruit's ignorant and aggressive attitude and many felt that she was an extremely troubled individual who needed help urgently.

But the news is just in that something terrible happened recently.

On the 13th of July, eye-witnesses saw Ruit get hit by an Asheville Fire Department pickup truck after stepping in front of traffic.

And it shows the firefighters attending to Ruit as a black woman stands over them and says a prayer.

It is believed that Ruit stepped out into the traffic by accident...

And according to Metro, Ruit died in hospital a day after being struck by the vehicle.

And people feel that her death is a classic case of karma.

Many are sorry that she died...

And people pointed out how traumatic her life must have been for her to behave in the ways in which she did.

People have been reaching out to the firefighter who accidentally hit her...

And they are hoping he gets the help he needs following this traumatic experience.

Even though Ruit was known for her unkind and derogatory behavior...

It's important to remember that there was a reason she was like this and nobody deserves to die under these circumstances.

We send out our condolences to Ruit's family during this difficult time.

Keep reading to learn about the British pageant winner who has been stripped of her title after posting an "All Lives Matter" Facebook post...