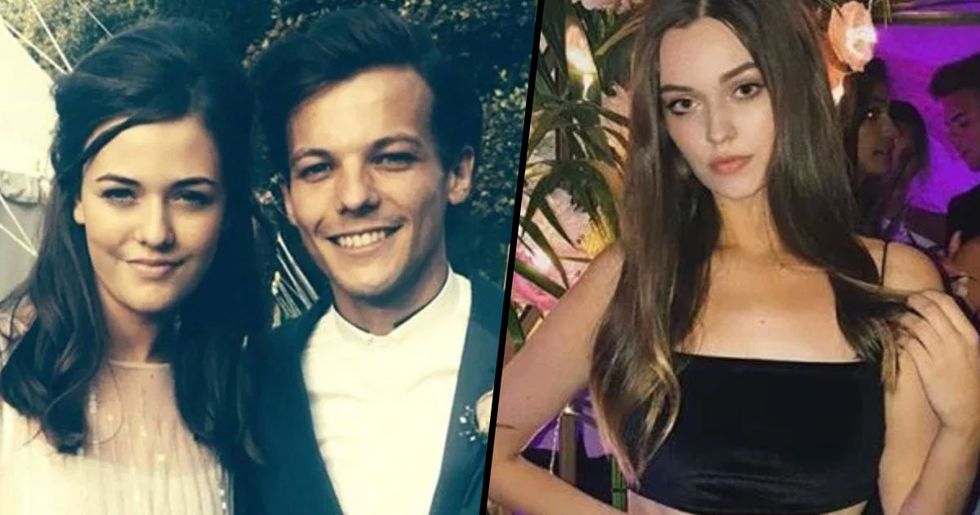 Louis Tomlinson is the famous former band member of British pop group, One Direction. We all remember the cute and stylish British boys who rose to fame on X-Factor and captured the hearts of girls across the world. Their voices and faces were everywhere after their boy-band debut in 2010.

Though it seems like the entire world knows of the singers, what the boys (and Louis especially) have managed to keep special, has been their close relationship with friends and family.

Tragically for Louis, his mother passed away from cancer last year, and in March, he lost yet another family member - his eighteen-year-old younger sister, Félicité.

6 months on from the heartbreaking incident, an inquest has confirmed the teen's cause of death.

A lot has happened in Louis Tomlinson's life since his departure from One Direction.

The band split up in 2015, with each member breaking off to work on solo projects. Tomlinson went on to guest-judge on the X-Factor and pursue some personal projects during that time.

Then, in 2015, it was reported that Tomlinson was expecting a baby with hairstylist, Briana Jungwirth.

Tomlinson later confirmed the reports, and his baby boy (Freddie Reign) was born months later, in January of 2016.

Just a few months after the birth of his child, Tomlinson's mother passed away.

Tomlinson's mother, Johanna, was only forty-three-years-old and had been battling cancer for almost a year when she passed away in December of 2016.

Tomlinson's mother and father had split up years and years before, when he was a child.

Johanna remarried and had Louis' four half-sisters. After his parent's divorce, his father had Louis' fifth half-sister from a second marriage. This left Louis with five sisters: Charlotte, Félicité, Daisy, Pheobe, and Georgia.

Then, another tragic, life-changing event occurred in Tomlinson's life.

The star's younger sister, Félicité was found dead in March. The Sun reported that Félicité had collapsed at her apartment in London.

The eighteen-year-old was a known aspiring fashion designer and Instagram influencer.

Her horrified school friend, Zainab Mohammed, found her lifeless body in bed, with sources at the time saying that she collapsed due to cardiac arrest.

Louis was alerted shortly after the heartbreaking incident.

The singer lives in London and is said to have been close with his sister, visiting her often in the city.

Not long before, the singer released a new song dedicated to his mother after her passing.

Louis released the song, titled "Two of Us," about grieving the passing of his mother over 2 years ago.

In the song, Louis sings to his mother.

The chorus of the song reads: "I will be the best of me, always keep you next to me, I'll be living one life for the two of us."

Tomlinson posted a teaser video in anticipation of the song beforehand.

He was seen writing out a sweet, heartfelt note that reads: "So I will keep you day and night, here until the day I die, I'll be living one life for the two of us."

It was said that Louis canceled his scheduled events in the wake of his sister's passing.

Louis was set to attend the BBC charity show, Comic Relief, the following night, but understandably pulled out of the show.

For 6 months, the cause of Félicité's death was unknown.

Despite initial reports that she passed away from a cardiac arrest, an inquest had not yet been held to confirm the details.

But, today, an inquest has confirmed the teen's cause of death.

Today, the coroner ruled that Félicité died as a result of "misadventure" and an "accidental drug overdose," from taking a “perfect storm" of drugs.

Scotland Yard confirmed that she was pronounced dead at the scene.

Despite the ambulance crew's best efforts, attempts to perform CPR came to no avail and Félicité was heartbreakingly pronounced dead. Coroner Shirley Radcliffe said: “She was found unresponsive by her friend at her home address. The London Ambulance Service attended, CPR was commenced but to no avail." “I think the most appropriate conclusion would be misadventure. This was an individual who took drugs voluntarily and has succumbed to the side effects of those drugs accidentally. “To some extent, I’m sure she knew the risks she was taking, but I do not think this was a deliberate act to end her life."

The inquest heard that eighteen-year-old had struggled with substance addiction in the past.

Félicité had a “history of recreational drug use," following the death of her mother from leukaemia in 2016, and, as a result, had previously been admitted to drug rehabilitation and referred to a private drug addiction health clinic last year.

“Félicité Grace Tomlinson has died as a result of drug toxicity on Wednesday the 13th of March 2019." Utterly heartbreaking. Our thoughts are with Louis and the rest of the Tomlinson family.