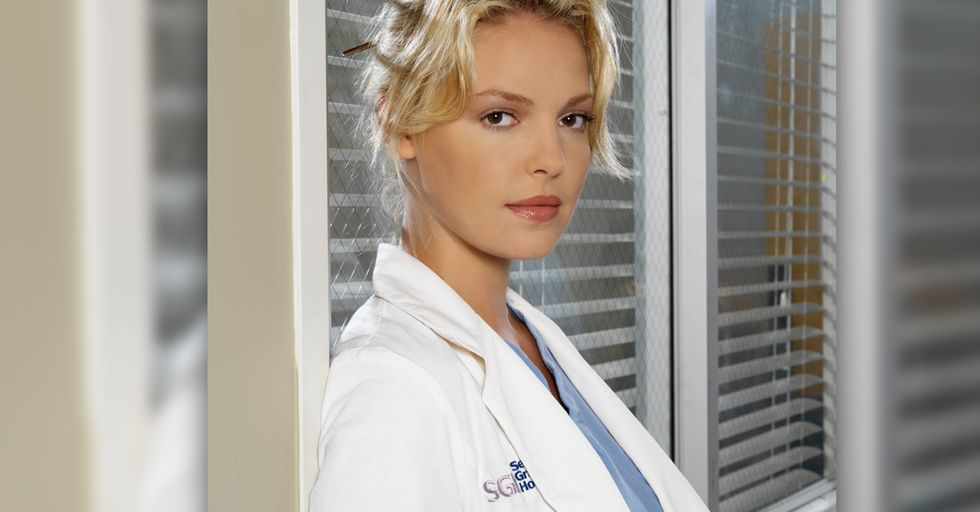 Celebrities Who Really Screwed Up — and Everyone Still Remembers It

For most budding stars, a flame is a flash in the pan – there one moment, gone the next.

Then there are the others, the ones who are shooting stars, arcing across the galaxy.

That is until they fall. And when they fall, they fall super hard. Here are 10 stars who have had meteoric falls from grace.

Remember when Katherine Heigl was the "it girl" to end all it girls? She was America's Sweetheart, THE face of the hottest TV show, Grey's Anatomy. She was also starring in THE hottest comedy, Knocked Up.
Then she went and pissed all over the writers of Grey's, as well as the people she worked with on Knocked Up.  Word to the wise, never mess with Shonda Rhimes.

Ah, Robin Thicke. There was a time circa 2013 when he was the hottest singer around. "Blurred Lines" had revitalized what had always been a low-key career, and there he was, on stage with Miley Cyrus in that striped suit, crooning as she twerked on him.
Then came the revelations that Thicke had a substance abuse problem, and the lawsuit alleging he'd plagiarized "Blurred Lines." It was also revealed that he and longtime partner Paula Patton, were in a bitter custody battle, that included accusations of domestic violence. When they fall, they fall far.

Once upon a time, Kevin Spacey was a highly-respected, highly-regarded actor, and the powerful Hollywood figure who commanded the roost at Netflix's House of Cards.
Then came the revelation that he had harassed, assaulted, or attempted to assault several actors, many of whom were teenagers at the time. Spacey's life crumbled around him – ironically, very much like a house of cards.

Aaron Carter was a certified teen heartthrob. When he burst onto the scene during the mid-2000s on the heels of his brother Nick Carter's Backstreet Boys fame, he had all the teen girls in a tizzy.
Fast forward a decade later, and Carter is now tabloid fodder for his alarming weight loss, bankruptcy, and arrests. Thankfully, Carter went to rehab and seems to be doing much better now.

In the early 2000s, pop culture had three queen bees – Lindsey Lohan, Britney Spears, and Paris Hilton. While Britney and Paris managed to hold onto their celebrity and wealth, Lohan's star took a nosedive soon after what would become one of her most memorable additions to pop culture, Mean Girls.
Between her arrests, problems with sobriety, and forgettable movies, Lindsey's star has fallen a long way indeed. But if there's one thing we know about pop stars, it's that they don't stay down for long.

What kid in the early aughts didn't watch the Nickelodeon variety show All That?  It was wacky, it was fun, and it starred actress Amanda Bynes in all her multifaceted glory.
By 2010, however, Bynes had retired from acting. And by 2012, she was well on the way to a full-on nervous breakdown, which ended in her being committed on a 72-hour hold, and her parents gaining conservatorship over her.

Matt Lauer once ruled the roost at NBC. He was the king of daytime, co-hosting the Today show with a revolving cast of cohosts, including Ann Curry, who he notably had fired.
When it emerged that Lauer had sexually harassed his colleagues and workmates over the years and that he even had a button for locking women in his office, Lauer's career went sideways faster than Donald Trump's toupee going up Air Force One.

Whatever happened to DMX? No, really – what the heck happened to the man who was the most promising rapper in the game? In the early 2000's the rough-voiced rapper was darn near ubiquitous with his distinctive vocal growl. By 2010, nothing.
The rapper has been in and out of jail for the better part of a decade over a myriad of offenses including resisting arrest, falsifying identity, animal cruelty, reckless driving, drug possession, etc. How the mighty have fallen, aye?

Can you believe Lance Armstrong was ever a thing? The former professional cyclist won the Tour de France seven times in a row and had people wearing those yellow Livestrong bracelets like it was the hottest new thing. Oh, and he also beat cancer, which meant he was a national treasure.
Well, turns out that national treasure was doping, so he had his championships, and Tour de France wins voided in short order, and his name dropped from his own foundation. He's now persona non grata, and is being sued by countless entities for fraud to the tune of $100 million.

Charlie Sheen once had a thriving career and was the highest paid actor on television with his show Two and a Half Men, for which he earned $1.8 million per episode. Nice, right?

Then came his dismissal from the show for substance abuse, his many meltdowns during which he claimed to be "winning" and that he possessed "tiger blood." Add to this the revelations of his HIV positive status and the claims of several women that he had unprotected sex with them without disclosing his status. Sheen's star has fallen so far; you can barely even see it anymore. Share this with a friend who loves celeb gossip as much as you!