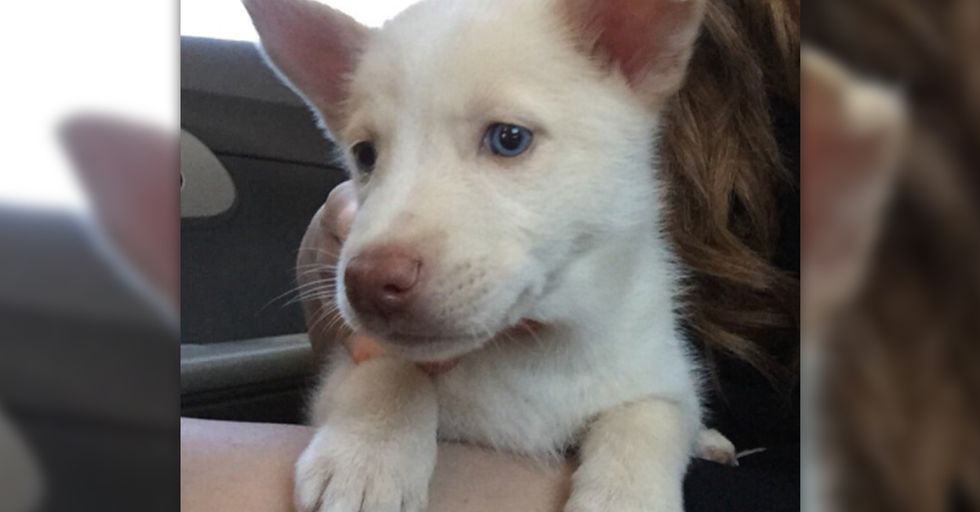 These days, there is a lot of deception and misguidance on the Internet.

But I swear to you, this story happened just like it says in the title.

Strap in, folks, because this is going to be a wild ride.

NO BIGGIE. Her roommates just exchanged nude photos for an actual puppy. Let's break this down...

Out of nowhere it seems, one roommate brought the proposition to her friends:

Maria was immediately in support of the cause, offering up her own. But then, she remembered that some other random girl sent her nudes, and they could use those instead...

First, it seems Maria sent the photos to her roommates. You know, as a test. Are these photos worthy of a husky puppy?

Turns out, they were:

LOOK AT THAT FACE. Who wouldn't send nudes to get that puppy?

Well, he's just a beautiful little pup, isn't he? It seems this scheme totally worked, which is bonkers, but there's more to the story, of course. We're just heating up...

The girls named him Balto.

Which is simply perfect. He looks super at home in his new space, completely unaware what went down to procure him.

And since people were asking, Courtaney clarified that they had permission from the girl whose pictures they were to use them for this purpose.

While the girl was understandably confused at first, she did give the girls permission to use them to procure Balto. This unnamed girl is the true hero of our tale.

Now that that was cleared up, people had questions about this seemingly suggestive photo that one of the roommates had as her avatar.

The layers to this tale are endless. Seriously.

Most of the Internet concurred that they needed answers about this photo. There's got to be a story behind it.
Balto is cute, but this photo demands answers. Luckily, the girls delivered...
It's a bottle of ranch, people! Get your minds out of the gutter.

Since that was cleared up, the Internet got back to the case at hand: freaking out about how these girls obtained an adorable puppy.

Many people thought it was, in Trump's words, "the best trade deal in the history of trade deals, maybe ever."

Others were not on board. This person went so far as to call the girls "disgusting," which is way too harsh.
Most of the detractors were concerned that the girls use nude photos that weren't theirs. It seems that these folks missed the fact that they did in fact ask for permission from the girl whose photos they were.

This person had a different question for the girls:

But I would argue that they definitely did rescue this pup. Any guy who'd trade a puppy for some nude photos wasn't going to take very good care of that dog. People from all sides of the Internet chimed in on this story...

Some were worried that this type of exchange might be illegal. Lawyers of the Interwebs, whatcha got on this?

Most just wanted to make sure Balto would be taken care of. This pup deserves to be happy.

Some didn't understand the backlash at all. For many, these girls were just pretty resourceful.
Most thought the story was hilarious and great, provided these girls care for the pup like they're supposed to.

Courtaney reassured everyone that they are true dog lovers and will give Balto everything he needs to live a happy puppy life.