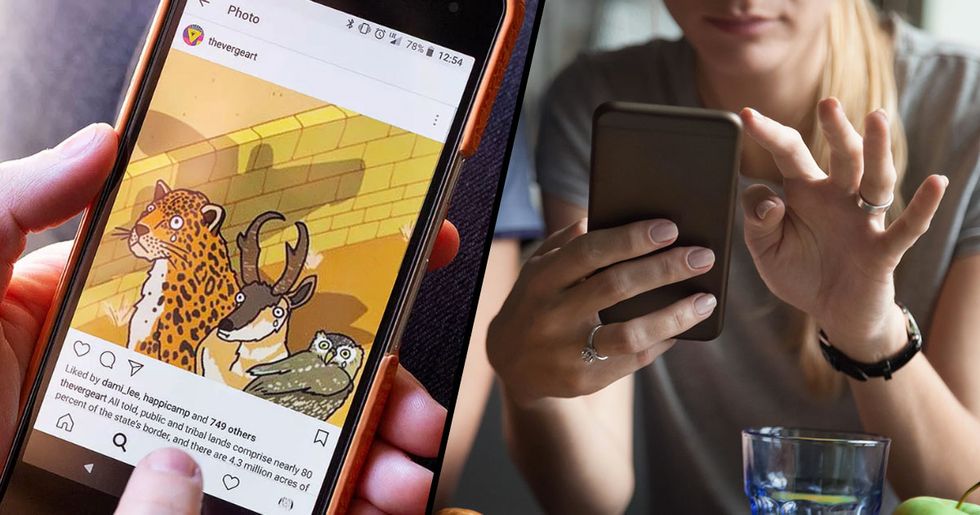 Instagram is rapidly trying to change things up with the app in order to tame social media complaints. The latest update involves many new features, but the one that stands out the most is the removal of the "following" feature. This allowed you to see who was liking what and exactly when they were liking it. It also allowed you to take notice of who was following who, which started a global obsession.

Keep scrolling to see the reasons behind the removal of this long-term Instagram feature.

Remember when social media was just about sharing cute pictures of your dog?

I remember when Instagram first hit the scene. A little, brown camera icon with all the potential in the world.

So almost felt like I was betraying it if I suddenly made an account with Instagram. Plus I didn't think I could keep up with two socials! My fourteen-year-old brain couldn't handle all the updates.

But a year down the line... things changed.

With the hubbub around Instagram growing by the second, I really felt like I was missing out on posting filtered pictures (Snapchat didn't exist then!) so I just had to get in there before the fad died out.

And once I was there, I was hooked.

Snapshot after snapshot with a sepia filter became the norm. If you happened to stumble across my account, you would think I was living in an old movie or something.

But then, things took a turn for the worst.

Instagram introduced the "following" feature. With this little section, you could literally monitor what the people you were following were doing.

From celebrities all the way to your own friends.

And so, the obsession began.

It became a tool with which one could address internal problems.

The section was a place for micro-stalking. Girls would make sure their boyfriends weren't liking other girls' pictures. Boys would watch out to see what football posts their friends were liking. You can't betray your own team, can you? It became a method to coax out the snakes.

"Why are you liking my ex's pictures?"

"I did it by accident," became the ultimate excuse. Relationships were at stake. Friends became enemies. And everyone had eyes everywhere. You had to be careful. It was a dog-eat-dog world out there.

And don't get me started on celebrity scandals...

Because you could even see what your favourite idols were getting up to. I remember when Harry Styles first liked Taylor Swift's selfie and the whole of the internet blew up at the mini interaction.

I mean, he might as well have just announced it to the world, right?

But upon realizing that Instagram was actually the cause of sudden break-ups and obsessive behavior, the social media giant has now decided to remove the "following" feature.

That's right, no more micro-stalking for any of us.

For those of us who spend a little too much time seeing what everyone else is up to, this one's for your own good.

The tool has been deemed "creepy," so it's now time to let it go.

Just press that "update" button and let go of a past that we never have to speak about again. After mentioning that the tool caused "paranoia," Instagram decided it would be a good idea to remove the feature that has been with us for the past eight years.

However, opinions on the issue have been mixed.

This one's a bit of a direct attack on us all...

And if you want to read about how Demi used Instagram to piss off her entire fanbase, then keep scrolling.