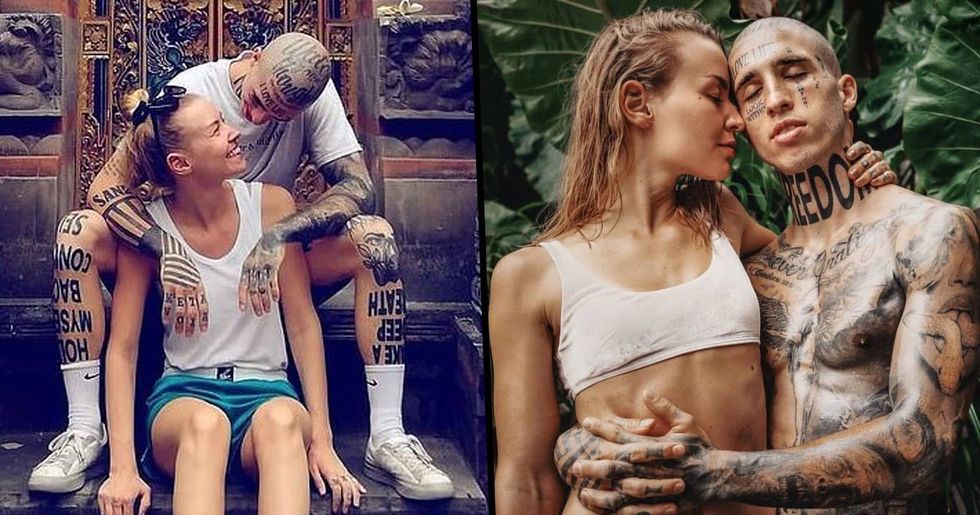 It's crazy to think that thousands of people around the world "make a living" from being a social media influencer.

A social media what now?

A social media influencer is basically someone who has gained a large number of followers, mostly on YouTube or Instagram, and have established credibility in a certain industry, whether that's beauty, travel or fitness (etc). Users can earn a fortune from being a social media personality, but what about those who don't earn the living that they had hoped for from posting on Insta every day?

An Instagram influencer has recently admitted that his very own mother works two jobs to fund the Insta lifestyle of himself and his wife. Trust me, you're not the only one whose jaw dropped when reading that...

Read on to learn more about the obnoxious couple and their ridiculously high expectations of their followers...

Since its launch in October 2010, Instagram has become one of the most popular social media platforms. It's now a multi-billion dollar beast that has around five hundred million users.

Instagram isn't just a social media app, it's a way of life. People take to the app obsessively to flaunt their little luxuries, document every (good) inch of their lives, and catch up with their favorite (and unrealistic) "influencers."

It's a well-known fact that the lives portrayed on Instagram are edited and tweaked to look as perfect as possible. Nobody's life is as perfect as Insta makes it look...

And that goes for the thousands of social media influencers out there.

Social media influencers are basically paid to portray a perfect world online. Everything that they post gets taken into consideration, and if they lose even a couple of followers, it can all go downhill from there. It sounds just like a normal job, doesn't it...

These influencers go to the extremes for that perfect Insta snap.

Meet Catalin Onc and his wife, Elena. The German couple has created their joint Instagram account, "another_beautiful_day_official", to document their travels around the world and their lifestyle of "freedom and peace."

And in typical Insta fashion, every upload is close to perfect.

Cat and Elena make sure that their Instagram is aesthetically pleasing and it seems that they go to extreme lengths to get the perfect photographs for their 34,000 followers. There isn't even a hair out of place in this one snap...

Traveling through and exploring different parts of the world is how Cat and Elena have gained their following. They have shared their travels over the past few months in lush locations such as Paris, Nepal, Bali and Copenhagen. Their earthy and free lifestyles have recently been contradicted, however...

The couple have asked their followers to fund their upcoming trip to Africa.

On 20th July, Cat and Elena are planning to cycle from Germany to Africa to raise awareness of mental health problem - or, in their words, it's "a celebration of life as they ride freely across mountains, by the sea, and through metropolitans." The catch? They're expecting this trip to be funded completely by their family, friends, and dedicated followers on Instagram. So much so that they have even set up a Go Fund Me page to allow easier payments.

Pretty cheeky, if you ask me...

It's an extremely bold move to ask strangers for money to fund a trip because they clearly can't be bothered to earn it themselves. Totally getting grumpy cat feels from this...

To make things even worse...

It has emerged that it's been Cat's mom all along who has been funding their adventurous lifestyles by working hard at two jobs. What on Earth happened to fully grown adults earning their own money and not relying on their poor, overworked mothers?

Catalin's poor mom "has not much herself."

In a recent Insta post from Cat and Elena (which has now been deleted) the pair wrote:

"At this very moment, my mother is funding us, she works two jobs and has not much herself. We didn’t ask her for money but she loves that she is able to help. Mum, I want you to know, that it is not only us but hundreds of others that benefit from your help."

After raising 200 euros (220 American dollars) through their Go Fund Me page, the couple quickly received criticism.

Cat and Elena's followers very quickly turned on them after this rude and arrogant request.

What has this got to do with mental health awareness?

One user on Instagram commented: "I like you both a lot and have been following your posts for a while now but I just don't get how this helps people with mental health issues like myself? This just seems like an adventure and a fun trip for you both and has no significant reason to help anyone else in any way..."

Was it a selfish act?

The mere fact that Cat admitted to having his mom fund their lifestyle is a clear indication of his selfish and arrogant nature. Anybody with respect for their families would not expect them to fund their lifestyles unless they were in unique circumstances that didn't involve being a social media influencer...

The influencers have responded to this backlash...

The couple has claimed to choose to "not live a lavish lifestyle," and that the situation that they are in "is teaching them a lot." Is it just me, or is traveling the world without having to work a single day a pretty lavish lifestyle? Just a thought...

What is it, exactly, that is stopping the couple from earning this money themselves?

Rather than rely on the bank of mommy, most would just get off their asses and get a job themselves to fund their vacations. But this just won't do for Cat and Elena. They recently said in a comment: "Some will just tell us to get jobs, like everyone else and stop begging. But when you have the impact we do on others' life, getting a job is not an option. We could model and make fast money, but we don't want to advertise consumerism. A normal job at this point would be detrimental."

The couple are no strangers to modelling.

If you scroll a little further down their Instagram page, you'll find endless modeling shoots, particularly of Cat. Contradictory? I think so...

Their followers are quickly turning against them...

One follower commented: "I'm confused your page is just pictures of you? How is that inspiring people? Feel real sorry for your mother. I'd say we could set up a GoFundMe for her but I feel like you would steal that money off her also."

Despite already (somehow) managing to raise $220, the couple is still far off their target of 10,000 euros. And it's not looking likely that they'll receive any more generous donations...

Perhaps it's time to take a step into the real world, maybe?

If Cat and Elena are really desperate to travel the world, maybe it's time that they take responsibility for their actions and do what every other adult in the world does - earn their own damn living! But they aren't the only Instagram influencers who have been publically shamed for their actions online. Caroline Calloway is a writer, an Instagram influencer, and a scam artist extraordinaire. She's also a huge fan of salads and flower crowns. This will all make more sense in a second. But for now, please sit back, relax, and let the drama consume you.