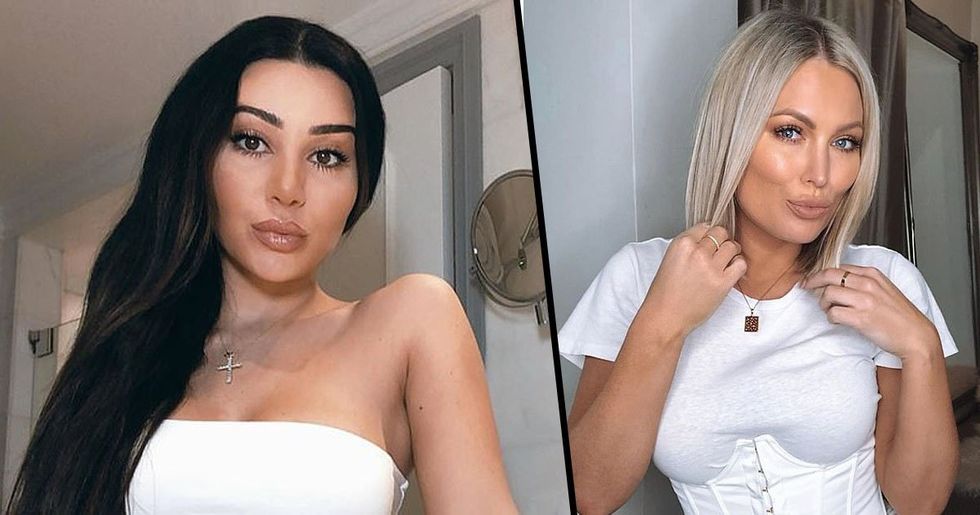 Brands, influencers, celebs and, well, plain old ordinary people alike use Instagram on a regular basis. In fact, over sixty percent of us internet users have an account - so it's a pretty popular app.

And if you're familiar with Instagram, you know that it's been a whirlwind over the last year or so, with a number of changes wreaking havoc with users across the globe. And now, there's another one to add to the list, as Instagram has begun removing the like count from our images.

For most of us, it may be a slight inconvenience, but nothing major. In fact, Instagram has come out with quite a valid reason for doing it. But there's a large group of people who will take a massive hit from this - those who make money through posting on the site: Instagram Influencers.

And the internet seems pretty reluctant to offer their sympathies. After all, there's forever been an ongoing debate about whether being a social media influencer is actually a job in the first place.

Keep scrolling to find out what the big change will mean for influencers and how everyone is reacting to the news...

The Facebook-owned app is host to so-called "Instagram Influencers" who make money by posting snaps and "stories" to their pages, usually promoting a brand or reviewing a product that they've been sent for free.

And many of them are making the big bucks.

Influencers can earn thousands from their online "sponsorships" (aka the posts that they're paid to upload). That gleaming "fame and fortune" lifestyle sounds very appealing, doesn't it?

But a number of changes that Instagram has enforced have made this career path rather unstable.

Unless you're right at the top of the ranks, we don't anticipate that it's a stable income anyway, not at least compared to the traditional 9 to 5, but Instagram hasn't exactly made it easy in recent years.

For example, does the word "algorithm" ring a bell?

Well, not too long ago, Instagram sparked outrage by seemingly altering its algorithm. The adjustment meant that users complained of content not appearing in chronological order and not being able to see everyone they followed's posts, as well as their own posts not being seen by all their follows - sending engagement plummeting.

As you can imagine, Instagram Influencers took a big hit from this.

Like this blogger/influencer, who has seen her likes cut from over 5k to a mere two-hundred in a matter of months. Ouch.

Apparently, our Instagram feeds wouldn't just be based on who we follow, but by what we are interested in too. So, for example, if you really like Kim Kardashian, and you have a habit of liking all her posts and watching her stories, chances are, her posts would appear near the top of your feed.

But people still refused to accept the change.

COULD YOU GUYS PLEASE FOCUS ON UPGRADING THE DESIGN OF @INSTAGRAM AND STOP CHANGING THE ALGORITHM, ITS ANNOYING https://t.co/itsejhanQV
— marvyn (@marvyn)1562617395.0

Ever heard the saying "don't fix something that isn't broken?" Well, that's exactly was this is. People simply wanted the old Instagram back, and it didn't matter what explantation Instagram tried to give, people, especially influencers, weren't budging on their stance.

Influencers did, however, seem to recover for the most part.

Of course, some people were hit worse than others, but many influencers at the top seemed to be doing just fine.

But now Instagram has implemented yet another huge change.

And, once again, it could be detrimental to influencers.

Yep. It looks like the site is actually moving forward with the plans, after teasing the change for a while. Currently, Instagram has said it is testing the change in countries including Ireland, Australia, and Japan and hinted that it could eventually be introduced globally. One of the first thoughts that came to mind after the change began rolling out was "what will this mean for influencers?" After all, brands dish out sponsorships based on people's likes, followers, and overall engagement. Well, keep reading, because some top stars could be set to lose all of their fame and fortune...

For the most part, people actually seem to think that the change is good.

I think most of us are pretty good at not judging our worth by the number of likes on an instagram photo. Where fol… https://t.co/chs5vOnVz6
— Sara Tasker (@Sara Tasker)1563454736.0

In fact, that's exactly what Instagram is trying to achieve.

After a staggering number of accusations were thrown at Instagram over the platform affecting its users' self-esteem, Instagram appears to have taken action, as Instagram chief, Adam Mosseri, highlighted in a statement: “We want people to worry a little bit less about how many likes they're getting on Instagram and spend a bit more time connecting with the people that they care about." It's a fair point.

But, when it comes to influencers, the change hasn't been as well received.

A number of influencers have reported that their follower count has plummeted, which could cost them big bucks when it comes to bagging sponsorships.

Influencers in Australia have taken a particularly big hit.

Who'd have thought that one little change would have such disastrous consequences? Well, it seems that, when you earn your money online, it can be a whole different ball game. For example, Married at First Sight star, Cyrell Paule, seems to be losing followers by the day, and the change could be to blame. Despite managing to gain nearly three-hundred followers on Friday, she’s already lost a total of 1,241 since the removal of the like count. Yikes.

Co-star, Elizabeth Sobinoff, is also feeling the effects of the change.

According to the analytics website, Social Blade, Sobinoff has also been losing followers. Despite being well known in Australia for posting about female empowerment, she’s lost almost one-thousand followers since the changes were introduced.

And people have had a lot to say about the issue.

People weren't exactly quick to offer up their sympathies.

Others thought that it was unfair on influencers.

@beckygelato @instagram Should be a choice to display likes though. Social media influencers have jobs that are dir… https://t.co/4lI5g6ZQCP
— Nate (@Nate)1563499097.0

But, for the most part, people were pretty brutal with their reactions.

The Aussies were particularly harsh, with many saying that influencers will "have to find a real job now." Ouch.

It seems that many people think that influencers have "an easy ride" and that it was never going to last very long.

No matter what you think, if your potential for earning money was declining, you would be pretty annoyed, influencer or not. As of now, it's unclear whether the change is here to stay, but we expect that many influencers won't be too happy if it is.

But this isn't the first time that influencers have been in the spotlight for the wrong reasons.

A growing number of social media stars have found themselves at the center of scandals. So, here are a few of the most shocking public scandals to ever grace our screens... or phones. Grab the popcorn, this is going to be juicy...