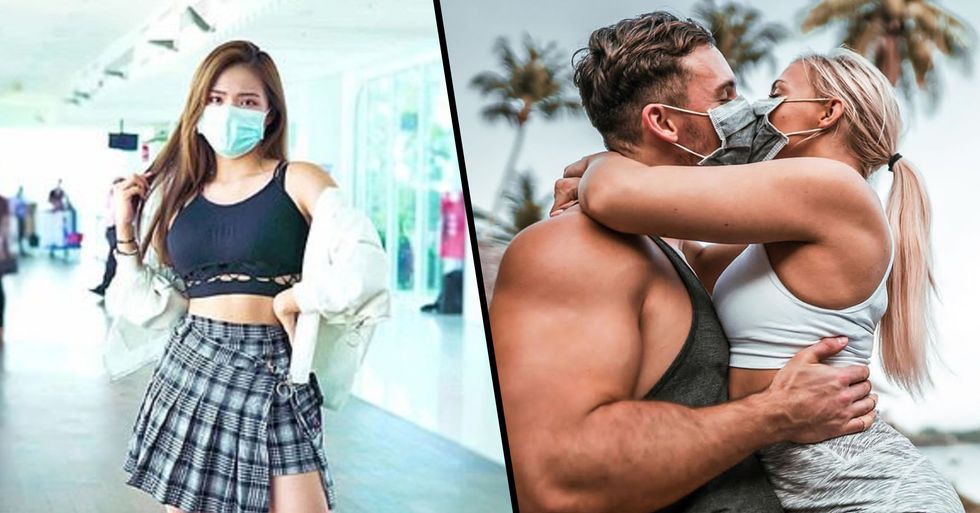 Instagram Influencers Slammed for Trying to Cash in on Deadly Coronavirus

170 people in China have now died from the virus, which lead to a global emergency being declared.

But unbelievably, Instagram influencers have been trying to cash in from the crisis and they have been seriously slammed for their actions.

It has been confirmed that 170 people in China have sadly died after contracting the virus, and close to 8,000 people have been infected - and this is now global.

And amidst this global struggle...

There are (unbelievably) people out there choosing to cash in on the crisis.

It seems that nowadays, influencers will do pretty much anything for money and more followers on social media and this is truly a devastating fact.

Wearing a mask to protect yourself is not fashion...

And influencers such as @Jeii_pong have been criticized for posing with a mask, using the hashtag "coronavirus", and encouraging users to "check out her Instagram story."

Instagram models seem to be catching on to the mask trend...

Model @sonyabuchik posted a picture of her posing in Japan wearing a mask, promoting her own vanity more than the awareness of the coronavirus.

Many are taking advantage of China's oriental culture for the perfect photograph...

Brazilian fashion analyst @evelynbmarques posted a candid photoshoot of herself in Changsha wearing a mask, along with the claims that the coronavirus "is not all bad" because she gets to spend more time at home.

Streetwear influencers have taken advantage of the global crisis to promote what they're wearing...

Israeli music manager @rotemavraham shared a photo showing off his designer wardrobe while in China... along with a mask, of course.

German influencer @fitnessoskar decided to post this candid snap with his girlfriend, who has her legs tightly wrapped around his waist, with the caption, "We are not afraid of the virus... we still enjoy our vacation and hope that this misery will be stopped soon." Problematic in so many ways.

This isn't cool, at all.

What these influencers need to remember is that people are dying, and that is so much more important than their pointless Instagram posts. Stay tuned for further updates on this developing story. Interested in rare diseases? Stay tuned for a list of people who have the rarest diseases on Earth...