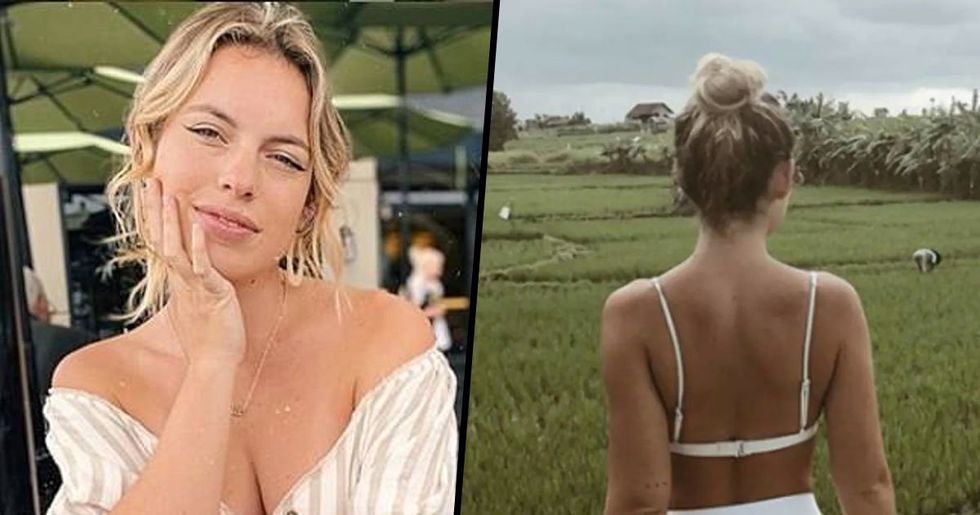 In 2019, you really can't get away with being a problematic person. The internet will call you out and cuss you until you deeply regret posting that selfie that exposed your overwhelming sense of ignorance or privilege. I mean, Instagram "influencers" of all people should understand the importance of being socially sensitive, but a whole bunch of these guys don't seem to be aware of this little fact.

We have a recent addition to the list of idiotic influencers on social media and you would not believe what she had the audacity to post. Knowing that I live in a generation in which these are society's role-models really makes me re-think my entire existence.

Here are a few of the most shocking public scandals to ever grace our screens... or phones... whatever.

Firstly, we have Olivia Jade.

You may remember Olivia from her presence on Instagram or from her YouTube Channel, @OliviaJade, where she would post beauty and lifestyle videos. Or, better yet, you may just know her as Lori Loughlin's daughter.

She was doing quite well for herself.

She managed to launch her own make-up line with Sephora and had brand endorsement deals with brands like Estee Lauder.

But when news broke that she cheated her way into the University of Southern California, everything started going downhill.

According to court documents, Olivia's mother, Lori, had paid the rowing coach a healthy sum of five hundred thousand dollars so that her daughter could be accepted into the university as an athlete... Hm...

And Liv played along with it all, posting pictures of herself at "training."

Academic integrity doesn't seem to be a thing that people like Olivia Jade respect. The backlash of her and her mother's actions came all at once. A number of brands dropped her as an ambassador and removed her from press events. Even though the beauty guru has not completely deleted her social media profiles, including her YouTube channel, which is still home to all of her videos, the activity on them is minimal these days.

At number two, we have Yovana Mendoza aka Rawvana.

This one's a classic case of exploitation of the masses.

Yovana was best known online for her veganism.

Her YouTube channel consisted of a range of videos promoting the benefits of a vegan diet, from healthy breakfast drinks to a whole Thanksgiving Vegan Dinner.

So what did she do?

Before announcing what happened in her personal life that meant that she had to give up the vegan diet, Yovana appeared in another YouTuber's video with a plate of fish in front of her. Not the best way to let your fans know...

And her extremely detailed apology video addressed the reasons why she was no longer vegan.

In a thirty-three minute video titled "This is what is happening," she outlined problems with her health that had cropped up as a consequence of the lack of animal proteins in her diet. This included things like the fact that she had stopped menstruating and issues with her small intestine.

However, her vegan fans weren't happy.

A lot of them accused her of "pretending" to be vegan just to profit from the lifestyle.

And this Twitter-user was annoyed because he felt as though she only admitted it because she was caught.

The biggest problem was that Yovana only seemed to address her situation when people noticed the plate of fish in a vlog, as opposed to her holding her hands up and being honest with her fans. I mean, I understand where they're all coming from because we don't know how long ago she'd given up the lifestyle - up until the apology video, she was uploading content that promoted the lifestyle as if she was still vegan.

In at number 3 of the problematic bunch, we have Emma Hallberg.

I remember when this scandal broke out late last year. It sparked a global debate about the social problems of extreme tanning, cosmetic surgery, and people's overall lack of empathy for black people.

This nineteen-year-old was basically posing online as a black woman.

It seemed as if Emma wanted to be mistaken for a black girl. She tanned her skin until it was a deep caramel color, curled her hair until it was almost frizzy and got her lips done so they were in a constant full pout.

She commented on the situation, claiming that her opportunities don't come to her because she "looks black."

"I do not get my sponsorships, work opportunities and collaborations because of the colour of my skin," she added. "I get it because of the way I style my clothes and create my make-up looks."

Some may say that this was just her personal idea of "beauty," and that she went after it, but I don't agree.

It raises so many social issues, including the fact that, even though she looks black, she will never have to face the pressures that actual black people have to face on a daily basis. Some even accused her of "blackface" and "cultural appropriation."

However, some people didn't see any problems with it claiming that "cultural appropriation" doesn't even exist.

#EmmaHallberg Keep doing you. Don't listen to these nonsense people. You can do what you want with your own ski… https://t.co/4ddp1ujw3r
— Brian Feldman (@Brian Feldman)1543435521.0

This user (@Str8Bawllin), actually encouraged Emma to continue what she was doing and it looks like she is. Even though her socials went quiet for a little while, her Instagram has gone back to being active, with new posts of the social media star emerging almost every single day.

Up next, we have Logan Paul.

Yes, that dreaded name would have to make an appearance on this list. We all know this guy as the YouTuber that absolutely murdered his career with one horrendous video.

The video posted showed exactly what you'd expect to find in a suicide forest.

The video, which was deleted immediately after the backlash ensued, was titled, "We found a dead body in the Japanese Suicide Forest ..." Not a promising title for a video aimed at a bunch of teens.

Even after creating a typical apology video explaining that he wasn't in his right state of mind when he posted the initial video, Logan lost access to Google's premium ad program and Google Preferred, while also being temporarily banned from the platform.

Well, we've mentioned cheating, suicide, and borderline racism, what else could we possibly be missing? Oh yeah, the "C" word.

This twenty-six year old Australian managed to fool the masses. And you wouldn't believe the claims that she made...

She wrote a book claiming to have cured her "multi-site cancer" without drugs, using diet and alternative therapies. Pretty bold claim to be making there, Gibson.

She then launched an app so that she could guide other people through the stages that helped her to cure her cancer. And to add insult to injury, she also said that she was donating a big part of her income from her ventures to charity, but obviously, along with everything else that she said, she was lying.

She only got caught out when she was put under scrutiny from journalists who were picking at the details laid out in her book.

That's when she admitted that she had entirely made up her cancer journey and that the foundations of her book and app were all built on lies. This is absolutely crazy!

She was taken to Australian court where she was fined over $400,000.

But I think that she got off this one pretty lightly. In my opinion, after purposefully exploiting patients by pretending that she had cured cancer, you deserve jail time at the very least. However, the backlash still hasn't kept her off social media. Recently, she re-joined Instagram but as a private account. Shamelessly, she told people that "shoutouts [are] appreciated." Disgusting.

The most recent "influencer" to kill their career is Natalie Schlater.

Bikini pictures are cute to post while you're on vacation in Bali. You can show off the fact that you're having the time of your life at the beach, but this Instagrammer was forced to delete her account after she wrote a "narcissistic" caption on her post in... a rice field.

We're used to these kinds of pictures splattered all over social media platforms, but you probably haven't seen one paired with this kind of caption. Here's what Schlater decided to write: "Thinking about how different my life is from the man picking in the rice field every morning."

With a comment like that, you would expect the internet to come for you, and that's exactly what they did.

The post went viral, of course. Twelve thousand of her followers, along with other Instagram-users used the comment section to let the model know exactly what they thought of her words.

"This is the epitome of the social media generation."

According to The Daily Mail, the comments left on the post were all slamming her for being "narcissistic" and "insensitive." Of course. We know that your life is completely different from the one of a rice farmer. That's why he's in the field working, while you post pictures like this on your socials.

Schlater commented on the issue as it started spiraling out of hand.

She claimed that her post was "extremely misunderstood" and that she was "very aware of [her] privileges and how grateful [she is] for all that [she has] in [her] life." She also apologized if she has hurt anyone's feelings as it was never her intention.

In the end, everything got a bit too much and she was forced to delete her Instagram account.

Every argument has two sides. On one hand, she shouldn't have published such an insensitive post, knowing how privileged she is. On the other, it is her social media and she is technically allowed to post whatever she wants. Either way, she was always going to get backlash from this. The bottom line is: if you have the guts to post something controversial in today's society, expect backlash from angry social media users.