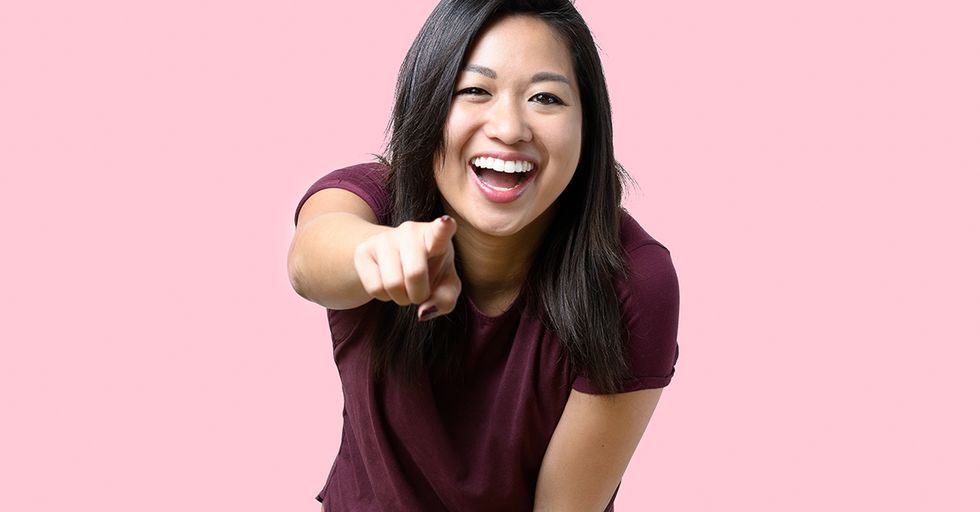 Insults so Good You Didn't See Them Coming

Insults like "jerk" and "moron" can be used whenever, but when you want to really cut to someone's core? You need a rare insult — we're talking about the kind of hyper-specific, unquestionably-accurate-yet-still-downright-scalding-hot burns that make everyone within earshot throw up their hands and go "daaaaaaayumn."

Here's how you'll know a rare insult when you see one — they generally begin with "This guy looks like," because, like poetry, the best rare insults are full of imagery. The insulter will search their memory for what the insult-ees behavior makes them think of, and sometimes — like in all the examples we've collected here — they'll absolutely nail it. Here you'll see the rare insults that are not only brutal but also fair. Accurate. Heart-breaking.

Will the people on the receiving end of these honest-to-god real insults posted on their Facebook and Instas and every other kind of social media? I cannot imagine they will.

The future's so bright, I gotta wear shades.

*Held up the grocery line because the card reader couldn't read my Apple Watch* Elderly Man behind me: (exhales) Let's move this alone, future boy. - memezzer

What a heel turn.

To the YouTuber who put an ad in their Rain Sounds for Sleeping video, please eat a rat poison sandwich. - whyhasgodforsakenus1

Who doesn't want a handsome baby?

From a text thread: PERSON A: Hey I need a favor from your parents. PERSON A: I want to have a handsome baby. PERSON B: How can my parents help you with that? PERSON A: Can you ask them which position they f*cked in so I can avoid it - eaglee955

"My fiance gets back from deployment in two days! HOW DO I GET RID OF THESE?"

Make up. Loads and loads of make up. Preferably white. Cover the face area as well to match the neck. Get yourself a red nose to finish the cover up. That way you can look like a clown since your relationship is a f*ckin joke. - BroncosoJR

But I've been such a good girl this year!

Mariah Carey beginning with "I don't want a lot for Christmas" and then revealing she wants "you" is such a good burn. - 29jake09

Just own up to it.

Mark Zuckerberg always looks like the guy in a zombie movie who's been bitten but is trying to keep it a secret from everyone. - ElliottTheAnimator

I always check Lyft first, but it's usually more expensive.

That's a $30 Uber from his eyebrows to his hairline. - Cowtickler

From an "Awful" rating on Rate My Professor: I never wore my seat belt while driving to school because I wanted to die before making it to his class. - skadooshs

Not the first time I've heard that one...

If you were the trophy at the end of my race, I would walk backwards. - astroboots

Baby Boomers did that thing where you leave a single square of toilet paper on the roll and pretend it's not your turn to change it but with a whole society. - lntenseLlama

Nicki Minaj blocked me because I said slappin' her on the ass must sound like when you close the microwave door too hard. - jaytix1

And everyone would learn a valuable lesson.

TikTok looks like a fake social media app the main character of a Disney Channel original movie would get cyberbullied on. - SeveredNed

Is that maybe... a bit extreme?

People who get diarrhea from Taco Bell are weak and their bloodline is weak and history will forget them. - itGmaHirsch

Rumor has it there were also dragons down deep in the vaults.

Jenner looks like a goblin banker of Gringotts in Harry Potter movies. - Astro_Dior

A master of disguise.

Take some of the incentives out of it.

We need to stop giving serial killers cool names like "The Night Stalker" or "The Green River Killer." We should remove the mystique, make it sound less appealing. "The Micropenis Maniac." "Bobby Dips*t, the Stupid Murderer." - kajraray

I spent $6K and over 40 hours building my 100 percent movie-accurate Groot costume and yet all the idiots in my office can't stop emailing about Shannon's dumbass toddler's bullsh*t Baby Groot costume that honestly looks like a turd in a marshmallow. - i_R_Batman

ME IN FOURTH GRADE: look under there FRIEND: under where ME: You fool. You absolute moron. You are such a monumental idiot that you don't even realize what you just said. I am a verbal magician and you, my friend, are a naive simpleton. Your family line deserves to die with you. - memezzer

Everyone said I was a talented artist.

I think I drew this girl when I was 4. - officiallydeleted

Lil' Pump is the type of person to put a ruler under his pillow to see how long he slept. - I_AM_DIZZI

Muscular dudes are susceptible to rare insults too.

You honestly sound like the only book you've ever read was the back of a protein powder container. - thelisagrace

One small step for roasts, one giant leap for roast-kind.

The Today Show Twitter asked if man really landed on the moon in 1969, or if it was a publicity stunt. The reply: It would take a team of 300,000 engineers working for nearly 10 years to design a vehicle to plumb the crushing depths of my disappointment in you right now. - mr_ched

"When should I pick you up?"

Adam's the kinda dude to drop his wife at her boyfriend's house. - callanville8

People from Wyoming are in my mentions insulting me for dissing their state yesterday and I'm just imagining them furiously riding a horse to a McDonald's in Utah so they can get wifi and tweet at me. - thejohnmc963

She always looked so frazzled by the end of the day.

You look like the 27-year-old substitute teacher who doesn't know how to make the class quiet. - Depressed_Maniac

This model looks like she's cosplaying every Scooby Doo character at once. - cranobano

It was a good year for wearing Axe Body Spray and being a bad person.

This man looks like if the year 2003 was a person. - LeviathanGray

One time in middle school I dated a girl for four days and when she broke up with me she posted on Facebook "sometimes your knight in shining armor is really just a loser in tinfoil" and to this day it's the sickest burn I've ever gotten. - Gutgrinder2000

Pete looks like if Voldemort moved to Florida and got into coke. - heeeer3sjohnny