Internet Liars Who Got What They Deserved | 22 Words 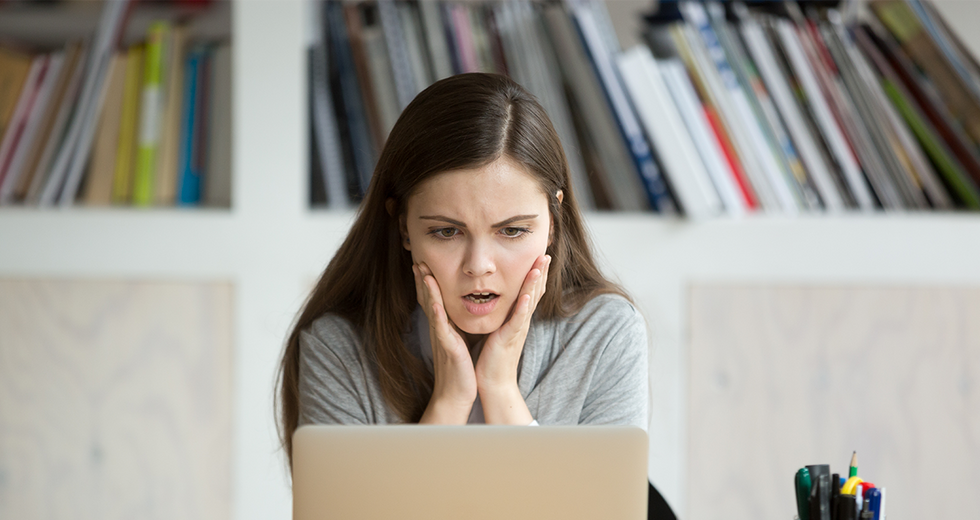 Internet Liars Who Got What They Deserved

You can't believe everything you read on the Internet.

Hopefully, we're not the first ones to break this to you, but it's really, really important that you know it to be true.

The Internet is a great place filled with great things, but it's also filled with all kinds of lies from all kinds of people who seem to think that lying is somehow less unethical if it happens on the World Wide Web.

For whatever reason, people lie about so many things on the Internet. This is especially bonkers considering the fact that the Internet also includes Google — a tool that can be used to quickly and summarily debunk erroneous info.

There are few things more satisfying than seeing people called out on their Internet lies. Here, we've gathered up a few of our favorite examples of Internet justice.

There's basically no limit to the things people will lie about on the Internet. Mark Hamill proves it:

"Mark Hamill said this thing." –Twitter "No I didn't." –Mark Hamill. I mean, who are you going to believe?

It's hard to measure exactly how much this didn't happen, but rest assured: It's a lot.

Someone should probably tell this person they actually have a pet elephant. That's an important thing to know.

The president or Shakespeare.

How did they even hear you? I don't think you know what "singing to myself" means.

"And gave me a Macbook."

Internet liars can't resist taking their stories just one level too far. The Macbook is what really does it in this one.

There are plenty of ways to get out of jury duty. We don't recommend using this one. (Actually, we recommend just fulfilling your civic duties!)

That is not how allergies work. Also, almonds are not peanuts. Two things you should know next time you tell this story.

This reminds me of the time my little brother talked to me about man's inhumanity to man when he was a mere 6 hours old. This next lie is a great example of what to look for when trying to determine whether a story is true or false.

If you're ever trying to determine whether an Internet story is a lie, just look for the people clapping. If they exist, it's a lie.

Healthy nachos for the win.

OK, first of all, those nachos sound awful. Secondly, there is no way he could be eating them while gaming.

Called out by a fellow student.

Did this person just forget that Twitter is a public forum? And that their fellow students also use it?

Guess what? Lying is wrong, too.

What a strange thing to lie about. You know people are going to want to actually meet this dog, right? Next up is a lie told by none other than Lil' Bow Wow!

Did he say "flying to NY on this exactly private jet"? Probably not. Plausible deniability!

At least they tried. Not very hard. But they did try.

They're also not in the box. Are we sure they're actually sunglasses?

They never said it was difficult to calculate the number of electrons. Maybe they truly are a genius. (They are not.)

We can pretty much guarantee that there are exactly zero 2-year-olds in the world who would rather have a passport than new shoes. Regardless, none of them are speaking like this. This next lie gets called out in the most amazing fashion.

Kimberly is a hero.

Kimberly could have just commented something like "Didn't you just send me an invite to 8 Ball Pool"? But no. Our girl was there with the receipts, and we are here for it.

To be fair, Power Rangers is another great source of wisdom. We're sure that kid will turn out fine either way.

Why tag him in the tweet? Why do any of this? What is the point?

"Did I say 'library computer'? I meant 'cell phone.' It's complicated, but trust me, this person is very attractive and definitely not me."

"News" has never stood for that. And it never will. This next one is oh-so-satisfying!

Called out by a charity! Is there a more painful punishment?

This is why people refuse to accept their parents' friend requests on Facebook. Parents will always call you out on your lies.

Pretty much all of the famous people are on Twitter, you know. You'll have to go elsewhere if you're trying to spread lies about them.

Man, those trees sure did know how to grow exactly where the chairs were, huh? Nature sure is crazy.

You don't need a tragic backstory to post a picture of yourself looking attractive. Just post it. Nobody really cares that much.

There are plenty of gross images related to the food industry that you can share if you're trying to make a point. You don't have to stoop to screenshots from a children's television show.

So we beat on, boats against the current.

Looks like some people actually are special for reading The Great Gatsby if even you didn't do it.

Ignore that paint transfer. The crocodiles in australia are well known for painting themselfs black to blend in with the road and attack unsuspecting motorists : quityourbullshit from quityourbullshit

Maybe it was a guardrail named "Crocodile." Yeah. Let's go with that.

Kevin clearly has a lot of time on his hands. Which is pretty impressive considering all of those family members he has to support.

Nothing like being called out by the actual scientist you're making claims about! Next time do like two minutes of research!

That could have something to do with it...

A "hole fuel system" sounds like a bad system! We're pretty sure there shouldn't be any holes!

Sure, it'll cure cancer, but it'll also kill you. Talk about a win-lose situation.

That's so weird. This is also my sister! (Just kidding.)

I'm going to keep this in mind next time I'm feeling particularly smart or advanced. I've got nothing on onions.

If you're going to write an awful review for a restaurant, at least wait until they're actually open. That's, like, step No. 1.

He's still a very large man, and those two guys are even larger. You can be surprised without lying.

Called out by the parents yet again! Here's further proof that parents will always reveal the truth.

Any other lies you want to spread? Don't do it on Captain Marvel's watch.

This GIF is the definition of perfect. He's not dead! He's right there!

Screen rant publishes articled called '15 actors who regretted being on Star Trek', gets called out by the EMH himself, Robert Picardo : quityourbullshit from quityourbullshit

It's almost like these companies just create content with hyperbolic titles in order to get people to click rather than actually doing even a little bit of research. Hm.

Did he forget to mention that he also invented a time machine? Because that also happened.

Again: Just post the picture. You don't need a backstory.

Sun in your eyes.

Never mind that that's not how shadows work. You do you.

You might have still had a Walkman in 2005. Maybe. But you definitely weren't listening to this song in the '90s. Unless you used that other guy's time machine...

Yet another use of the time machine! Share this with someone who's not afraid to share the truth.