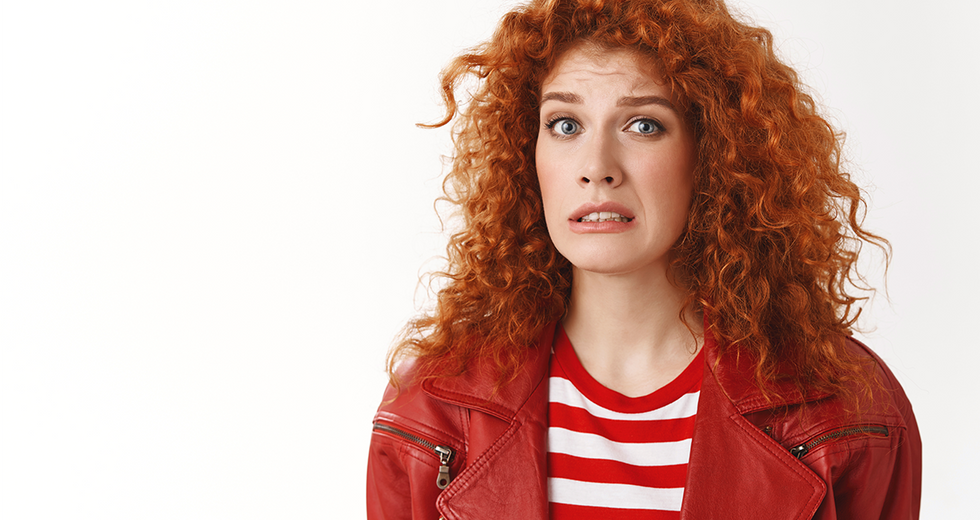 Listen, the internet is a marketplace, and the currency is ideas. You have a banger tweet that'll make everyone re-examine the way they feel about the important issues of the day, such as anything happening in politics, or the movie Joker? Then, baby, you're about to be an internet millionaire! (Read: a poor person who gets a lot of likes and retweets.)

But if you're going to make it in this big old marketplace of ideas, you've got to put yourself out there. After all, it's only the hottest takes that'll gain any traction. That means that sometimes, your opinions will not bear out, and when some internet historian comes to collect the ideas from a few years previous, your post might have aged like milk.

That is to say, not well.

In any event, here I am, the internet historian I was just speaking of, collecting posts that have not aged well. You have to respect these folks for sticking their necks out, but at the same time, you have to laugh at them for being so so so wrong.

Imagine the biggest movie ever that breaks all the records hinging on the two most powerful mythological beings in all of popular culture realizing their moms are both named "Martha."

There's definitely an "I'm looking at the man in the mirror" joke here, but I'm not going to make it.

Think different (And by "different," Apple meant "not so incredibly wrong.")

And as we all know, Apple went away and never changed literally everything about how we communicate and interact with our world ever again.

Uh, good use of your time, pal.

You can imagine this runner telling his family, "I'm going to run 110 miles for a cause I care deeply about," their response being, "That's great, we're so proud of you!" and then reading this article later and deeply, deeply sighing.

I cut out this article and pinned it up on my wall for most of 2016, to center myself when my anxiety ran away with me. Anyhow, that's why I don't meditate anymore. I was right to be that anxious.

They even half-gave back Spider-Man.

It's easy to laugh at Sony for saying this, but you have to remember, they messed up Spider-Man. Imagine what they would have done with Thor. Maybe people don't care about the other Marvel characters, but Marvel has the ability to make them care.

I mean, it's not like Bart Simpson himself had any say in the Disney-Fox merger, but man did this guy's punk rock aesthetic ever take a hit because of it.

And what's especially cool about google is, they stayed that way forever. There is no place on the internet with less ads than Google.

Tough L for my guy.

The poor writer of this article had to see the Keanu trend pop up specifically because of how much we all felt for a guy who lost his dog. Hard times.

It's hard to know why Google+ failed, since it was a pure social media platform — no weather, no news feed, no links to sponsors, no ads, no distractions, no portal litter.

It was still rude.

In football, they talk a lot about "process" and "results." It's good process to go for it on fourth down, but bad results if you don't get it. The results don't affect the process. It's bad process to tell people they look pregnant, even if the result is that they were right.

Not only do we all have a calculator in our pockets, but those calculators also probably one of the least-used apps on our phones. So what were you teaching us even?

At some point late in 1999, I remember my uncle telling me that if Y2K was going to destroy our digital infrastructure, it wouldn't happen at the stroke of midnight — it'd happen three or four months into 2000. Anyhow, it was April 2000 when I realized my uncle was a dummy.

And we all went home happy.

I would never say "mission accomplished" after cleaning my apartment for fear that I missed something. Imagine saying that about something as complicated as international warfare.

His face when first reading the plaque was key.

A plaque my mom gave to my dad five months before they divorced. - SpaceMentality

He was so good they replaced him with Joaquin Phoenix after appearing in 0.4 movies.

Man, NordVPN hired an illustrator to design an image of a thief while the real-life version of that thief was dipping into their servers.

Oh, are you... are you bragging about murdering the planet?

To be fair, I don't know if anyone was listening to Panic! At The Disco in 2010, but I've got high, high hopes people are listening to them today.

Every guess as to what the cybertruck would look like aged terrible.

As we all know, Tesla's cybertruck came out looking like a car from an early Playstation one game. The idea that it would looks futuristic is laughable today.

They tried to get us to stop pirating.

It's not like Elizabeth Olsen was in the highest-grossing movie of all time with Avengers: Endgame or anything.

I just don't have a phone now.

Was the idea that, in making their phone more efficient, Apple would just forget to release a phone? Because the iPhone 11 is actually real, and it has a lot of cameras.

He'd be right if we still had dial-up.

To be fair to Paul Krugman, it's easy to forget how the fax machine revolutionized literally every business and changed the way we spend money and interact with people.

The funniest joke the Joker's ever told.

The Joker's simply existed in popular culture for so long that of course he's used words whose meanings have changed. And yet, we must still laugh at him saying "boner," for it is as funny as anything has ever been.

Make it a Blockbuster night.

Haha, this Roku remote thought Blockbuster was going to survive. Another thing that aged like milk — did you know Blockbuster had the chance to buy Netflix early on, but was like "Nah, they're not going anywhere"?

Imagine seeing memes — the most fleeting and impermanent of comedy imagery — and deciding to have them permanently tattooed on your arms. Most tattoos seem cool for a couple years after you get them before they turn embarrassing. This guy must've felt that shame sting, oh, I dunno, 0.0025 seconds after he got them? If these didn't make you cringe, the next batch of horrible texts certainly will...