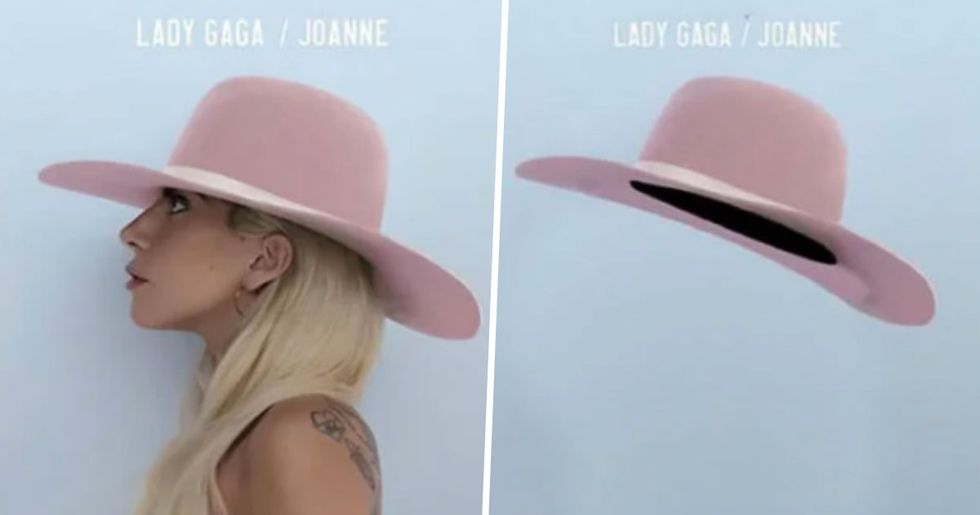 Some countries severely restrict women's rights, and Iran is one of these countries. Women are not allowed to possess the same rights and priveledges as men, and they are often simply seen as servants, who are there to do nothing but care for and serve their families, in the eyes of their husbands.

Iran has now taken drastic measures to prove their disregard towards women by completely removing female musicians from their album covers on music streaming sites.

It's bizarre to think of a world that doesn't allow a person equal rights because of their gender.

But it is a sad reality that women were once not granted equal rights and priveledges to those of men.

Women's rights are the fundamental human rights that were enshrined by the United Nations for every human being on the planet...

These rights include the rights to live free from violence, slavery, discrimination, to be educated, to own property, to vote, and to earn a fair and equal wage to that of men.

Women all around the world deserve equal opportunities.

Global Fund for Women is an organization that stands for the equal rights of women that are enshrined in the Universal Declaration of Human Rights, which includes standing by a woman's right to decide whether or not she wants to have children, or whether she wants to marry.

Despite these tireless efforts...

Women's rights are not practiced globally and many countries continue to hold an old-fashioned and ignorant view of women and their rights as human beings.

Iran is one of these countries.

Iran has severely restricted the rights of women in numerous situations since the Islamic Revolution of 1979. Before this revolution, women in Iran were free to do as they pleased; they could wear what they wanted and could go on to study in higher education.

The new Islamic authorities knuckled down on women...

Women from then on were required to wear hijabs and headscarves at all times, their clothing was restricted to garments that would completely cover their bodies up, it was extremely difficult for them to obtain the same education as men, and they were forbidden from being in prayer rooms with men.

The rights of women in Iran sadly haven't improved at all. Women are now even forbidden to play sports and they cannot watch men's sports in stadiums such as football and volleyball - which is Iran's national obsession.

Even if a woman's son, brother, or husband is playing the sport...

She will be forbidden from attending the sporting match or from even watching. Ghoncheh Ghavami, a dual Iranian-British national, was arrested when she tried to attend a volleyball game in Tehran, and police are often posted around stadiums, in part to keep women out.

But not everyone is happy about Iran's laws against women. Human Rights Watch has launched a new campaign, #Watch4Women, to support Iranian women whose lives are repeatedly made much more difficult from the disgusting laws that Iran holds against them.

Yet these efforts are consistently diminished.

And the acts of an online music streaming site from Iran have highlighted perfectly the country's unhealthy and backwards attitude towards women.

The streaming site has completely edited out any female body from album covers.

And this includes the work of female artists, such as Taylor Swift's most recent album, Lover.

Lady Gaga is transformed into a floating hat for Joanne...

Billy Eilish is absent from her usual creepy cover of When We All Fall Asleep...

And it has to be said, whoever has edited the album cover has done a pretty poor job of it.

It was the Twitter account, Pop Crave, who pointed out the bizarre trend of completely diminishing female artists, and the sharing of this discrimination has gone viral.

Of course, people are not happy about it.

Despite many laughing about the pathetic attempt to conceal these talented and powerful women, many have found the cover-up of the artists insulting and narrow-minded.

And people have made sure to emphasize the outrageousness of Iran's choice to fade out female artists.

Their attempt to make Nicki Minaj disappear has been laughed at online...

Iran appears to be the only country in the world that wants to make successful female artists disappear completely.

The site made a swift job of blurring out rapper, Iggy Azalea.

The streaming site clearly hasn't listened to any of the music that it has made available...

"The jokes on them because cause I put a vagina reference in every song so who really won," she wrote sarcastically.

This is only a small example of discrimination against women in Iran.

It's clear that the women on these album covers have been removed as they were not covered up "appropriately," but doesn't this just highlight the twisted and discriminatory attitude that Iran holds against women even more? Change in this country is urgently needed, but it's unclear as to whether the government of Iran is ready to open their eyes or not.