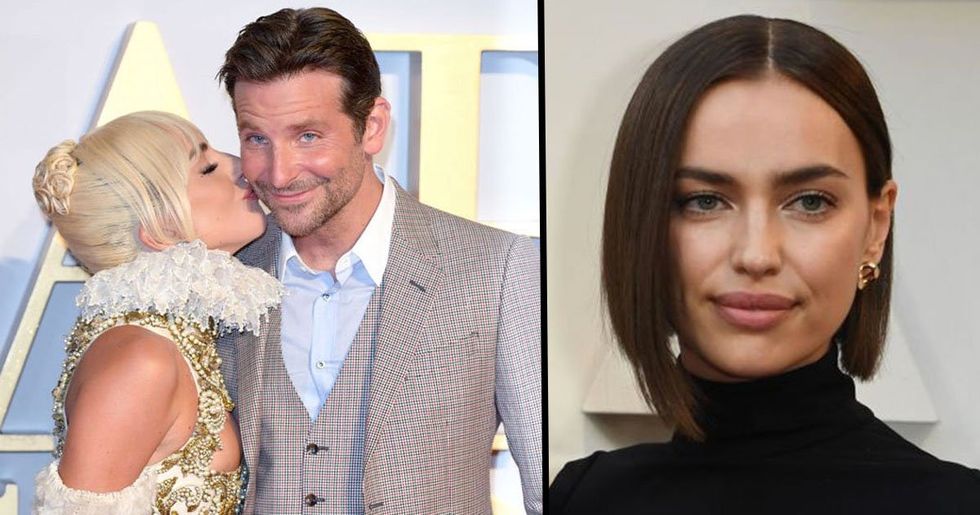 It’s not always fun being a celebrity. Although you’ll have the fame and fortune, the glitz and the glam, your life will still be constantly dissected by the public and by the media. You become a celebrity and suddenly your every choice and movement is being criticised by some form of the wider public. Things like, the food you eat, the clothes you wear or the religion to practice all turn to the basis for some pretty vicious comments and mean-spirited rumours. Another favourite nit-pick often turns out to be the person you are dating, or the person you wish you were dating. Recently, it appears that rumours concerning the supposed romance between Bradley Cooper and Lady Gaga have been further cemented by Cooper’s current girlfriend, who just made a bold move on social media.

Lady Gaga has been making many headlines this year.

The ‘Poker Face’ singer has been the talk of the world since she starred in the musical movie, A Star is Born.

A performance that has been met with nothing but praise.

Although this wasn’t Gaga’s first time on the screen, having appeared in two seasons of anthology show, American Horror Story, it was still the first big movie role to be given to the famous musician.

And it’s one hell of a performance.

And Gaga’s portrayal of the tough and spunky Ally has received nothing but high praise from fans and critics alike.

She was even nominated for an Oscar.

Her performance was even nominated for an Oscar, placing her alongside such acting talent as Glenn Close and Olivia Colman.

And Gaga did a lot for this film.

Although the film was conceived as the perfect directorial debut for actor, Bradley Cooper, Gaga admittedly made the film the success it turned out to be.

She even wrote the music.

Gaga even lended her hand to the film’s score, composing the Oscar-winning anthem “Shallow".

But, it seems that the film has been receiving attention for other reasons.

Since the film premiered, there has been some discussion about the nature of Gaga and Cooper’s relationship.

And how much of what was on screen was real?

Some people seem to believe that the co-stars may have fallen in love with each other on set.

Which wouldn’t be surprising.

If the rumours are true, this wouldn’t be the first time that a director and lead actress have done the dirty behind the scenes.

This has all happened before.

Do you remember when Kristen Stewart had an affair with her Snow White and The Huntsman director, Rupert Sanders. Something that eventually led to the destruction of Stewart’s relationship with Twilight co-star, Robert Pattinson.

And of course there was Brangelina.

This isn’t even the first instance of co-stars sharing more than just screen time, as was the case with Brad Pitt and Angelina Jolie, who began their affair while working on the film, Mr and Mrs. Smith.

However, the Gaga rumours have yet to be proven.

Even with the amount of “Shallow" performances they have done.

Recently, rumours of the co-stars’ secret relationship surfaced again after the Oscars, where the couple performed their Oscar-winning number.

And there was passion…

Some said that the performance was almost too passionate for two friends, igniting the idea of an affair once again.

Even other actors have commented on the rumours.

After the Oscar performance, actor David Spade, posted this picture on his Instagram. His caption reading, “Is there any chance these 2 aren’t f*****g?"

And it seems that someone else has noticed.

It was recently revealed that Cooper’s current girlfriend and baby-mama, Irina Shayk, had unfollowed Gaga on Instagram before the Oscars.

Seeing as the pair had previously seemed to get along, especially in their awkward situation.

And some are wondering…

Does Shayk actually hate Gaga? And if she does, for what reason?

Well, a recent source had some answers.

Recently, an unknown source told The Sun, that: "The stories about Irina being sick of Gaga have some truth to them, it’s not that she dislikes Gaga or is jealous of her, but she’s sick of the constant stories about her "close" relationship to Bradley."

But the source had more to say…

"She’s no stranger to cheating rumours – she dated Cristiano Ronaldo after all – but it’s been a long publicity campaign and she’s ready for it to end."

Again, which is fair…

But Shayk has been nothing but supportive of Cooper and his new film. Reportedly she has been thrilled by the film’s success – making her one proud girlfriend.

But someone else has been ‘vocal’ about the Gaga/Cooper rumours.

Cooper’s ex-wife, Jennifer Esposito, has also been known to comment upon the rumours about Cooper and the famous singer.

Does she know something we don’t?

Maybe she knows more about Cooper and Gaga’s relationship than we think.

But she may not also be the best judge.

Although Esposito can claim to having been married to Cooper, their marriage only lasted a meagre four months.

So maybe she’s not the one to ask.

Do I hear, a woman scorned?

So maybe Gaga and Cooper are just good actors?

Even though they deliver plenty of passion, this could just be a testament to their acting skills. Cooper is no stranger to the Oscars, having been nominated for several in the past.

And Gaga also has some awards under her belt.

After all, she did win a Golden Globe for American Horror Story: Hotel!

Are Gaga and Cooper star-crossed lovers? Or are they business partners? Should you even care? Probably not, but it’s fun to speculate.