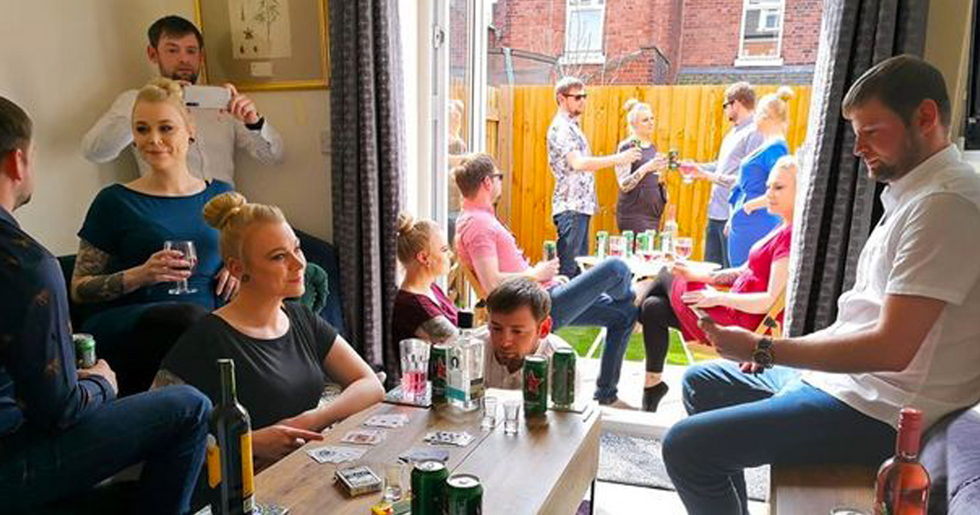 Many people around the world haven't been taking the rules of self-isolation seriously, but one couple managed to prank their friends and family in the best possible way by throwing an "Isolation Party."

And now, most of the world is currently living in complete lockdown and people are trying to master the art of social distancing.

Even though the death rate is rising by the day...

People are still roaming around as they please, and this has especially been happening in the United Kingdom.

We all know that British people love to socialize...

And it is very apparent that many Brits have been ignoring the nationwide lockdown in order to spend time with their friends over the last month.

Police have gate-crashed way too many house parties across the country...

@GranadaReports Can’t believe people’s stupidity! I wonder if the deaths to this awful disease were mapped in… https://t.co/e6mGSqA5DU
— Donna Allen (@Donna Allen)1586439260.0

And the rest of the nation is not happy about this.

The U.K. is experiencing some glorious weather at the moment...

Which makes venturing outdoors so much more tempting.

But one couple had a great idea recently...

From all of us at Essex Police: thank you for staying home, saving lives & protecting our NHS. Here are some pics… https://t.co/zXQIczPfHC
— Essex Police (@Essex Police)1586615400.0

And it certainly caused quite a stir online.

This is Simon Evans...

And he lives in Manchester with his girlfriend, Ellie Morley.

Along with the majority of the United Kingdom, Simon and Ellie are struggling with staying indoors during this influx of nice weather...

So Ellie decided to post a photo to a Facebook group that they are a part of that has been set up to help people stuck indoors during isolation or quarantine.

Here is the photo...

And she captioned it, "Isolation party!".

Members of the Facebook group were forced to do a double-take...

And, of course, many were immediately furious due to the government banning gatherings of more than 2 people.

But it turns out that this is just a case of some very clever photoshop.

Here is a close up of the picture, and as you can now see, Simon and Ellie have simply photoshopped numerous different pictures of themselves around the room to make it look like one big party.

It took the couple over an hour to take all of the pictures...

And a further 5 hours to edit.

Thankfully, people saw the funny side to the prank...

"I seen this and got so angry and said wtf! Then I realized it's just you both copied and pasted brilliant," one Facebook user wrote.

A job well done, we must say!

For more on how the Brits are coping with their lockdown, keep scrolling to learn about the man who dressed up as a bush...